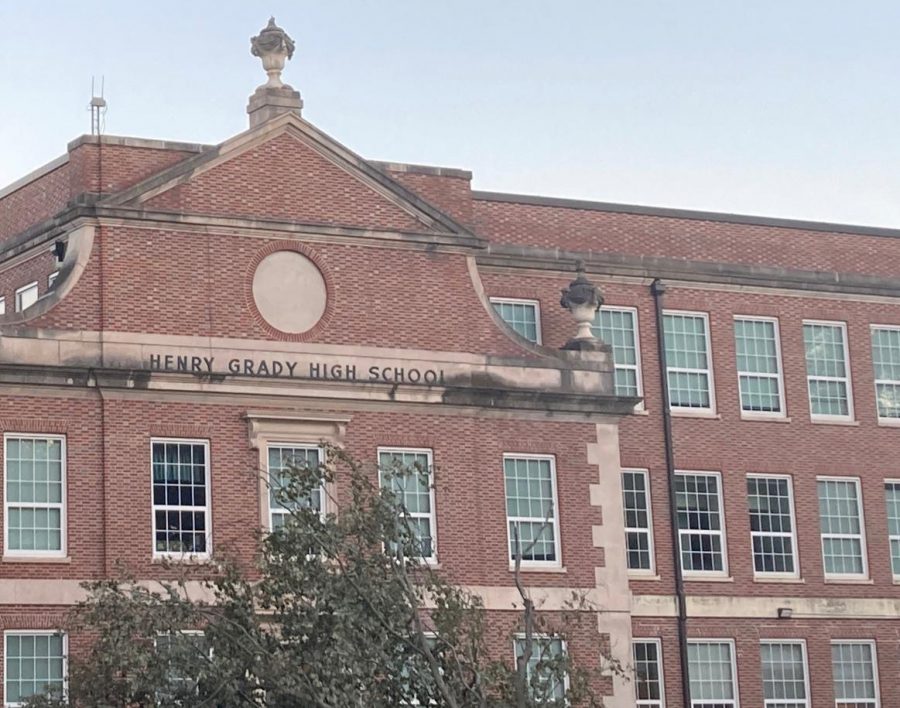 The Atlanta Board of Education voted to finalize Midtown High School as the new name for Henry W. Grady High School.

After months of deliberation, the Atlanta Board of Education voted unanimously on Monday Dec. 14 to finalize Midtown High School as Grady’s new name.

The Henry W. Grady name was originally used when the main building on Charles Allen Drive began construction in 1922, according to “Boys’ High Forever,” a history of Grady’s predecessor school, Boys’ High. The school officially became Grady in 1947 when it became coed. Last school year, a group of about 200 Grady students submitted a petition to the board seeking a new name because of the white supremacist views that Grady expressed in speeches. He died in 1889 and was editor of the Atlanta Constitution.

“People say ‘What’s in a name?’ Well, there’s a lot in a name,” Board Chair Jason Esteves said. “We can’t do work around equity and not address the name of buildings … It’s an important step forward as a school system.”

In March, Esteves asked board member, Leslie Grant, to chair the Grady Renaming Committee. After months of feedback from stakeholder groups and deliberations, the committee recommended the name of Ida B. Wells to the board. However, many felt that this decision did not accurately reflect the community’s preference.

As a result of community pushback, including a petition created by Grady cluster parent Audrea Rease, the board allowed students to vote the week before Thanksgiving break. Rease’s petition received over 2,000 signatures, and she believes that it made a difference in the board’s final decision.

“I think that it wasn’t just my petition; it was really a community petition, and it was really an opportunity for people to express their opinions when they feel like they have been disregarded,”  Rease said.

Of the three names on the ballot, Ida B. Wells, Midtown and Piedmont, Midtown received the most support from students and became the committee’s official recommendation. At the Dec. 14 board meeting, Grant reflected on the process.

“It was a lot of work, but it was important work,” Grant said. “We look forward to that rolling out in the school and the spirit of the process being activated in the school.”

The name change has been initiated by students from the beginning. In 2016, the Southerner published an editorial calling for a reconsideration of the school’s namesake, citing a school in Texas named after Grady that was renamed. A group of students took action by presenting a name-change petition to the school board in March.

Junior Adeline Diem is impressed by the way students have been able to shape the future of the school.

“I think it’s amazing because we’re the people that go to the school,” Diem said. “We’re getting our education there. It’s a big part of our lives. The fact that we can have this amount of influence over it is incredible. And the fact that faculty members and people in APS will take this seriously and let students decide, I think is pretty cool of them.”

Diem voted for Midtown during the student vote and is excited about the decision of the board to finalize that name.

“It’s a right step forward, I think,” Diem said. “I’m happy that we are changing it to a place [name] rather than a person because there is no conflict of belief.”

Diem is also excited because the name Midtown is the same as the name of Peter Parker’s school in the Marvel Comics and Grady has been used as a filming location for the Spider-Man movies. The next movie in the series will film at the school in early 2021.

“I think it’s cool that we’re now going to the same high school that Peter Parker went to in the comics … which I think is a nice little loop close,” Diem said.  “So, that made me really happy.”

Not everyone is excited about the change. Some alumni have been vocal opponents of changing the name of the school since the beginning. When the student petition was submitted, a group of alumni countered with their own petition against the change. A 1962 graduate, William Hedgepeth, was among its signers

“I just think a great injustice has been done,”  Hedgepeth said. “We are all products of the time that we live in … Henry Grady was universally seen in his time as a progressive … and the idea of just arbitrarily calling him a white supremacist or anything like that is just plain slander.”

Hedgepeth strongly believes the name should not have been changed but adds that next to keeping the name the same, Midtown was the best alternative.

Henry Grady III, the great great grandson of Henry W. Grady, believes the new name does not reflect the school.

Even some who strongly believe in changing the name from Grady are not happy with the final decision of Midtown. During the student vote, senior Lucia Fernandez voted for Ida B. Wells because she thinks it is more representative of the school community.

“I wanted to support a person of color, a black woman, and I wanted us to make a statement as a school because I feel like we have the opportunity to do that,” Fernandez said. “And I also feel like Midtown isn’t inclusive of everyone.”

Fernandez thinks the current construction of an additional building on the school’s campus, which is scheduled to open next school year, offers an opportunity to still honor important Atlanta figures.

“Since we decided to choose more of a conceptual name for the school, I think that we have the opportunity to name different parts of our school after Atlanta’s heroes,” Fernandez said.

Grady III hopes that even with the name change Grady’s legacy is still recognized at the school in some way.

“I hope there’s some sort of a memorial or a plaque or history site of the origin of the school so people can remember how they have gotten to be where they are today,” Grady III said.

Hedgepeth agrees there should be a sort of memorial to Grady and believes the school still has a responsibility to educate students about who Grady was.

“I think that they owe it to the students, to really, at last, educate people as to who Henry Grady was,” Hedgepeth said. “I think that his name is worth commemorating and remembering, and not just slapping the title racist on him and letting it go with that. So, education is what’s needed. After all, we’re talking about a school, and what is a school for but education?”

Senior Bianca Careaga also thinks it is important to teach future Midtown students about Grady, but thinks the education should focus more on the history of Grady and how the new name of the school is “moving forward to better things.”

Careaga, a member of Grady’s chorus, says that this year is the last year the chorus will sing Grady’s alma mater and that they are working on writing a new song. Anyone is welcome to contribute to the new lyrics.

“My chorus teacher wants us to sing the Grady alma mater song,” Careaga said. “And hearing the lyrics with the name change happening and stuff, we’re having ideas of getting a new song for our school.”

Careaga believes the name change process will be a memorable part of her senior year.

“My last year of high school, we were able to change the name and do something important, leaving the younger students to keep pushing for change and make Midtown High School better,” Careaga said.

Rease, the parent who started the petition for a place-based name, hopes the final choice of Midtown helps to unify the community.

“‘Individually, we are different, together we are Grady,’ Rease said, reciting the school’s current motto. “I certainly hope that that will continue under the name of Midtown High School and that all of the community attention that is renaming has gotten will be converted into additional community support for the school on an ongoing basis.”