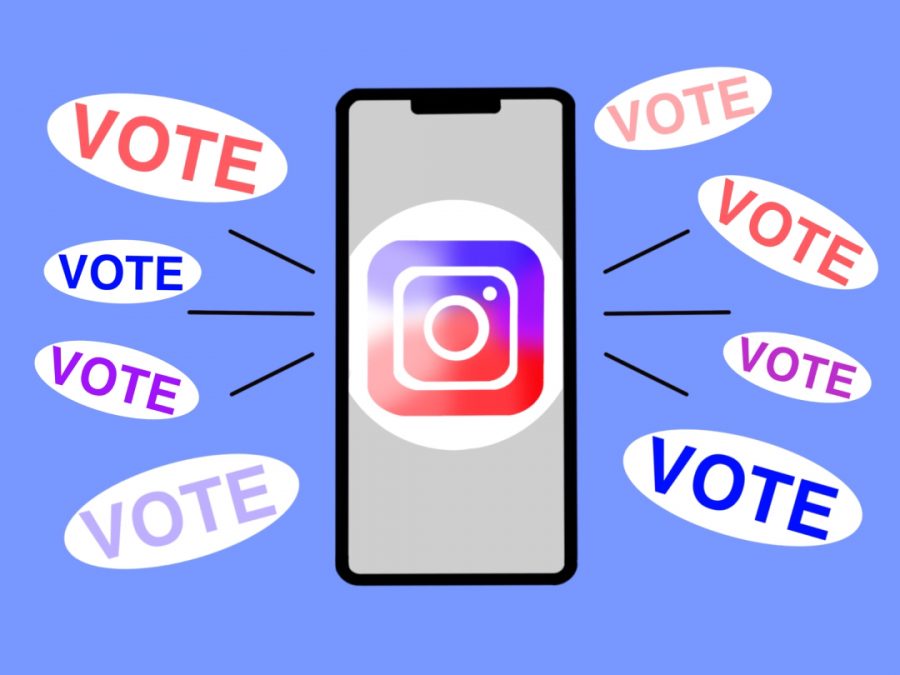 Social media is a common way for young voters to get voter information.

With the conclusion of the presidential election, the voter turnout has reflected a surge in youth voters since the 2016 election. This increase in votes made the Georgia race much closer, causing a Democratic flip.

Carolyn Capelouto, a 21-year old Grady alumnus who voted by absentee ballot, said she felt very encouraged to vote in this election.

“I think we see a lot more voting promotion on social media, which is obviously targeted towards young people,” Capelouto said. “This whole past summer I think has really mobilized people to turn out and vote.”

“Even though I wasn’t able to vote in the last election, I was on the brink of being able to vote;so, I saw all of the social media and advertising for it,” Melissa Drake, a 21-year old Grady graduate,  said. “There was definitely a lot more of that this year. I think there was a lot more emphasis on how important it was for younger voters to be active in this election.”

Capelouto believes the impact of young voters in the presidential election will translate to theSenate runoff tomorrow. This is a unique senate election because two seats are open due to a special election between the appointed Repulican Senator Kelly Loeffler and Democratic candidate Rev. Raphael Warnock. This special election is the result of previously elected Senator Johnny Isakson’s resignation due to health reasons. The other runoff is a traditional election between incumbent Republican Senator David Perdue and Democratic candidate John Ossoff.

“I think the Senate runoff has been getting so much national attention that I don’t think there’s a way for people to think that their vote doesn’t count, especially since Georgia flipped in the presidential election and went blue by such a small margin,” Capelouto said. “Although, the Senate race is not a presidential race; so, that may not give it as much promotion.”

Senior Andre Myette is a part of the program When We All Vote, a non-profit that partnered with Atlanta Public Schools to register student voters and young voters in the Atlanta area. Prior to the Nov. 3 general election, the program registered 576 eligible voters.

“I think as time goes on, people are realizing more and more how important it is for every single person who is eligible to vote, including younger people,” Myette  said. “Especially since voting often determines the future of our lives, I think a lot of younger people are realizing they have an impact. We’ve created an environment where youth voting is cool and encouraged and I think social media has played a big role in that.”

“I have a link in my profile that can register people to vote, and I post information about it pretty frequently,” Silcock said. “There are so many young people on social media and many things get shared around. It’s an easy way to access things like you might not read the news every day, but you’re probably on social media.”

Myette believes voter encouragement is a psychological process that needs to be a shared mindset from an early age. This way, elections in the future will receive higher voter turnouts.

“A lot of studies and general findings discover that when people are in an environment where they’re encouraged to vote, they become a voter for life,” Myette said. “So instead of saying something like ‘I voted,’ people start saying ‘I am a voter, I’m a lifelong voter, and I always will vote.’ I think the earlier that you register and start voting, the more likely it is you’ll continue to vote your entire life.”