Coronavirus pandemic emblematic of the failure of neoliberalism 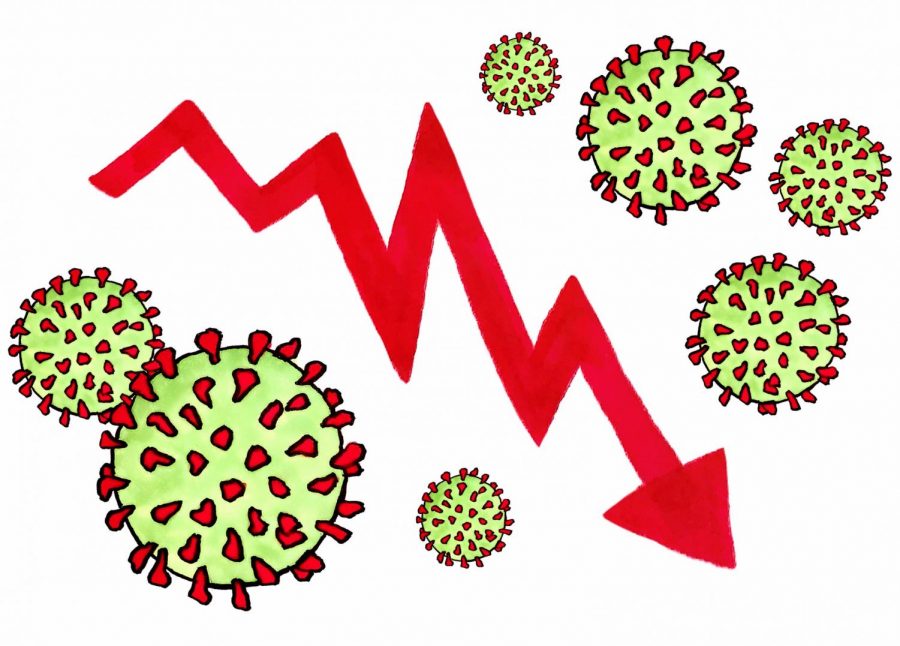 The coronavirus pandemic has magnified the flaws of the United State’s neoliberal society by relegating health conversations to those of economic recovery.

As the American public sits on their couches and in their Zoom meetings a year after the first case of  Covid-19 was confirmed, many cannot help but wonder why the coronavirus pandemic is still taking a toll on the lives of every American. While Americans can point to slow responses, faulty administrations and a lack of preparedness, the heart of all of these is our system: neoliberalism.

Neoliberalism is most commonly described as an economic and political theory associated with the resurgence of classical liberal thought, marked by the use of free markets as a mechanism for resource allocation and by overarching social values of individualism. The theory is inherently opposed to collective action enforced by the state or other entities, a stance which precludes social programs like free healthcare, secondary education and other programs that consist of the government facilitating free services for its citizens.

While praised by some as the most efficient resource allocation process because of lower taxes, deregulation and increased privatization, neoliberalism has received significant backlash on multiple fronts. The push for infinite growth in a finite world is why the harms of neoliberalism outweigh its potential fiscal successes. The tendency of these so-called economic freedoms is to only benefit those powerful enough to use them.

Lobbying, deregulation and monopolization allow for profiteering, most notably in the healthcare industry. We see the politically and economically powerful consistently work together to raise their own profits at the expense of average Americans. Insurance and drug companies have been known to donate to Congress people in the hopes that they’ll represent their interests. More recently, U.S. senators held a closed-door meeting after which several dumped stock, effectively avoiding the coronavirus induced market collapse that soon followed. Instead of forcing market competition and pushing prices down and quality up, companies are free to overprice and rely on government allies to save them from international competition. This is not antithetical to neoliberalism – it is a logical consequence.

It is bad enough that millions of Americans and billions worldwide are relegated to a system not only prone to, but necessarily defined by its per decade collapses. Because our economic system is based on growth, periods of negative or slow growth, such as the mandatory economic shutdown caused by the pandemic, mean the poor get poorer, and many lose their jobs. All that said, economists and political theorists can and do argue about what system is best for preventing recessions, but the problem arises when one considers that the pandemic was out of anyone’s control.

The Federal Reserve can buy all the bonds it wants, it will not stop people from dying. The Fed can decrease the banking reserve ratio as much as it wants, even to nothing, as it did in response to the Covid-19 recession, and it will not give this country a medical system that is prepared for catastrophes. Vicenç Navarro, a health and public policy professor at Johns Hopkins, made the assertion that because of both our politics of austerity (marked by “considerable cuts to social policy expenditures, including medical care and public health services”) and our privatized health systems, coronavirus responses were doomed to fail because economics were at the forefront of our response. In early April of 2020, a team of doctors from a number of large medical universities reported that the United States had a worrying shortage of personal protective equipment (PPE), which had proven to be fatal in other countries. When the pandemic hit the United States, healthcare workers took to pleading for PPE on the internet and using ineffective replacements like scarves and shirts. The U.S., which had previously relied heavily on Chinese imports for medical masks, was at a complete loss due to a sudden decrease in trade.

PPE was not the only category of equipment to quickly become sorely unavailable. Soon after the epidemic hit the United States, hospitals ran out of ventilators, having to ration them and decide which patients should receive them. This quickly became an outlet for discrimination against people with disabilities. In many states, people with Down Syndrome are at the back of the line to receive ventilators because of associated heart problems that have no bearing on their ability to survive a virus like Covid-19.

Even more unthinkable, The New York Task Force nearly decided that it had the right to take ventilators from people who needed them due to preexisting conditions and give them to otherwise healthy Covid-19 patients. “I vividly recall a heated discussion during the Task Force deliberations in which we debated what would constitute the pool of ventilators that would be subject to allocation. Would someone who used a ventilator due to a chronic disability lose that ventilator to the collective?” writes Joseph J. Fins on the New York Task Force. The simple fact that whether Moderna or Pfizer releases their vaccines faster than the medical norm controls economic recovery, is embarrassing. Economics should not equate to health. We should focus our efforts on a safe society, not one whose medical rhetoric is diminutized to discussions of the economy. Navarro furthered that without a system that places a public which can mobilize as a unified front to the foreground, and not one that looks primarily to mitigate GDP loss, every large catastrophe will be unsuccessfully controlled and every small one (especially those that disproportionately affect the poor) will be traversed in the name of economic growth.

All of this inevitably begs the question, “What are we to do?” Do we push for a welfare state, an even freer market (where the public can get cheaper Canadian pharmaceuticals, etc.), or conversely, do we collectivize everything under the sun? The truth is there is no consensus. That said, most can agree we should have a system where we can be safe during a lethal pandemic without worrying for our jobs, retirement mutual funds and rent payments. As Navarro put it, “demand[ing] substantial and profound changes” is a must. The fact that so much of our most recent presidential election was focused on this pandemic and fixing our health systems shows that Americans recognize the need for that substantial and profound change. At the end of the day, the American public (as well as the global public) should not have to decide between putting food on the table and getting sick. This impossible choice is not a symptom of the coronavirus. It is a symptom of neoliberalism.