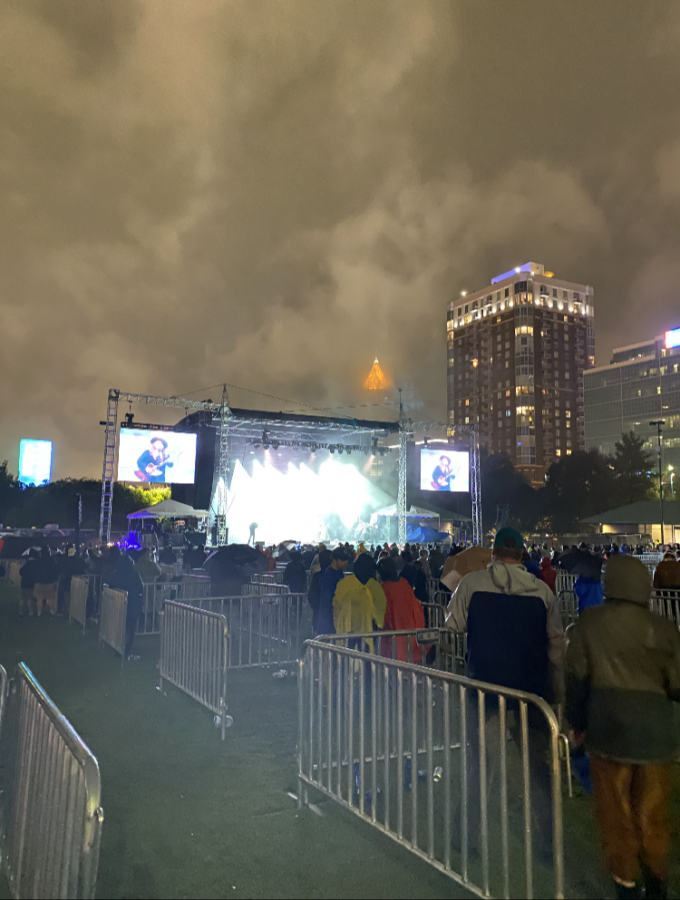 The unique pod system of the concerts allowed for a new experience for many attendees.

One of the industries hit the hardest by the Covid-19 pandemic was the entertainment industry, specifically concerts. However, Centennial Olympic Park is attempting to revive the industry locally by hosting socially-distanced concerts, allowing people to safely see their favorite artists while maintaining the ways of a normal, live music event.

After the initial outbreak of Covid-19 in March, Centennial Olympic Park ceased all events and gatherings. The performances of artists such as Futurebirds and The Marcus King Band on October 24 and Big Boi on October 25 mark the start of the first events the park has hosted since the outbreak.

Karen Bond, a Grady parent who attended The Marcus King Band concert, appreciates the work the park is doing to put on concerts.

“Even if we have to deal with a few inconveniences, it’s worth it to be able to see live music again and feel more normal,” Bond said. “I would definitely recommend these concerts to other people, especially with people feeling all types of different mental and emotional stuff from Covid-19. I think that people getting out and doing something they like to do would definitely help.”

The concerts are organized to keep people distanced. Fans are organized into pods of four to six people, rather than individual seats. Food and beverages are ordered through a mobile app and delivered directly to the pods. Attendees are required to wear masks and have their temperatures taken.

“I never felt like there were too many people around, but it was raining when I went,” Grady parent Heather Hallett said. “I think if it had been a beautiful day, the atmosphere may have changed, but it was very quiet. But overall, I liked the pod system.”

Parker Hendricks, a marketing specialist for the Georgia World Congress Center Authority, believes the pods gave the attendees a different experience, similar to a VIP section.

“I don’t think people understood what the pod system was going to be like before they got there, but once they got there, they realized it’s like their own personal VIP area,” Hendricks said. “I think once people got there and saw the setup, their minds were put at ease.”

Despite the price increase for concert tickets as you are paying for an entire pod instead of one seat, Hendricks hasn’t received many complaints about the pricing. Attendees must purchase pods together and individual prices for each attendee range from $50 to $100, depending on the distance from the stage. Hendricks believes fans appreciate the opportunity to even have a concert experience at all.

Hallett was impressed with how smoothly the concert was organized and would potentially attend another in the future if the capacity remains limited.

“Even with the rain, I was so happy to be able to listen to music,” Hallet said. “It was actually the highlight of my whole month, and I would very happily go to another concert.”