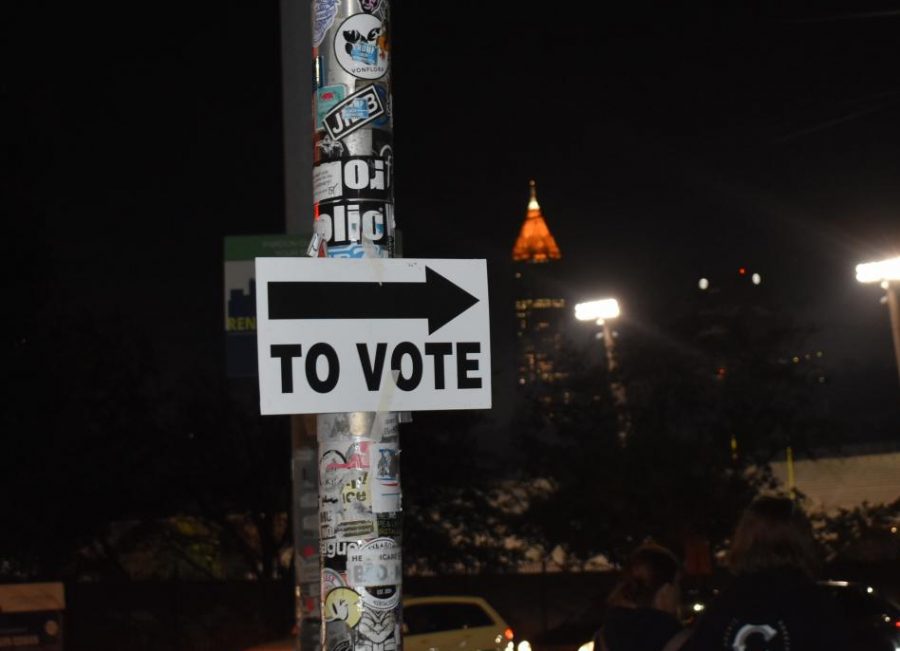 With the presidential race still too close to call, many eyes are on the City of Atlanta and its surrounding counties.

With many vital battleground states still counting ballots, there is still no clear winner to the 2020 Presidential Election, arguably one of the most historic presidential races in modern American history. At the time of publication, former Vice President Joseph R. Biden Jr. is leading incumbent President Donald J. Trump in the electoral college 264 to 214.

Many key races, including Pennsylvania, North Carolina, Nevada and Georgia, are still too close to call. Many of these states saw record absentee turnout in 2020 due to the coronavirus pandemic, which has slowed down the tallying of ballots in some states.

In Georgia, both the presidential race and senate race between Democrat Jon Ossoff and Republican David Perdue remain too close to call. In the Georgia Special election, incumbent Kelly Loeffler will face Rev. Raphael Warnock in a Jan. 5 runoff after neither candidate could capture 50 percent of the vote.

Additionally, both Gwinnett County and Fulton County have announced they will not report results on election night. In Fulton, a water pipe burst at State Farm Arena delayed the counting of hundreds of thousands of absentee ballots until tomorrow.

Georgia remains a crucial state for both campaigns as potential Biden and Trump victories may rely on Georgia and its 16 electoral votes.

Maggie Wells is a political science major and senior at Emory University who voted for Biden. She was also a panelist on a Presidential Debate analysis panel hosted by Emory. Wells says that her “biggest fear” is that Trump will declare premature victory.

Both candidates have remained confident about their current standing in the polls. Biden told supporters early Wednesday morning that “we believe that we are on the right track to win this election.”

Almost two hours after Biden’s speech, Trump falsely announced at a press conference from the White House that “Frankly, we did win the election.” The president then called for the Supreme Court to decide the outcome, saying, “We want all voting to stop.”

Sophie DuPont, a freshman at the University of Georgia who voted for Biden, was not expecting a projection on election night but is still worried about potential outcomes.

“I don’t want to see that I wake up tomorrow or in the next couple of days and realize I’m losing all of the rights I have,” DuPont said. “I’m scared … I feel nervous about going to bed tonight and not knowing.”

Adam Balkcom, a voter at the Park Tavern polling location across 10th Street from Grady Stadium, also said  this election would just be another cog in the political machine.

“I don’t think anything will dramatically change,” Balkcom said. “Every election they make a big deal and say that the world is going to end if the other candidate wins, but if you look at history, not a lot changes.”

Many Trump supporters are optimistic that Trump will pull through. Breana Tidall voted for Trump because she believes he is the most qualified.

“I voted for Donald Trump because I just feel like he can get things done, and he knows what he is doing,” Tidall said.

On the other hand, Biden voters like Grady parent Heather Hallet are hopeful that Biden will emerge victorious as counties finish counting absentee ballots.

“I voted for Joe Biden and Kamala Harris because we need a ‘president who will restore decency, honesty, and democracy to our country,” Hallett said. “These are all things that I feel have been slipping away over the past four years.”

Wells believes a Trump win would not cause a big shift in his policy.

“I think that if Trump gets another term, you’re going to just see a continuation of what has already been unraveling,” Wells said.

DuPont said she thinks there may not be a decision until Friday. Avery Allen, a 2020 Grady alumnus, voted in Florida this year. He said that no matter who wins the election, the outcome could cause social unrest.

“I honestly have no idea which way it’s going to go,” Allen said. “I don’t feel safe either way. I think that there’s going to be riots and protests following it, and I wish I lived somewhere else.”