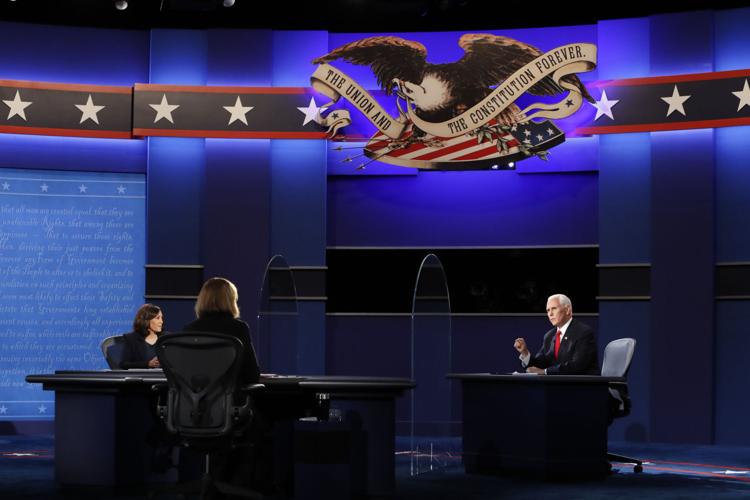 The debate showcased the divide between each ticket’s agendas, with both candidates holding firm to their stances on policies regarding Covid-19 response, economic recovery, taxes, climate change, foreign policy, the Supreme Court, reproductive rights and racial justice.

The first topic, the Covid-19 response, began with Pence defending the Trump administration’s response to the pandemic and crediting the American people for their resilience and sacrifice. Harris spoke directly to the camera for much of her time, bringing up Trump’s knowledge of a potential pandemic months before taking action and appealing to viewers at home about the current administration’s slow response.

In discussions over a potential Covid-19 vaccine, Pence accused Harris of “playing politics with people’s lives” after she said her support for taking a vaccine was dependent on health professionals, not Trump’s word. Pence also accused Biden of plagiarizing Trump’s Covid-19 response plan. Both candidates executed better when on the offensive than when they had to defend their respective presidential candidates.

Pence repeatedly talked over the time allotted to him, and USA Today journalist and moderator Susan Page weakly attempted to stop him, to no avail. Harris also talked over time occasionally, but not as frequently or for as long. Both candidates often avoided answering questions, with Harris dodging Pence’s questions about whether Biden planned to pack the courts. The issue of packing the courts continues to be a problem for the Biden-Harris ticket, and it will most likely continue to be a talking point against them as long as they leave it unanswered.

The topic of economic recovery quickly turned into a dispute over taxes, with Pence claiming that tax cuts help the average American family and warning that Biden will raise taxes. Harris said Biden will not raise taxes on anyone making less than $400,000, and laid out a comprehensive plan for economic recovery in her best performance of the night. Harris said that Biden will immediately repeal Trump’s tax bill that gave tax cuts to the wealthy and reinvest that money into infrastructure, green energy and education.

Much of the candidates’ attacks were directed at the presidential candidates, but Pence did go after Harris’s co-sponsoring of the Green New Deal, a bold congressional resolution that provides a plan to address climate change and create jobs in green energy industries. Pence contrasted Harris’ co-sponsoring of the Green New Deal with Biden’s insistence that he does not support the climate plan. Pence also claimed that Harris and Biden would ban fracking as part of their proposed climate plan, arguing that this would result in significant job losses. Harris repeatedly said Biden’s climate plan would not ban fracking.

The vice presidential debate was a noticeable improvement over the first presidential debate in informing voters about each ticket’s agendas. Both sides stuck to their expected polities, including on issues of the upcoming Supreme Court confirmation and protests for racial justice in response to the killings of George Floyd and Breonna Taylor.

A relatively smoother and more policy-driven debate than the presidential debate, Pence and Harris’ proposed policies were altogether unsurprising and favored appealing to their respective bases over moving the needle in any meaningful way.