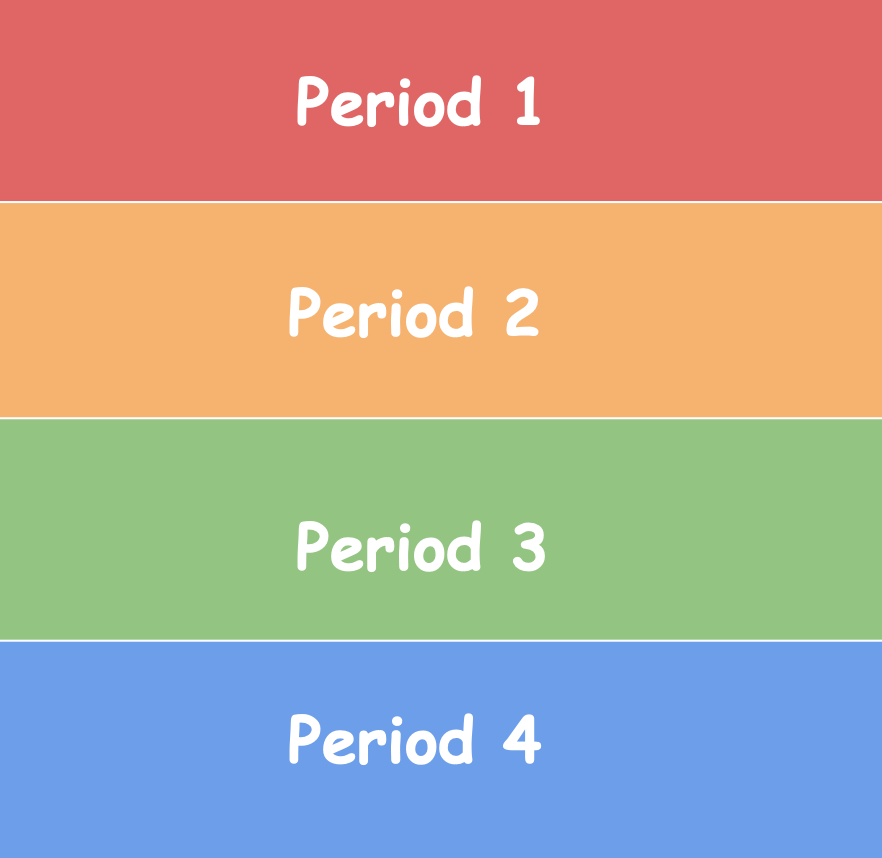 Atlanta Public Schools made the decision to change a fundamental aspect of scheduling for all high schools, in attempt to create a successful virtual learning environment. Students now have the same four classes everyday, instead of alternating "A" and "B" days.

As Atlanta Public Schools adapted to the challenges presented by the coronavirus pandemic, the district made the decision to change the structure of high school schedules, Grady included.

“This decision is being made for all APS high schools based on research indicating what leads to the most successful virtual learning experiences and outcomes,” Principal Dr. Betsy Bockman said in an email to parents and students.

“The time part is the part that’s getting me. We were ninety minutes and instead, now we’re seventy-five,” Pope said. “If we are going to have to finish the entire year in a semester, I need every minute I can get.”

Pope also recognizes the need for a break from the computer screen.

“The shorter classes and the longer break between classes allow students a little more time to not feel so overwhelmed,” Pope said. “It’s the greedy teacher in me that wants to have them for the full ninety instead of seventy-five.”

Biology and physics teacher Christie Lowell has had to speed up her curriculum like Pope, but she has attempted to lighten up on students’ out of class work.

“I’ve been trying to not assign homework just because I know that kids are really stressed and, you know, that’s not my style anyways,” Lowell said. “I’ve been trying to make the most of the time we have in class, instead of having to do outside of class, because it’s hard to stare at a computer screen all day.”

Both freshman Mischa Pollock and senior Shawn Gillespy miss alternating classes and the variety in their schedules. Pollock, who has yet to attend an in-person class at Grady, compares her current school day to her days at Inman Middle School.

“We had a snaking schedule so each day, we had different classes at different times,” Pollock said. “I liked the changing class times a lot. Now, we just don’t have that. ”

Although Gillespy would like to return to the A-day B-day schedule of the “4×8” block scheduling, she appreciates the lightened workload.

“I think we would have more work with eight classes, and I think that wouldn’t be good right now because of college applications,” Gillespy said.

Students in AP classes are concerned about the time between the end of their class and the AP exams in May.. In the past, teachers have left the last few weeks leading up to the exam for review. By the time the exam rolls around this year, students who had first semester AP classes will not have had their classes since January.

“I have all my AP classes first semester, and I know I’m not going to sit down and study for weeks in the spring,” Gillespy said.

Spanish teacher Lillian Ortegon will begin teaching her AP Spanish class second semester, yet she remains concerned about the shortened time she has with her students.

Lowell’s biology class will take a Milestones end-of-course test, but her physics class will not. Her physics class has more flexibility in scheduling and material covered because there is no cumulative testing at the end of the class.

“The physics teachers meet on Thursdays and the bio teachers meet on Tuesdays,” Lowell said. Physics is doing ok, mostly because we have that flexibility with not having an EOCT. Bio is pretty stressed right now about making sure we get everything covered.”

Lowell is pressed for time in her biology class but is relieved she only has three classes to manage this semester, instead of six. She said “4×4” schedule takes pressure off of teachers managing classes and students juggling school work.

“I think this is the best of a bad situation,” Lowell said.