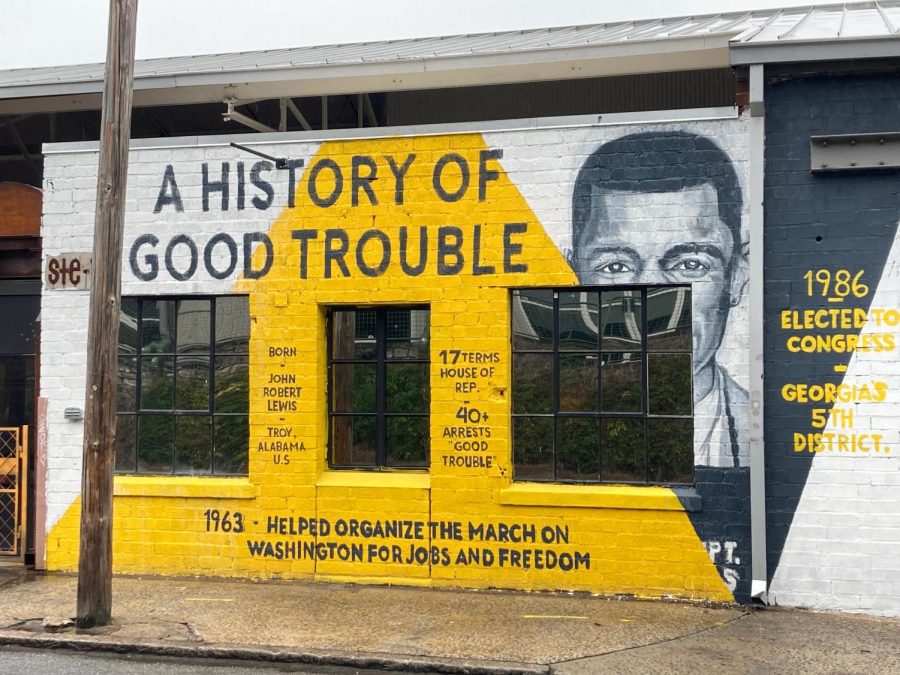 A new generation of voters will be casting their first ballots in less than a month. Ensuring high voter turnout, not only for this election, but for future elections should be a goal for all school systems, and we are proud that Atlanta Public Schools has made it a priority to vote.

Superintendent Dr. Lisa Herring and Board Chair Jason Esteves are to be commended for piloting the APS “Good Trouble” Voter Campaign. The campaign was created not only to ensure the registration of 100 percent of eligible high school voters in the district but also to commemorate the late U.S. Representative John Lewis’s dedication to the 5th congressional district, which Atlanta is a part of. There is no better way to honor the civil rights legend than to create a campaign based on his life work: civic engagement.

The “Good Trouble” campaign is in partnership with When We All Vote, a bipartisan non-profit dedicated to increasing voter registration nationwide. When We All Vote has a chapter at Grady, led by government teacher Chris Rhodenbaugh. Calling themselves the “Grady Good Trouble Voters,” the group has already registered 14 voters.

The district and Grady’s concentrated effort on registering voters should be commonplace for all school districts. All states should require students to take a civics class. Thankfully, Georgia is one of 36 states that require high school students to take at least a semester-long civics course. Civics emphasizes understanding the importance of voting and civic engagement, which should be a requirement for any eligible voter.

Rather than simply teaching students the importance of voting, schools should give them the resources and instruction on how to register to vote. Closing the gap between education and access is key to ensuring that students will actually register to vote, which the district-wide “Good Trouble” campaign and Grady’s When We All Vote chapter are actively taking steps to do.

According to the U.S. Census Bureau, eligible voter turnout in the 2016 general election was lowest among 18-to-29 year olds (46.1 percent). Eligible voters 65 and older had a turnout rate of 70.9 percent. While younger voters trailed their closest group in age, 30-to-45 year olds, in age by more than 10 percentage points, youth voters were the only group to report an increase in voter turnout from the 2012 general election.

Since 2012, the upward trend of eligible youth voters casting ballots is evident of the push for more civic engagement from youth. This trend needs to be supported with empowerment efforts from the educational institutions that depend on the youth, such as Atlanta Public Schools and its “Good Trouble” voter registration campaign.

The APS administration and the Grady Good Trouble Voters are to be applauded for their devotion to youth civic engagement. We hope to see their efforts pay off at the polls, in the form of a significant increase in younger voter turnout.