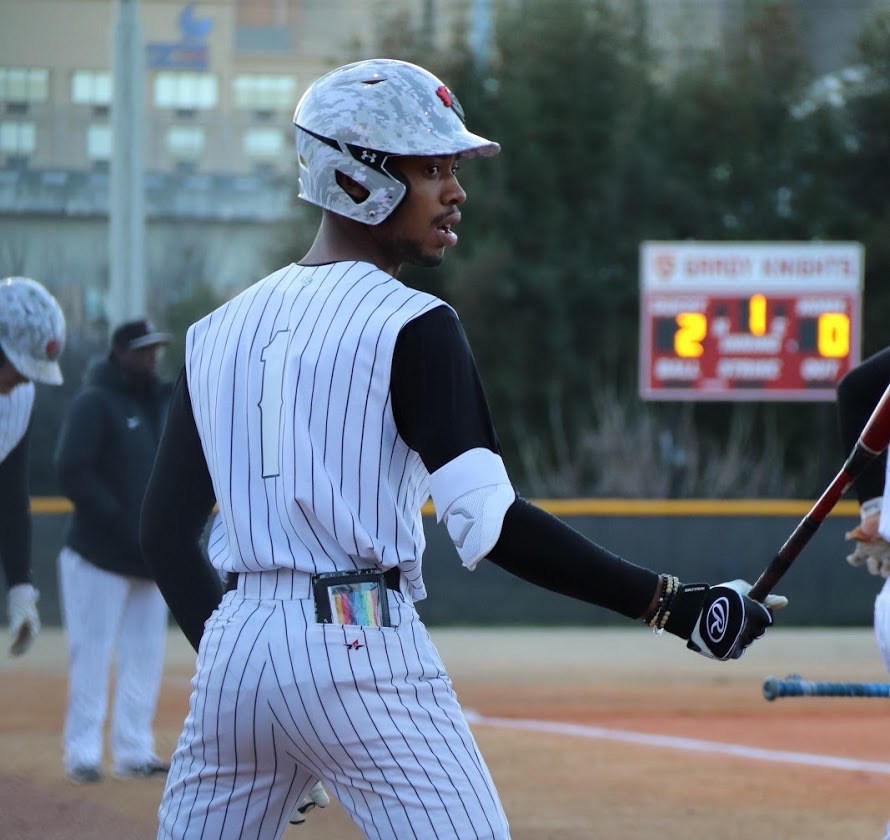 After making it to the playoffs, the Grady Knights baseball team lost in the first round to Blessed Trinity. Despite the loss, players and coaches are happy about their strong team and successful season.

Many high school athletes hope to one day represent a college team. Recruitment is the process that gets them there, but during the Covid-19 pandemic, that process looks different.

Atlanta Public Schools policy doesn’t allow spectators to be in-person at any sporting events, including any recruiters, presenting a new challenge to athletes. With the loss of several exposure opportunities like big camps and other recruitment hotspots, the new restrictions are playing a role in Grady’s athletes’ collegiate futures.

“Whether you’re playing school ball, travel ball, club ball or kickball in your backyard, those D1 and D2 schools cannot go recruit in person, and that’s a big factor,” said head baseball and softball coach Daniel Stockdale. “Your junior season, especially, is really important when it comes to recruiting, and with the season being cut short and no D1 or D2 coaches allowed to come recruit, that really hurts recruitment.”

Boys track and field coach Delbert Ellerton said some of his athletes may have experienced a similar issue regarding lack of exposure.

“The biggest issue in 2020 was we only had four track meets, so students missed an opportunity to have performances indicative of what they are able to do,” Ellerton said.

The loss of competitions could hurt because sports are an instrumental part of student athletes’  academic futures and provide  financial opportunity.

“For my athletes, who really focus on track and they have the ability, [running in college] is definitely something they shoot for because it lessens the burden of paying for college, and it is really, really expensive,” Ellerton said.

Volleyball athletes face similar issues being recruited by colleges without opportunities to demonstrate their abilities.

“Since there was no club season for the volleyball kids this year, a lot of the kids that would be getting offers over the summer from the club season weren’t seen,” said first-year volleyball coach Sandi Stein. “So, a lot of them are wondering, like ‘what are we going to do now?’”

Options can look pretty limited on how to get exposure to colleges and gain access to scholarship and recruitment opportunities since many lanes typically taken to get there are closed.

“I’ve got friends who are trying to get looked at right now and get offers, but it’s hard for them,” said Vanderbilt baseball commit and senior outfielder Christian Smith. “It’s just harder, especially since it’s a lot tougher to get invited to camps and be seen by recruiters at games, which is where a lot of people get exposure.”

Despite these challenges, there are ways to get recruited.

“I think [recruitment] is just different now,” said Athletic Director Patrick Johnson. “It’s going to be a different environment. The more difficult issue is not necessarily getting recruited because schools that are recruiting are going to figure out what the best ways to evaluate players are. If in-person evaluation is a bust, they might put more weight on the coach’s recommendations, previous film — that kind of stuff.”

There will still be ways for athletes to put themselves out there, it just may require somewhat of a different approach or emphasis on new aspects.

“Athletes will still have a chance to perform for their seasons, put together film and highlight tapes and stats and times,” Johnson said. “It is a little different having nobody in the stands because one of the things [colleges] use is in-person evaluation, but that we have to adjust to not having.”

Many athletes still face difficulty trying to get recruited by colleges , regardless of what measures they take.

“We have players that are interested in making it to NCAA D1 or D2 teams, but our guys are really focused on trying to get recruited to schools at a high level, but unfortunately right now those schools aren’t even allowed to come and watch us play,” Stockdale said. “It’s a pretty raw deal for them.”

Most coaches and players agree: the biggest change this year will simply come down to increased flexibility and adaptability.

“College sports and college recruitment isn’t something that’s going away, so whatever the circumstances look like this spring, I think you’ll have athletes figuring out how to adjust to a new normal,” Johnson said. “It’s just being flexible and being ready to take advantage of the opportunities that do come along.”