Fulton County and Atlanta spar over use of abatements for development 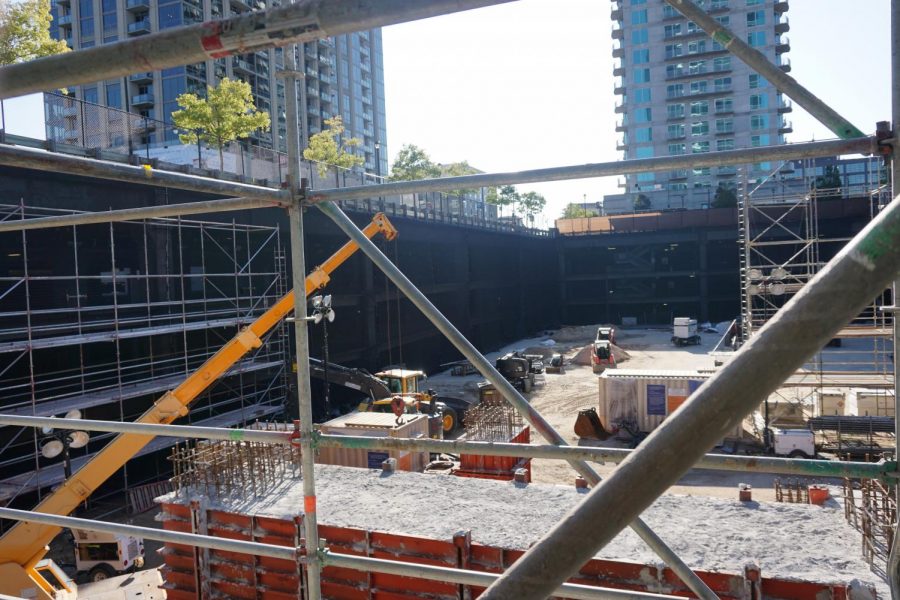 The development of a 274 key hotel by Peachtree Hotel Group at 271 17th Street in Atlantic Station received a $3.7 million tax abatement from the Development Authority of Fulton County. This decision sparked a resolution from the Atlanta City Council.

The Atlanta City Council adopted a unanimous resolution on Sept. 21 demanding that the Development Authority of Fulton County cease offering tax abatements within the City of Atlanta.

“My frustration and the reason that I wrote the legislation is that for the last few years, they have been giving abatements in parts of town that are booming and for projects that are already likely to happen,” said City Councilman and Invest Atlanta board member Matt Westmoreland. “I have always been a believer that government should pull the lever of incentivizing development in places where it wouldn’t happen, not where it is absolutely going to happen.”

While supported by the board of Invest Atlanta and the City Council, the resolution does not paint an accurate picture of the situation, according to the county’s development authority.

Both authorities offer tax abatements known as Lease Purchase Taxable Revenue Bonds within their jurisdiction. These abatements freeze 50 percent of property taxes on development for up to 10 years while gradually returning the taxes to 100 percent by year 11.

When operating as designed, the abatement system encourages development in areas where action would not occur without such incentives. Ideally, this system gradually increases the tax base, which helps fund schools and other city projects, while simultaneously funding further development.

The conflict between the two authorities arose when the county authority authorized abatements within Atlanta TADs and cut into the tax base, viewed by some as a keyhole into existing problems between the development authorities.

“One application has been rejected since I have been on the board,” said Tom Tidwell, a board member on the county’s authority who voted against all three recent abatement proposals in Fulton County. “That was an office complex on East Paces Ferry Road, which was applied for in December. From what I am told, that is the only time that anyone has ever been rejected that anyone can remember.”

Even though most abatements are approved by the board, a statement from the county’s authority, provided by its attorneys at Arnall Golden and Gregory LLP, asserted that each potential applicant undergoes a thorough vetting process and tax analysis before presentation to the board.

In the past, both the Development Authority of Fulton County and Invest Atlanta have had the reputation of authorizing abatements to most developers who would apply. A recent announcement by Invest Atlanta to shift its abatement focus toward affordable housing through the “One Atlanta Economic, Mobility, Recovery and Resiliency Plan” changed the conversation around how the abatement process should operate.

“Through December 2019, I think Invest Atlanta was doing pretty much the same thing as the Development Authority of Fulton County,” Tidwell said. “They were approving almost every project that came before them. Their board membership has turned over, and they are doing a much better job at specifically analyzing the projects that come before them and creating a vision for development that is consistent with whatever they think that vision should be.”

Although the resolution passed with unanimous consent, some on the Invest Atlanta board still believe that little will change due to the process in which developers apply for abatements.

“As long as Fulton County is coming in and essentially stealing opportunities from us now that the Chamber of Commerce knows that we aren’t going to play ball, it hasn’t solved the problem of loss of tax revenue,”  Invest Atlanta board member Bill Bozarth said. “It simply changed the dynamic of where the developers go to try to get abatements.”

This most recent conflict is not the first disagreement between the two development authorities. In June 2019, Invest Atlanta President and CEO Dr. Eloisa Klementich sent a letter to Alvin Nash, CEO of the county’s authority. Dr. Klementich requested that the county cease offering abatements within Atlanta’s city limits. In July 2019, Nash replied to the Invest Atlanta letter and declined their request to stop offering abatements in the city.

On the same day Nash responded to Invest Atlanta, Tidwell wrote a letter to the county authority’s board, questioning the necessity of approved abatements and whether those projects needed tax relief. Tidwell said he received no response from the county’s authority regarding his letter.

Legally, Fulton County is within its right to offer these abatements inside the city. According to Councilman Westmoreland, any change to any development authority policy would require the state legislature to act where previous bills have stalled out.

Separate bills regarding abatements introduced by both Republican and Democratic representatives in different sessions have halted at various stages. Some believe this is due to political maneuvering on authorities and in the General Assembly.

“There was some legislation introduced in the early part of the 2020 session that was killed because Brandon Beach, who is a fairly influential State Senator, is also on the board of the Fulton County Development Authority, which in my opinion is a clear conflict of interest,” Invest Atlanta board member Bill Bozarth said.

Neither Senator Beach nor his office has responded to the Southerner’s requests to comment.

Both the Development Authority of Fulton County and Invest Atlanta will change their makeup within the next year. Seven of the nine seats on the county’s authority are open in May 2021, while two of the nine seats on Invest Atlanta expire at the end of 2020. The Fulton authority also announced that starting in 2021, both Fulton County Public Schools and Atlanta Public Schools will receive one appointee to its authority.

As it stands now, there appears to be a continuous difference in how the county and city development authorities view abatements and how and where they should be authorized.

“I fundamentally reject the notion that hotels and market-rate residential projects and office space aren’t going to be built in Midtown, West Midtown, Buckhead and along the eastside trail,” Westmoreland said. “I would argue that there is so much demand in these areas that people are going to build whether or not they got an abatement.”