the Southerner Online • May 8, 2020 • https://thesoutherneronline.com/76233/news/southerner-podcast-councilman-westmoreland-talks-covid-19/ 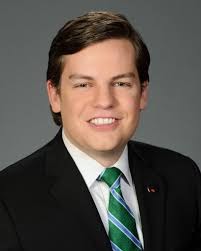 Although COVID-19 has forced many Atlantans to change how they live, go to school and work, the City of Atlanta has tried to utilize its resources in order to minimize the impact of the pandemic and uphold the common interests of its residents and the region. Councilman Matt Westmoreland, who is also a Grady alumnus and was a former Atlanta Board of Education member, recently discussed the City’s current response to COVID-19, and potential future action it may undertake.

Atlanta’s original strategy to fight COVID-19 was containment, followed by strict social distancing norms. Westmoreland expressed that Atlantans’ willingness to follow social distancing guidelines and isolate as much as possible is why Atlanta has less cases than the national average.

“We moved to the process of shutting things down… our mayor issued an executive order in March to close almost every public place in the city and encourage people to stay home,” Westmoreland said.

The COVID-19 pandemic has affected everyone, but those who faced disproportionate hardship before the pandemic have been hit even harder. Westmoreland stated that the City is trying to help the most vulnerable citizens during this tumultuous time. The city utilized about $8.5 million of reserve funds to issue loans to struggling small businesses. Additionally, the City recently received $88.3 million from the federal government via the CARES Act.

“The city has been serving food at our rec centers, lunch and dinner to students who are enrolled in our afterschool programming,” Westmoreland said. “The mayor has issued an executive order around preventing evictions from any city related facilities, so all Atlanta housing, any other residence that has any connection to the City”.

The mayor’s actions ensure that people who are unemployed, and businesses that are struggling, due to the pandemic don’t lose their homes and livelihoods. However, that order ends shortly, so the City of Atlanta is looking into potentially extending that policy.

The City has allocated $1.5 million to shelter options, testing, and other services for people experiencing homelessness, which will not only decrease the number of cases in the homeless population, but will also help improve their well-being. Even though low-income communities continue to contract and die from COVID-19 at higher rates than the City as a whole, the City’s aforementioned actions have received positive feedback and helped minimize the effects of the COVID-19 pandemic, especially for the groups that need the most help.

The City has also made some decisions which have faced criticism. Although nearly all public places were closed pretty early on by the City , public parks and paths, such as the Beltline, have remained open and are often very busy. It is difficult to maintain social distancing in the large crowds at Piedmont Park, and on the tight pathway of the Beltline, which could risk spreading COVID-19. However, Westmoreland defends the city’s decision to keep those public spaces open, stating that these areas are necessary for people to enjoy the fresh air and their free time, and the strict guidelines and information put out by the City have helped ensure that people behave responsibly.

That being said, Westmoreland prioritizes wellness over anything.

“The health and physical well-being of everybody is always top of mind, making sure people are safe and healthy,” Westmoreland said. “A very close second is making sure everyone is economically secure.”