the Southerner Online • May 1, 2020 • https://thesoutherneronline.com/76129/news/georgia-census-groups-scramble-to-change-practices-amidst-covid-19/ 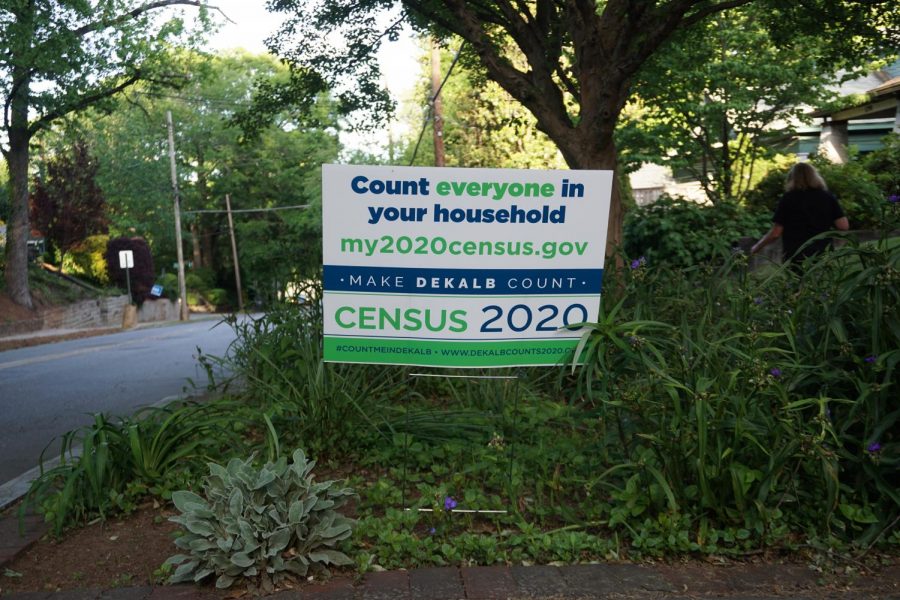 Yard signs encouraging people to fill out the 2020 Census have popped up in the midst of the COVID-19 pandemic.

The United States Constitution mandates that every 10 years, the government counts everybody under its jurisdiction.

Since its start in 1790, the U.S. Census has attempted a direct count of every person in the country to determine direct taxes, congressional districts and billions of dollars of funding across the entire nation. Until very recently, the 2020 Census was scheduled to be no different.

After months of legal battles that denied a potential citizenship question on the 2020 Census, the Commerce Department began the count in January of this year in Toksook Bay, Alaska and by March faced its largest obstacle: COVID-19.

With states across the nation implementing shelter-in-place and social distancing guidelines due to the coronavirus pandemic, Census operations and outreach scheduled for libraries, civic centers and schools at all levels of government have had to adjust to a new reality.

“It completely changed everything,” Bernita Smith, Program Manager at the DeKalb County 2020 Census, said. “It canceled everything. Anything that was outwardly facing the public was canceled which was 90 percent of what we were going to do.”

With 1.8 billion dollars of federal funding on the line in Dekalb County alone, organizers and Census officials are trying to find both new and old ways to interact with the public in order to ensure an accurate count.

“What we did was shift our entire program to social media,” Smith said. “We partnered with iHeartRadio, so we are doing a ton of digital media. We have also gone back to old school phone banking. We are having volunteers call up folks and asking if they can assist them.”

On the federal level, the U.S. Census Bureau has extended the collection period through Oct. 31. It issued a press release on March 11 stating, “It has never been easier to respond on your own, whether online, over the phone or by mail — all without having to meet a census taker.”

At the state level, officials have had to reshape the use of allocated funds for advertising buys so that census advocacy could reach the most people due to a lack of census forms being distributed because of COVID-19.

“We had an initial plan to do a three-week run of TV ads that would have finished the last week of April,” said Ann Miller, co-chair of the state’s Complete Count Committee at the Governor’s Office of Planning and Budget. “As soon as the announcement came out that the census bureau had extended, the self-response deadline we decided to halt all TV ads and save the ones we didn’t run yet for the last week of July through the first week of August.”

Despite the extended time frame and statements issued from the Census Bureau, officials are still concerned about an undercount of at-risk communities, specifically the homeless, minority communities and those in rehabilitation programs.

“We are really concerned about those who need the benefits of the census more of being undercounted,” Smith said.

Fair Count, a census advocacy organization founded by Georgia’s 2018 Democratic gubernatorial nominee Stacey Abrams, remains concerned about the lack of communication from the state government in Georgia when it comes to the census in general and in regards to COVID-19.

This concern over Gov. Brian Kemps’s stance on the census was escalated when the governor proposed removing $1.5 million in census funding for the 2020 budget, but the proposal failed in the Georgia legislature.

Funding from the Census touches all citizens through highway, Medicare, Medicaid and other essential services needed by millions.

“I’m not being hyperbolic when I am saying that this can be life or death in this situation,” DeHart said. “When people are cut out of life-saving safety nets, they not only suffer, but their lives are on the line.”

Along with online forms and door-to-door canvassing, the Census Bureau also relies on a technique known as imputation. The Bureau imagines places that have been left out in previous measures and averages the counts in those areas. This technique has the potential to cause an undercount in vulnerable communities DeHart said.

With a response rate already lower than the 2010 Census in hard-to-count communities, organizations are concerned that statistical models like imputation could hurt an accurate census even more.

“We urge the Census Bureau to start thinking outside of the box like the rest of us have and to change their programming in a way that will really capture the data that they are missing,” DeHart said.