Consequences of the pandemic 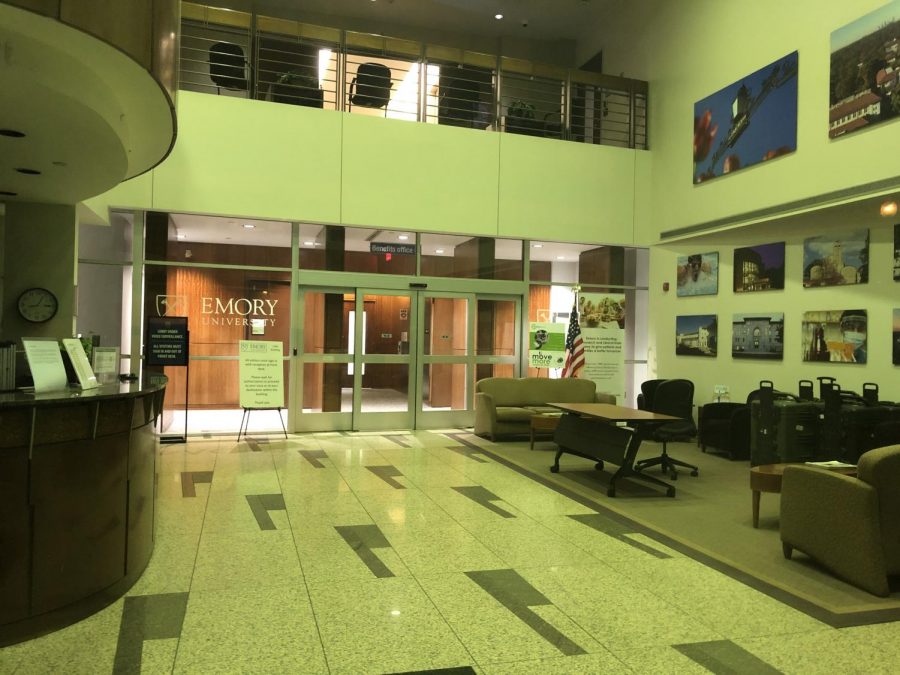 Even college campuses' such as Emory University are left empty in the wake of the COVID-19 Pandemic sweeping the country.

What once seemed like a distant problem has now reached Atlanta’s front door. COVID-19 has made its way from foreign countries into the heart of Atlanta at increasingly alarming rates and is greatly impacting APS and Grady community life.

“First off, it’s a virus like … influenza, so we know how to handle it and we have been handling it,” Taylor said. “But because it’s on the news, and it’s COVID-19, everyone’s going to have a heightened response to it.”

Mass forms of media concerning the virus have played a vital role in rising levels of public panic. Taylor believes this isn’t a positive.

“They shouldn’t just be on the TV, but they might feel compelled actually because … everything is always ‘transparent,’ so it’s making everyone have to respond,” Taylor said. “But then from here on out put the flu, the cold, bronchitis, vaping … drugs, they should do it (broadcasting) to everything.”

However, as more confirmed cases sprung up in the Atlanta area, including one from APS’s North Atlanta High School faculty, the gravity of the coronavirus pandemic became apparent to community leaders.

Gov. Brian Kemp announced March 12 that all public schools in the state close from March 18th to March 31st. This decision was made in accordance with recommendations of the Center for Disease Control (CDC), which continue to change on a daily basis. On Mar. 26, Kemp extended the closing of schools to April 24.

“The immediate shift from classroom to online was kind of a weird feeling because you’re so used to having a teacher,” Otoski said. “I get distracted a lot easier.”

The structure of virtual classes varies from teacher to teacher.

However, with the school cancellation catching many, including teachers, off guard, students can get confused with varying class expectations.

“I can get distracted … and procrastinating because in classes you know you have set periods, where you have to get stuff done before a set time,” Otoski said. “I don’t know, now there’s not really motivation or endpoint where all the work is supposed to be done at this point.”

“It’s really hard because I was used to talking to people everyday and seeing my friends, but now I’m kind of stuck with the family,” Otoski said.

Among the most impacted by the cancellation of school for the foreseeable future are the seniors, who are on their way to graduation.

Senior Nadia McGlynn, who plans to graduate in May and attend Vanderbilt, University, has been left with mixed feelings about school closures.

“It’s pretty sad, like right now, it seems fake, but also a lot of people in the Vanderbilt group chat have been like ‘my school is closed for the rest of the semester,’” McGlynn said. “So it’s definitely happening to some people.”

McGlynn believes that with the possible cancellation of graduation, many of her childhood dreams wouldn’t be realized.

“Graduation is something that I’ve been looking forward to for literally 18 years,” McGlynn said. “And it would just be so sad to not get that experience.”

Other school event scheduling has also been brought into question.

“Prom would be sad, because I finally found the perfect dress, and I feel like prom is more likely to be cancelled right now,” McGlynn said.

But of all the things that McGlynn can find that might come as inconveniences, the biggest thing is less concrete.

“I’m hoping if graduation is cancelled, maybe we could at least have ‘Visions’ or something,” McGlynn said. “It would be nice to have something that just marks, or puts a cap on all of high school and everything.”

Despite the rapid spread of the virus and its drastic effect on students’ daily lives, hope still remains.

“I do hope we can return to school soon and resume normally,” Otoski said.