The Astros handled their cheating scandal all wrong 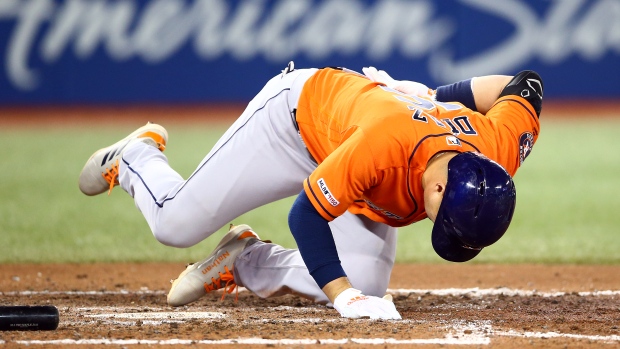 During this season's spring training, the Houston Astros had been hit by more pitches than any other MLB team, coincidentally after the MLB discovered that the Astors illegally stole signs during their 2017 World Series championship and the 2018 season. The Astors manager Dusty Baker asked the MLB to help protect his players.

Cheating is never tolerated in any professional sport, let alone the Major League Baseball (MLB) World Series. The Houston Astros 2017 championship team, however, felt that the rules did not apply to them.

After going 12-15 in Sept. of the 2016 season, the Houston Astros were eliminated from playoff contention. In 2017, they won the World Series. What made the difference? High-tech sign stealing.

In Nov. 2019, after the Astros lost to the Nationals in the World Series, Evan Drellich and Ken Rosenthal published an article on The Athletic explaining how the Astros stole signs during their 2017 Championship run with the help of a camera placed in center-field, based on the testimony of previous Astros pitcher Mike Fiers and other anonymous sources. The article prompted an investigation by the MLB on the matter. On Jan. 13, 2020, the MLB disclosed that the Astros had illegally stolen signs in the 2017 regular season and postseason, and in parts of the 2018 regular season, but there was no evidence of sign-stealing in 2019.

There are two problems with the way that the issue has been handled. The first is with the Astro’s punishment.

As soon as the MLB realized that the Astros cheated during their World Series win in 2017, they should have stripped Houston of its title. They won the World Series dishonestly, and they should not be able to boast their banner because of that.

Instead, the MLB fined the Astros and took two of their draft picks, which falls miles short of fair punitive action. Multiple ownership-level sources, who chose to remain anonymous due to fear of being reprimanded, expressed their dissatisfaction with the MLB’s punishment against the Astros on ESPN. Atlanta Braves outfielder Nick Markakis said in an interview he believed that every Astro’s player “deserved a beating.”

The second problem was with how the Astros responded.

Most notably, the response given by Astros owner Jim Crane was especially weak. Crane said two important things in a press conference on Feb. 13: that he believed the sign-stealing had no serious impact on the game and that he should not be held accountable.

However, evidence consistently proves how much of an advantage the Astros received. Data from Baseball Savant, an MLB statistics tracker, reveals that in one year, from 2016-2017, the Astros decreased their strike-out percentage by 7.8%, moving from the third-worst in the league to the best. Similarly, the Astros improved their contact percentage, they got better at watching breaking balls and they massively improved their performance against fastballs. So yes, illegally stealing signs drastically improved the Astro’s performance.

When Astros players like Carlos Correa and owner Jim Crane said that cheating didn’t impact the game, the rest of the MLB called them out.

Cubs third baseman Kris Bryant, for example, said to ESPN “There’s no sincerity. There’s no genuineness when it comes to it. It’s hard to believe. It really is. It’s sad.”

In the preseason, players took out their anger on the Astros. In the first 5 games, the Astros were hit by 7 pitches, a significant increase from last year and the most in MLB.

For now, it seems, fans’ taunting of the Astros is going to have to satisfy us upset fans.