Sports on hold as weather and coronavirus tends to worsen 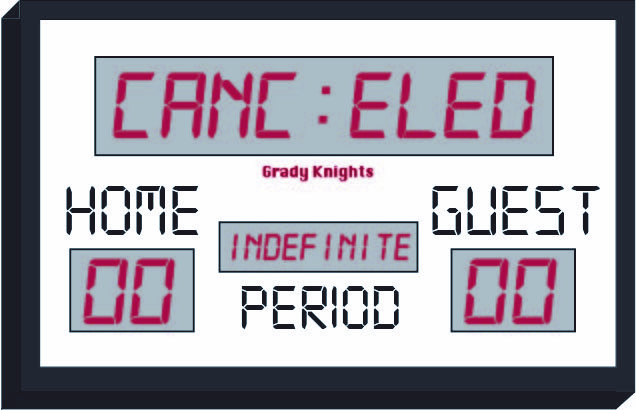 Sports teams are unsure whether or not they will be returning to the field this year due to Coronavirus (COVID-19). Additionally, spring sports have already been hit hard this semester because of the constant rain leading to many canceled games and practices.

During January and February, I would look outside and see nothing but rain, rain, rain. Being on the varsity soccer team, this meant that our practices would be held in the gym, but only if space would allow. However, it was often full, and we would either be relegated to film or just sent home. It began to feel cyclical, and to be honest I was not expecting things to get any worse, but they did.

What I didn’t realize was that an even larger threat to my season, especially as a senior, was looming in the distance, a threat that until very recently was not something even being mentioned: the Coronavirus (COVID-19).

The impact and threat that COVID-19 poses has led to all high school sports being suspended for – at the time being – at least two weeks. However, it could last longer and given that most professional sports leagues have already shut down for the season, I do not have high hopes that I will be returning to the field.

Much to my dismay, there is nothing I can do to prevent the impact of COVID-19 on our nation, but in terms of the rain affecting practices, I think this needs to be a message for Grady athletics. The lack of indoor field space and communication has left teams going days upon days without getting in a full practice.

When we have rainy days, like most teams, we are often pushed hastily into the gym. Baseball gets the old gym, sometimes girls soccer would have the new gym and then film in the health room while boys soccer practiced in the new gym and then the JV teams would follow. Not to mention there are still both lacrosse teams, ultimate frisbee, track and tennis that were holding practices as well.

Tennis was severely impacted, as players were only able to play two matches that counted toward the team’s region standings; the rest were canceled because of the rain and now because of the virus. The tennis team’s practices were also very limited as it had no place to go when it was raining, forcing coaches to cancel practice. Many players would, however, go and practice on their own once the rain had ended or play at the Piedmont Park courts.

While some may say that canceling practice outside just for a little rain is a bit extreme – ‘Why not just practice in the rain?’ For girls soccer at least, it is not that we are afraid of getting wet, but that half (5/10) of our games have been played in the rain: 90 straight minutes of cold, wet rain, and that is the problem. Our team is currently limited due to injuries but add on top of that illness and we may not even have a team anymore. For us, not practicing in the rain is an attempt to not make a sticky situation, such as ours, worse.

On the other side, practicing in the gym is dangerous. Soccer is not always a graceful sport, which is part of the reason it is played on grass. Imagine: you have the ball at your feet, you are running down the gym floor to a make-shift goal, and BOOM! Out of nowhere, your feet get taken from underneath you, and you fall flat on your face. Ouch. Practicing in the gym is difficult, and you are limited in what you are able to do: no long balls, no shooting, no intense scrimmages, leaving the only other options of positioning, passing, and other more technical drills. While those are not bad things to focus on, it gets hard when you can’t go outside and practice real-life game situations.

At the end of the day it comes down to field space and a coach’s intuition. Unfortunately, Grady is not equipped to handle all of its spring sports practicing indoors, but in its defense, very few schools are. Twenty twenty has been a very difficult year for spring sports, and as of right now, that is not looking to change. As a senior on the soccer team, I might have just played in my last high school game ever, in a season tormented by downpours and shivering temperatures with fewer practices than I would have wanted. That stinks. It is likely not something that I will get over; however, I am still hopeful that Grady athletics will rebound, and this nonstop rain will finally come to an end.