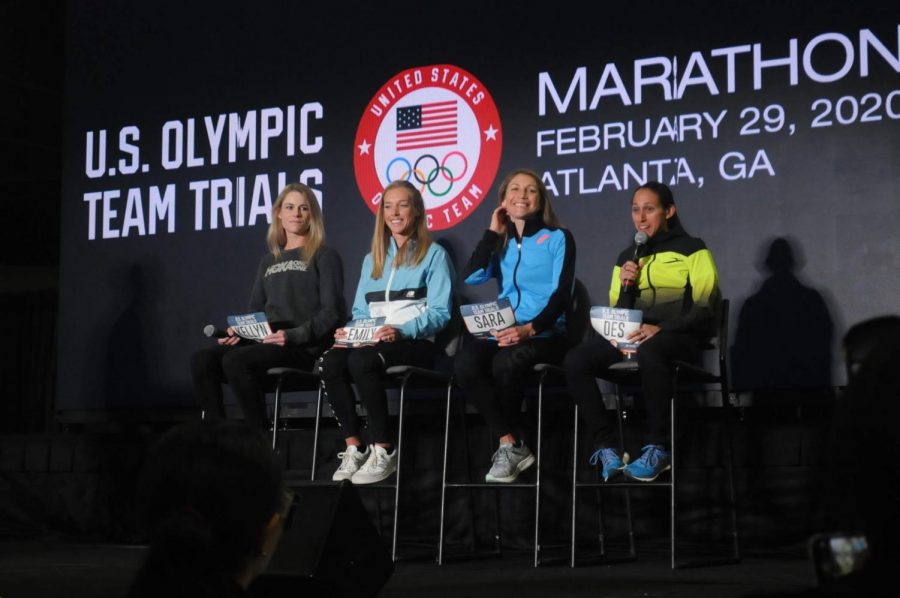 Southerner sports editors Kaitlin Palaian and Elias Podber attended a Feb. 27 press conference and conducted a Q&A during a media round table with the top-seeded athletes gearing up to run in the U.S. Olympic Team Trials – Marathon on Saturday, Feb. 29 in Atlanta.

Southerner: Do you think being a sergeant in the Army has impacted your running ability with the mental aspect?

Korir: “No, no, just so long as you are feeling well, you are healthy, you are doing everything that you are supposed to do, I’d say it is just the same thing.”

Southerner: You started running relatively late compared to other runners who may have started much younger, how would you say you have managed to improve so quickly to the level you are at?

Korir: “I’d say one of the key things I have been trying to do is trying to stay healthy, take care of your body, stay away from injuries, don’t drink too much, don’t drink too little. If you are going to increase your mileage, do it step by step.”

Southerner: What advice would you give to a young aspiring runner?

Southerner: You took a long break from marathon running from 2016 to the Chicago marathon, do you think that that is something that is overall going to benefit you for the race coming up on Saturday and is that a strategy that you intend to employ in the future?

Riley: “Oh, I don’t think it benefitted me. Well, part of the reason for that change was I was not in a place where I was happy and I was hurt and so I definitely needed to get over that had I continued to train on this achilles, yeah I would not be in the place that I am in right now. I needed to get that taken care of. If I am being honest, I would have preferred to have at least one more healthy segment before Chicago just to get just a little bit longer getting things strengthened and evened out. Obviously I can’t change that. But one of the good things is I am 31, so I am kind of reaching that upper end of when people are super competitive, but I also have three years of less wear and tear on my legs, so I am going to assume that is going to be a benefit and we will see if that actually plays out. I will say that having to spend that long fighting through some stuff, it really gives me a different perspective of what pain in the middle of the race is. One of the things I have been trying to focus on is like ‘you did not spend all of that time and effort and emotional energy to come back just to fall off the pack at mile 17 and be an almost ran’ so that is something that I am going to try and keep in mind once it gets hard, which it certainly will.”

Southerner: What kind of advice would you give to young runners who are trying to aspire to become someone like you?

Riley: “Keep it consistent. So, I think it is not about crushing any one single run, it is not about crushing any one single season, you can have down ones and up ones, it’s just the consistency of miles over time that really does it. I mean all of this is going to sound trite because I am not just trying to inspire people but it really is a very simple formula to improve. You just run a lot and you increase gradually and you kind of accumulate load over time and you get better. I would also quote Desi [Des Linden] and just say, ‘keep showing up,’ because if you keep showing up, you will eventually make some sort of improvement whether that is making it here [Olympic trials] or doing whatever it is you are able to do, it will eventually work out, hopefully.”