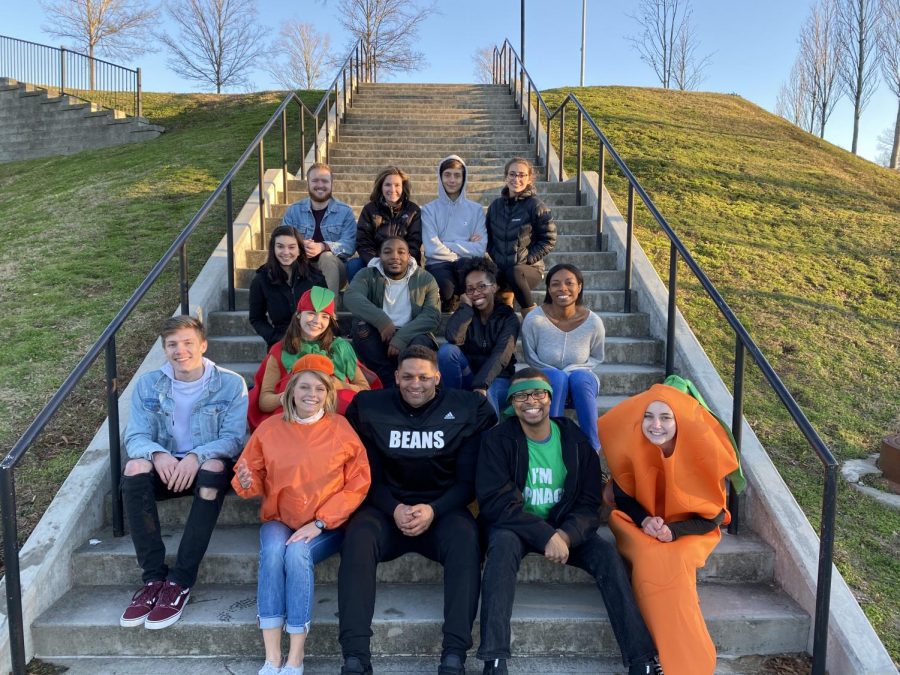 EAT YOUR VEGGIES: Wade and members of the High Steaks team pose after shooting a promotional video at North Atlanta High School in January. The video promoted the benefits of eating plant-based.

From climate crises to personal health concerns, there are growing reasons to embrace a new diet. Within Atlanta Public Schools, the “High Steaks” movement has been working hard to remove beef from school lunches.

Kristen Wade, parent supporter of the High Steaks initiative, has been one of the main driving forces. From the start, Wade’s goal was to not only create better meals for APS students, but to decrease the environmental impact of beef production.

“Particularly, now in terms of scientific data, it’s [clear] that we’re in a climate crisis,” Wade said. “It’s becoming the top of international agendas, and no one is really refuting the fact that the overconsumption of red meat is … a big driving factor in terms of it being detrimental to the environment.”

Wade began the movement more than five years ago. In January of 2019, North Atlanta High School seniors Danielle Millburn and Cole Bickerstaff joined and quickly took the lead. Millburn and Bickerstaff named the organization, circulated petitions, presented to the School Board and met with the APS Nutrition Department multiple times. They also led multiple walkouts across APS, including Grady.

“It was a way for me to take my personal interests in saving the world through diet and food choices, and turn it into a physical plan,” Bickerstaff said.

“[It’s more about] giving students the availability and the choice to have something that’s vegetarian, especially when it’s so easy to walk down the street and get a 99 cent burger at McDonald’s,” Millburn said.

In a meeting between Wade, Millburn and  Southwest Food Excellence (SFE), the food service company for APS, potential and already-existing red meat alternatives were introduced. These entrees, like the African stew or chickpea with marinara, provide plant-based alternatives rather than “replacing meat with cheese.” These alternative entrees are being taste-tested across different schools in APS.

However, menu changes wouldn’t eliminate meat completely. Many entree choices still have turkey or chicken, and while Wade is aiming at a completely plant-based menu, she doesn’t mind meeting in the middle.

Feedback from students at taste tastings will help SFE decide what to include on menus.

Some are concerned about menu changes. For some students, school lunch is their only meal of the day, and it is a priority to make sure that they are eating. Wade and High Steaks is “very sensitive” to this and want to make sure that the food provided is not only nutritious, but enjoyable.

Wade helped create an educational video to be shown across all APS schools, which teaches students about the environmental and health effects of consuming red meat. The video was shown at North Atlanta and Maynard Jackson high schools. Wade said the video was approved by Superintendent Dr. Meria Carstarphen to show across all APS schools.According to a district spokesperson, Dr. Carstarphen supports the process of researching the topic, but has not stated whether she is in favor of it or not. Next month, online surveys will be circulated to APS families about the topic.

Millburn and Bickerstaff said that the reception at both schools was positive and students seemed to support the movement.

As taste testings continue into February, the prospect of replacing beef by the 2021 school year is more of a possibility than ever, according to Wade, Millburn, and Bickerstaff.  They say they will make as many phone calls as needed to ensure the change.

“We’re basically not ready to really back down for anything to make our goal happen,” Wade said.