What’s new from the Consumer Electronics Show of 2020 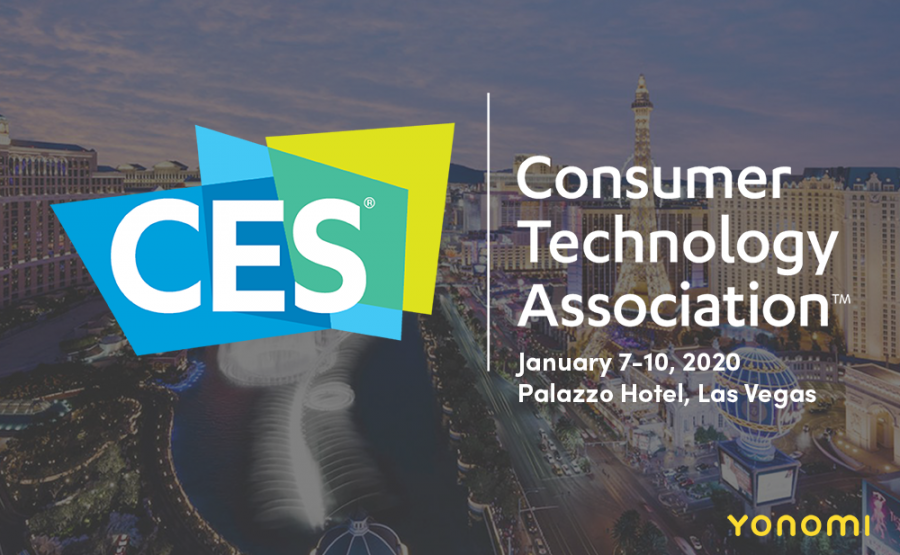 CES, consumer electronics show, started early January, and there is still talk about the variety of products there.

CES is an annual show of the newest tech and designs yet to come out, and, with tickets starting at 300 dollars, it’s not for average consumers.

The Consumer Electronics Show was almost two weeks ago now, but the discussion is still happening. Mostly the question, will all these concept designs companies brought to the event come to consumers?

The announcements that matter to most people right now was from the primary laptop and desktop manufacturers. Acer, one of the top laptop manufacturers, released refreshes of laptops named Spin 3, Spin 5, Swift 3, and the 7 Ezel Pro.

For most people, Spin 3, Spin 5, and Swift 3 will be the best value. The Spin 3 is the entry-level and cheapest of the line; It’s a convertible laptop, so that means you can use it in its normal laptop mode or spin the screen around into a tablet mode. It starts at $699 with up to a terabyte of storage and 16 gigabytes of RAM. It includes a stylus for its tablet mode and will have 12 hours of battery life, so, not the all-day battery some want but enough for most people.

The Spin 5 is a marginal upgrade on the Spin 3, a much higher resolution display and longer battery life as well as a higher starting storage. It also comes at a higher price; for $899 it’s getting up into the premium category, but it is still great value for its performance.

The Ezel Pro is the most interesting and expensive of the few; it features a much faster processor and a dedicated graphics card that’s perfect for 4k video editing or high-quality 2d/3d animation. It comes with a very high-resolution 4k touch screen with the same stylus as the spin series. All of these features come at a high price; for $3,100 it’s not for most consumers, but just like a lot of “prosumer” devices, it will most likely sell well.

Dell, a big laptop and desktop manufacturer, predictably released a refresh of an older popular notebook. The new XPS 13 laptop features a larger screen, uses a faster processor, is thin and light matching its predecessor, and includes Windows Hello allowing you to unlock your computer with your face. It starts at $1,000 and only goes up as you add more features to the configuration.

“They have put the camera on top, which it did for the previous XPS 13, but the previous time around you didn’t get Windows Hello recognition.” said a reporter from Digit.

Getting into the area of gaming, MSI released the thin and light GE66 Stealth and GE66 Raider as a revision to the original GE66, which praised as the best mid-range gaming laptop. The Stealth boasts a much newer and faster processor as well as a midrange “Ray Tracing” graphics card. The “Ray Tracing” graphics card should allow you to get much faster-looking games, but also let you use the new RT rendering technique, so all of your supported games look stunning.

The Raider and Stealth have a 300 fps display, the Raider should have similar specs, but at slightly higher performance and up to 32 gigabytes of RAM, The Raider will start at $2,500, and the Stealth will start at $1,700.

Alienware showed off Project UFO, a handheld that’s design seems based on the Nintendo Switch with detachable controls on both sides and a dock for using this portable device with a TV. They were vague with the specs of the device, but they did say it would have the newest processor from Intel, no dedicated graphics processor, and an upgradable SSD. On the show floor, it predictably ran games pretty poorly, especially for the minimal specs they provided.

“This right here is project UFO which is a roided up Nintendo Switch, something that I never really thought that I want, but now that it’s here, I’m warming up to it,” said Jack Clark from Linus Tech Tips.

The Duet was the only of these laptops that has multiple displays rather than a single folding display, and an included keyboard that attaches to the lower screen. If it comes with reasonable specs, it would be a great workstation laptop for anyone used to two monitors on the go.

All the Laptops looked relatively similar, wide bezels and a thick back. It is somewhat disappointing, primarily because of the comparatively slow specs. Intel was the odd one out with screen size; they are sporting a 17.3-inch diagonal display that, when using the included keyboard attachment is 12.5-inches diagonal. The Horseshoe can also be used with an external keyboard and the back kickstand to access the full-screen size. They use an all-new more powerful processor, and because Intel makes it, it will most likely be more optimized than the others. Many consumers at CES 2020 preferred the Bend over the ThinkPad or Dell devices.

“This is a lot thinner and sturdier than I expected from a prototype, it also feels a little more refined than the Lenovo foldable PC.” Said Cherlynn Low from Engadget reviews.

The ThinkPad X1 Fold released the most information about the specs behind the machine. Intel processor with “hybrid” technology, 8 gigabytes of RAM, integrated graphics, and up to a terabyte SSD. Dell released no information about their specs but always reassured reporters and consumers that it wouldn’t release a product that didn’t work.

Only time will tell if these companies will follow through with these concepts or if they will be left behind like some of the hugely anticipated designs of CES 2019.