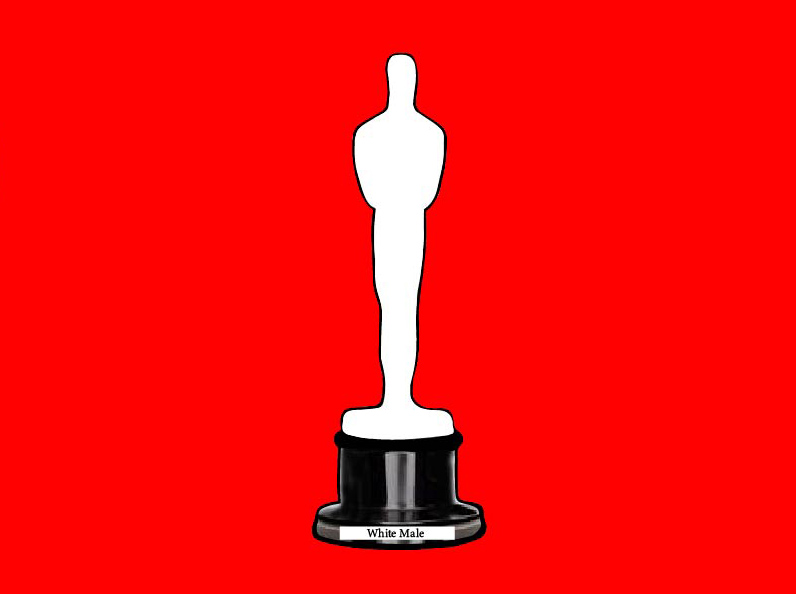 In what seems to be an annual pattern, white males took the lead for Oscar nominations.

Unsurprisingly, the Academy of Motion Picture Arts and Sciences failed again to nominate a body of actors, films and crew members representative of the diversifying industry. Only one actor of color was nominated: Cynthia Erivo for her titular role in “Harriett.” No female directors were nominated.

From 2011 to 2017, the number of films’ casts whose ethnic makeup was 41 to 50 percent minority increased, according to a 2019 UCLA study. Meanwhile, the Directors’ Guild of America found that in 2017, only 12 percent of directors were women, and just 10 percent were people of color.

The Academy may have some grounds for its white male directorial nominees due to the lack of diversity in the profession. However, “Little Women” received six nominations, including Best Picture, but director Greta Gerwig’s lack of a nomination shows the Academy’s hesitation to diversify the nominations. Olivia Wilde also deserved a nod for “Booksmart,” a coming-of-age comedy that did well at international film festivals, as did Lulu Wang, who was a favorite for her critically-acclaimed comedic drama “The Farewell.” New Zealander Taika Waititi’s “Jojo Rabbit,” which he also co-starred in and wrote, failed to earn a directorial nomination but was nominated for Best Picture.

It is unacceptable that only one out of the 20nominees for best actor and actress was a person of color. Jennifer Lopez (“Hustlers”), Lupita Nyong’o (“Us”) and Awkwafina (“The Farewell”) are all women of color who deserved nods for their highly-acclaimed performances.

Meanwhile, Scarlett Johannson received two nominations, one for Best Actress (“Marriage Story”) and Best Supporting Actress (“Jojo Rabbit”). Johannson’s double nomination is ironic, because women of color were shut out from the categories as a result and Johansson was previously miscast as a Japanese woman in the 2017 dystopian film “Ghost In The Shell.”

Actors of color were also deprived of nods, notably, Eddie Murphy for “Dolemite is My Name,” Song Kang-ho for “Parasite,” and Jamie Foxx for “Just Mercy.” The Academy’s only nod to a person of color went to the actress who portrayed a well-known figure of African-American history, whose already story is known by most Americans.

My hopes for the groundbreaking winner for this year’s Best Picture lie with South Korean director Bong Joon Ho’s “Parasite” (Gisaengchung). A mind-bending thriller, whose main plot revolves around the symbiotic relationship that forms between a poor family and a rich family, “Parasite” has a fighting chance at becoming the first foreign-language film to win the top award. Bong Joon Ho is also the only person of color nominated for best director, comprising the category’s only morsel of diversity. Only two of the last10 men who won Best Director were American; Bong Joon Ho and Sam Mendes (1917) are the only non-American directors nominated this year. If the Academy were to choose “Parasite” for Best Picture, its diversity issue could prove somewhat reconcilable.

This year’s nominations failed to meet the somewhat diverse threshold of last year’s nods. Five of 2019’s nine Best Picture nominees’ plots were based on people of color, while only “Parasite” ticks the box this year. With raved-about films such as “Dolemite is My Name” and “The Farewell,” both centered around people of color, the Academy had a roster of diverse and equally phenomenal films to grant nods to, but as usual, it stuck to its usual bets.