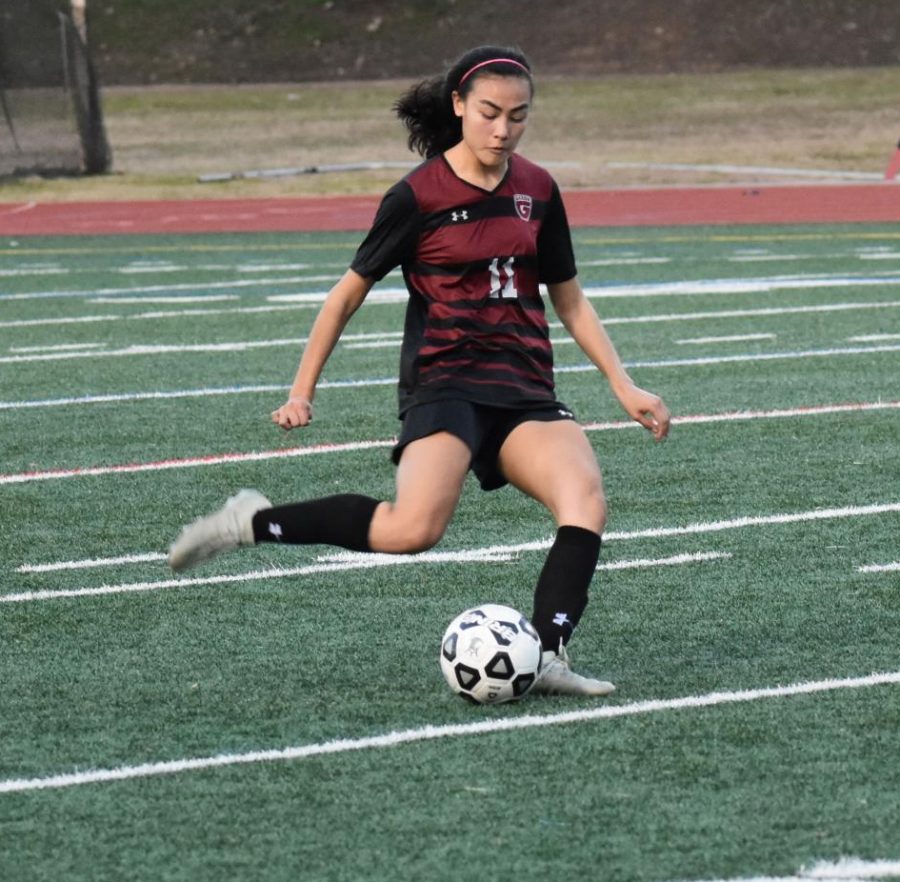 You blank out. You are on the ground. Then up again. A few moments later a corner kick is being taken, but you have no idea how the game played out to get you to that moment.

Sarah Gray* experienced this confusion during a Grady soccer game in May of her freshman year.

“I remember realizing I did not know anything that had happened leading up to this corner [kick]” Gray said.

It was her second concussion of the year.

“I knew it was a concussion right away,” Gray said. “It was the same symptoms as last time, except now my head was aching right away.”

Gray’s head throbbed. She was in pain and could not entirely comprehend her surroundings. She suffered from severe headaches and this foggy, drained state for weeks.

After Gray’s first concussion, aside from confusion and some lost memory, her more severe symptoms, such as intense headaches appeared the next day instead. Without the knowledge of what concussions felt like, Gray played through the rest of her game.

“I was pretty young and hadn’t really thought about [concussions] yet,” Gray said. “I didn’t know what the symptoms were. I felt confused but did not know why.”

Gray missed over two and a half weeks of school after her first concussion.

According to Mayo Clinic, “a concussion is a traumatic brain injury that affects your brain function.” They “are usually caused by a blow to the head” that leads to your brain sliding back and forth forcefully within your skull. Symptoms include headaches along with problems memorizing, balancing, concentrating, and with coordination.

“Outside of football, based upon current data, soccer has the most concussion-related injuries,” said Nikoli Curtis, AP Biology teacher and former Grady boys soccer coach.

Junior Sam Huray, another starting player on the girls soccer team, blacked out after incorrectly heading the ball off a punt last season.

“I did not remember what happened a couple minutes later, but I knew I had a concussion,” Huray said.

The Cleveland Clinic, an academic medical center in Cleveland, Ohio recommends rest as a major component of concussion recovery. Aside from sleep, it is important to avoid visual or sensory stimuli, to eat well, to avoid strenuous activity and return to normal activities gradually.

Huray missed a week of school and four months of soccer due to her concussion.

“The how to head the ball is the most important piece in preventing limiting concussions,” girls soccer coach Louis Alexander said.

“A lot of players get concussions from letting the ball hit them instead of using their entire upper body and heading it,” Brown said.

Brown thinks a player should work to hit the ball instead of allowing the ball to hit the player first. She also understands the risk of heading the ball.

“I think heading can be very effective, but I personally avoid it in games unless it’s really necessary,” Brown said.

Gray believes many of her teammates also live in fear of getting another concussion.

“It is scary because [with another concussion] I know my brain is going to be damaged even more if I get another one,” Gray said.

Gray explains that after one concussion, it takes a while for the brain to recover and, sometimes, players never do. This is why is it easier for someone to have multiple concussions after their first.

In order to prevent these brain injuries, players can lower the risk by avoiding collisions with other players and high-speed balls, according to the CDC.

Equipment such as concussion headbands or helmets have claimed to reduce the severity of hits to the heads.

“I don’t see how those cushioned headbands would help because concussions are more caused [by] your neck violently bending forward or back, pressing your brain to the inside of your head,” Gray said.

“We train on proper technique, [including] what part of your head should make contact [or] close your jaw,” Alexander said.

Players who have already suffered multiple concussions have to face the fear of another brain injury with every game, practice or scrimmage. Some players, such as Gray, who has now suffered three diagnosed concussions, worry what another concussion would bring. She has requested that her real name not be used to ensure her concussions do not jeopardize her chances of playing in college.

“Soccer is a huge part of me, and I don’t know what I would do without it,” Gray said. “Another concussion threatens all of that.”