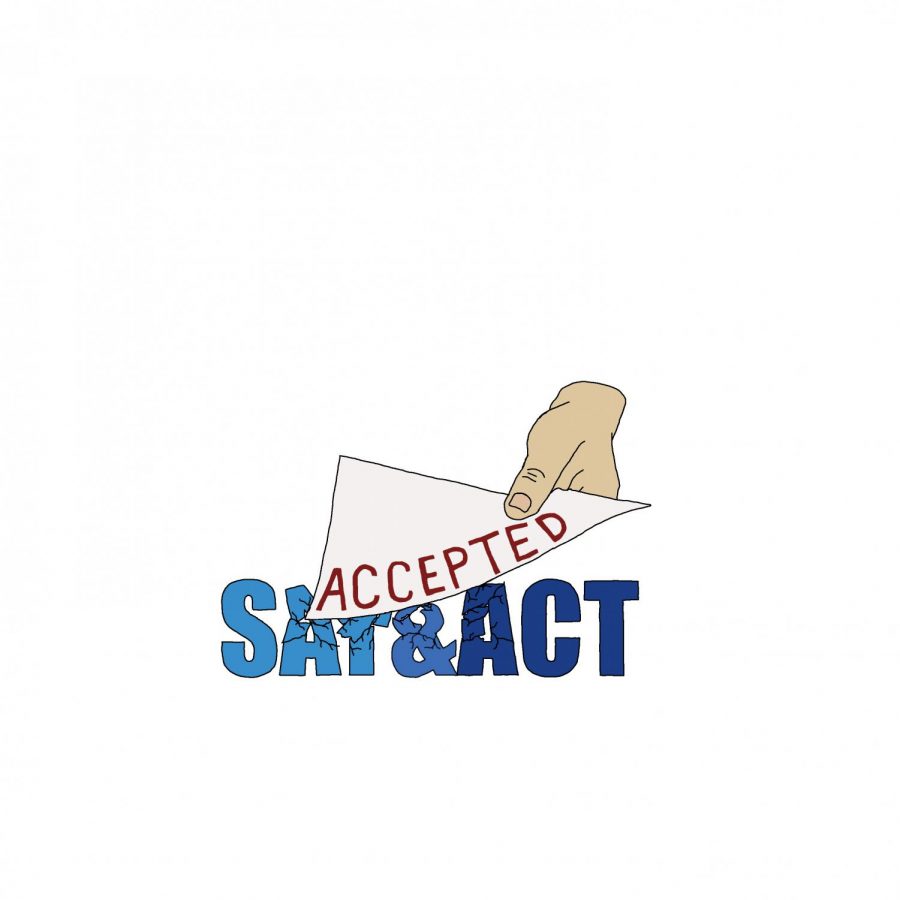 The SAT and ACT have been college admissions requirements for years, but some universities are re-examining their policies, allowing students to decide whether or not they want to send standardized test scores in their applications.

“I think it can be a great option for students who may not test well,” Anna Winer, College and Career Center volunteer said.“ I think that schools realize more and more that standardized test scores do not predict student outcome. In reality, it is what you did during four hours on a particular Saturday.”

Despite this, students such as senior Emma Harmon think there is a different motive for the policy change.

“A lot of times test optional schools are really just looking out for themselves,” Harmon said. “But even if they seemingly become more selective, I think people need to keep in mind that there are more people applying, and it is not necessarily that the acceptance rates are decreasing.”

Harmon believes standardized tests can be inconsistent and do not accurately represent a student’s intellect.

“Students are just so different that it is really hard to use that one thing to measure everyone and really get an accurate idea,” Winer said.

Senior Zahna Jenkins thinks the elimination of testing will make admissions too competitive.

“I think it’s not really a good idea because more people are going to college now and taking away another aspect that could separate students from each other is just going to make it more competitive and difficult to get into college,” Jenkins said.

“They are a snapshot of the student’s current ability and willingness to take tests.” Brandhorst said. “It is a little like making a swimming test a mandatory diagnostic of one’s health. Great if you are a swimmer, not so much if swimming isn’t your thing.”

Brandhorst believes there are other, more accurate representations of students’ hard work and academic abilities. He thinks colleges should emphasize GPAs and resumes, and high schools should value portfolios, presentations and essays instead of standardized tests.

“I am interested to see how standardized testing becomes more flexible and how testing is about to change for the college admissions process,” college adviser Abby Poirer said.

Poirer says many colleges have to use the SAT and ACT to ensure students are college ready, but overall, she supports the increase in schools becoming test optional, especially highly-competitive universities.

For students with lower GPAs, Poirer believes standardized tests can be beneficial but that those advantages are determined on a case-by-case basis.

“It is a great option. Personally, I would love to see the tests become optional for every school,” Winer said. “It is just one more way for students to manage the application process and keep it from being so overwhelming.”