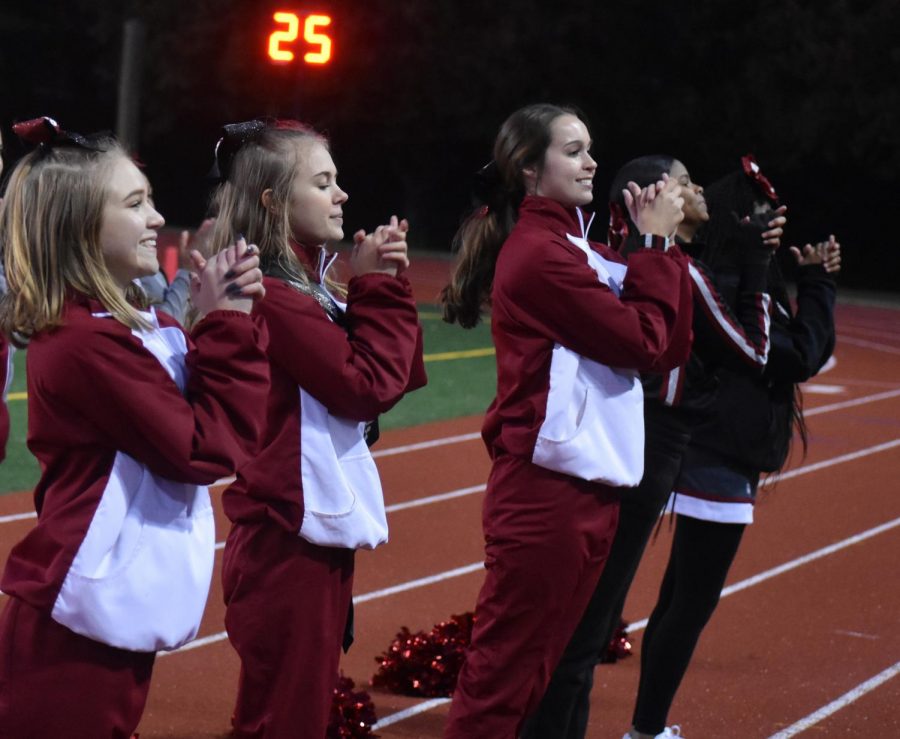 When spectators attend a Grady basketball game this season, they will see one basketball team with a new coach and both teams on the rise and developing potential playoff runs. Spectators are likely to see good games with the Knights playing for it all. The boys are 4-5  and 1-2 in the region, and the girls are 5-4 and 2-1 in region play.

However, one thing will be missing, spectators will most likely not hear or see any cheering from the Knights’ cheerleaders.

On Jan. 17, the basketball cheerleaders were suspended for the remainder of last season after a Jan. 15 incident during a game at Maynard Jackson. The absence of cheerleaders thus far this year and last year’s suspension aren’t related incidents, athletic director Patrick Johnson said.

Without a full-time coach, the team is unable to cheer at any girls basketball games and only a select few for the boys. The only time the cheerleaders will be able to root for the Knights are Friday home games for the boys, which only accounts for about six games this season. Games typically start at 6:00 p.m. for the girls and 7:30 p.m. for the boys on Tuesdays and Fridays. A small number of games are on Saturdays.

“The games definitely feel quieter without the cheerleaders at every game,” said Jeff Bumgardner, whose daughter Jordyn is on the girls team. “The atmosphere is a little duller,  but the excitement is still there.”

While Grady might not have cheerleaders,  the schools the Knights play still do. The opposing cheerleaders root for the opponents at home games and making the scene feel a little bit less like a home games, and a little bit more like an away game.

“The other teams have cheerleaders, which definitely help distract our players when shooting and taking free throws,”  said sophomore Alex Balian, who attended the Dec. 3 home game against Lithia Springs. “The opposing cheerleaders help the other team, which can sometimes give a small advantage, especially in close games.”

Without the cheerleaders, fans have begun to make their own cheers and praises during tense situations in the game.

“The crowd, for sure, helps the team when they get loud,” Bumgardner said. “We miss our cheerleaders, so, if the game’s close, especially at home, the crowd kicks up and gets into it. Anything to help the team win, but that is definitely where the cheerleaders are missed most.”