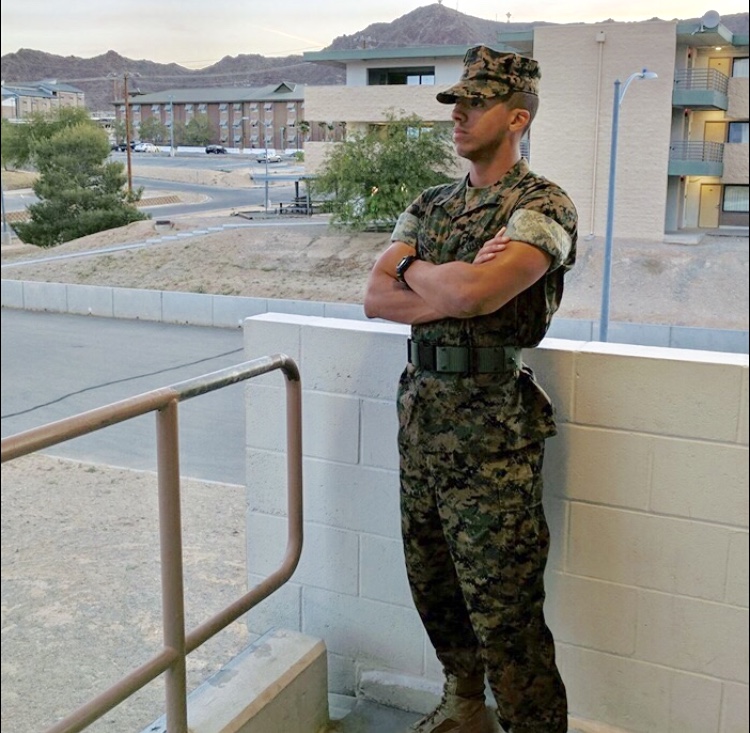 Someone was missing from freshman Jordan Taylor’s Thanksgiving dinner table. Taylor’s father, Javari Taylor, is in the Navy and currently deployed in Bahrain in the Middle East as a Technician Specialist.

The holidays are a particularly hard time of the year for military families. The empty seats and incomplete family pictures draw emotion from students with brothers, sisters, cousins, uncles, and parents who are active duty.

“I miss him sometimes, well, all of the time,” Taylor said. “I wish he would just come home.”

The sense of longing for loved ones overseas has affected sophomore Ezekiel Jennings for five years. Jennings’s brother, Samuel Jacobs, 21, is deployed with the Marines in Japan.

“I’ll see him this Christmas for the first time,” Jennings said. “I’ve FaceTimed him, so I know what he looks like. I know how big he is, but it will be different to see him up close for real.”

Of the 1.3 million active-duty military in the United States, hundreds of thousands will be deployed at any one time over the holidays, according to the U.S. Department of Defense.

“Christmas is just another day for sailors manning their posts aboard submarines with nuclear weapons,” reads the defense department’s website. “Sailors launching aircraft from the USS Theodore Roosevelt in the Persian Gulf may have time for Christmas services.”

Sgt. First-Class Kimberly Allison, Grady’s newest JROTC instructor, knows what it’s like to be deployed away from family.

“When my daughter was 18 months old, I deployed to Bosnia,” said Allison, who is currently retired from the Army. “I was deployed for about three months, and I was able to talk to her once in a while on the phone, and it was very difficult for her.”

Allison was then deployed again when her daughter was in third grade and her son was 4 years old.

“The separation is something families adjust to, but some do it better than others, but it’s hard,” Allison said. “It is harder during the holidays because that’s when everyone goes to their grandma’s house, and they spend that time when their folks, and the kids are out of school, but you know the person that they love the most is gone. It’s very difficult for them.”

Freshman Chiyanne Peters’s brother is a mechanic in the Army and is stationed in Seattle, WA and is an alum of Grady. The last time they were together was last Thanksgiving. The Peters family will be reunited this Christmas.

“It was only a matter of time before he went,” said Peters, who also wants to go into the military. “[My family] always wanted him to do something like this, so it makes them proud.”

Senior Christian Lubsey was born in Germany while his father was deployed in the Army infantry. Lubsey’s uncle has been in Special Forces for 20 years.

“[My uncle] talks about his sense of duty a lot, and he’s not really around that much,” Lubsey said. “My cousin and aunt would spend Christmas with us because he wasn’t able to be around that much.”

Freshman Lauren Dunn is proud of her cousin, Caleb Robbey, who is in the Air Force.

“He has a daughter … but I don’t think he is coming back for Christmas,” Dunn said. “His mom is really sad sometimes because he was in South Korea, and now Thailand.”

Freshman Raphael Rainey’s cousin is also in the military. His emotions about having a deployed family member are mixed.

“I’m scared,” Rainey said. “What if she gets shot or something? It goes through my mind. I feel happy for her, but at the same time I’m scared, but that’s what she wants to do, so you can’t stop her.”

Taylor, especially during the holidays, wants his peers to take advantage of being with their families.