Creative ways of filling in potholes inspired others to take action 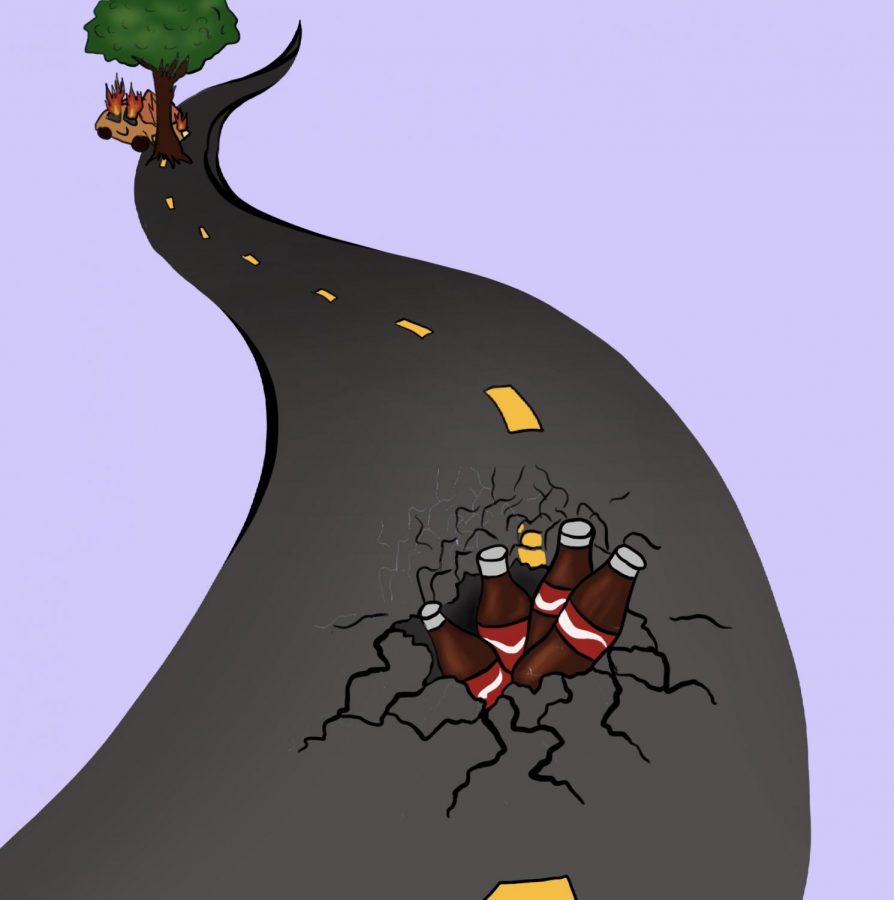 Driving down DeKalb Avenue, cars swerve in and out of their lanes, avoiding the sunken cement that plagues the road: potholes.

This epidemic is one that has gotten dramatically worse over the past few years, yet has received little support. Since the City of Atlanta has not proactively tried to solve the problem, Make Atlanta Green Again, an organization dedicated to creating green space in Atlanta, is fixing this problem in an eco-friendly way.

Other organizations have hopped on this trend as a marketing tactic. One soft-drink company went around filling potholes with ice and sticking glass soda bottles in them. The marketing ploy worked. People began tailgating around the potholes in the middle of the streets, causing huge traffic jams.

“The pothole coolers were a huge success,” Nigel Brice, head

of the company’s marketing department in Atlanta, said. “Sure, the police were called to break up a few tailgates, but our soda sales shot up this month.”

Inspired by the marketing of soda, a Grady student started a gem mining business, “Pot-Gems,” out of the potholes on Boulevard. Since most gem mining businesses are out in the middle of nowhere, Pot-Gems has become a very hot commodity in the community and among students.

“I always find something super cool in my pothole at Pot-Gems,” Anna Harper, a Grady junior, said. “Sometimes, it’s a cool shiny gem, but if you dig through the dirt carefully enough, occasionally, you might be able to find a nail or a bottle cap.”

Other people have started using the potholes for more personal, sentimental uses. A tiny headstone and loosely-packed dirt marks the final resting spot of the beloved, departed hamster Teddy.

“I was inspired for Teddy’s final resting spot by Make Atlanta Green Again,” Henry Galbard, Teddy’s loving owner, said. “I also couldn’t think of a more perfect place than Peachtree Street, the first street I ever rear-ended a car on, to bury him.”

Although this new trend certainly makes a statement about the severity of potholes around Greater Atlanta, it neglects to actually fix the problem. Instead of swerving around potholes, cars are now dodging tiny tombstones, running over tree saplings and getting soda bottle glass lodged into their wheels. Hopefully the attention this movement has attracted will cause measures to actually be taken to update our roads. p