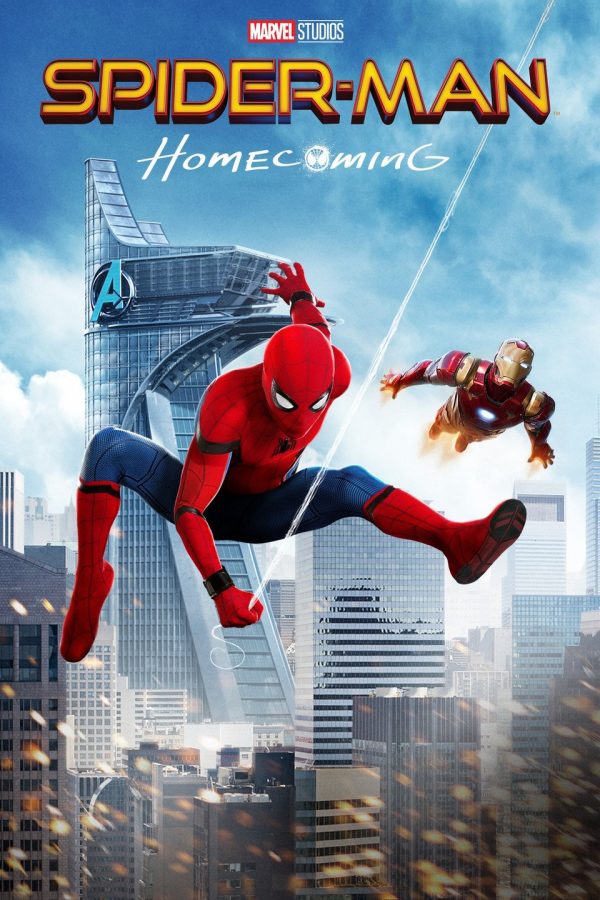 "Spider-man: Homecoming is one of several movies depicting teen life with scenes filmed at Grady.

Blockbuster movies can be wildly inaccurate.

Grady has been used as a set for multiple movies, which all revolve around the daily life of a teenager. From 2017’s “Spider-man: Homecoming” to 2018’s “Love, Simon,” the hallways Grady students walk through daily can be noticed in the background of some notable blockbusters.

“[The setting] is different in movies,” sophomore Connor Sheehan said. “It’s a lot less crowded, no one seems to make any noise.”

In addition to Grady, other Atlanta schools have been used as sets for big movies. Emory College was used for several scenes in new movies such as 2019’s “After” and Atlanta International School was used in 2012’s “What To Expect When You’re Expecting.”

Students, however, are more familiar with Grady than other schools, making differences easier to spot.

“I can automatically see that it’s a lot less crazy in the scenes,” sophomore Gabriel Simpson said. “The movies are a lot cleaner, and the people are much more organized.”

These small differences are due to directors wanting audiences to focus more on the main characters, but the changes can cause Grady to change in an unrecognizable way.

In “Spiderman: Homecoming,” the Civil Rights mural that stands in the main Grady stairwell in the C-Wing was painted over. The cafeteria and halls were also polished and buffed to create a neater setting.

“Yeah, when I see movies with Grady in it, I can’t even tell that it’s Grady. The aesthetic, people and crowds are all different,” freshman Sophia O’Neill said. “They don’t show how chaotic and messy the hallways can be.”

However, some movies relate to the true high school experience, especially films that express the awkward reality of high school: being knocked over in the halls, or rudely pushed out of the way are daily occurrences.

“I think ‘Diary of a Wimpy Kid’ is portrayed pretty well in terms of crowd sizes,” freshman Jamie Marlowe said. “[High schoolers] can relate, but things in a movie are often exaggerated, depending on the storyline; so, it’s not too accurate.”

The changes may also be an effort by directors to focus on the main plot or to emphasize what they believe will appeal to audiences.

“I understand why they make changes,” Sheehan said. “They want to make a better experience. It’s just not realistic.”

Despite the changes, audiences still come. “Spider-man: Homecoming” grossed more than $890 million in the year of its release.

“I kinda notice the differences after I’m used to the movie, but when I first see something new, I’m too caught up with everything else [in the movie]” Sheehan said.

Whether it’s action, comedy or romance, the main goal behind movies is to keep the audiences’ attention on the plot, and the movies filmed at Grady do that, but the discrepancies are obvious, students said.

“When I look at it closer, then I can see how much stuff they get wrong about high schoolers,” Simpson said. “No one is always sitting down in the cafeteria, and it is always much more crowded during lunch and transition.”

It is not just class size that movies can get incorrect. The overall image of a high schooler is restricted to following a single script.

“It can get a little annoying when movies are trying to follow that stereotypical image of high school,” said freshman Sofia Vempala. “I don’t want people to see like girls sorted into different groups of mean, popular, nerding and stuff.”

Cliques do exist, but movies tend to exaggerate the boundaries set on them. Grady is a diverse school, full of unique individuals who don’t abide by just one label.

“’Spider-man’ was a good movie, but, like all of them, it kinda relied on him being grouped with nerds and following that whole bully/weak-awkward kid stage,” Vempala said.