Opinion: School should not fix its recycling problem 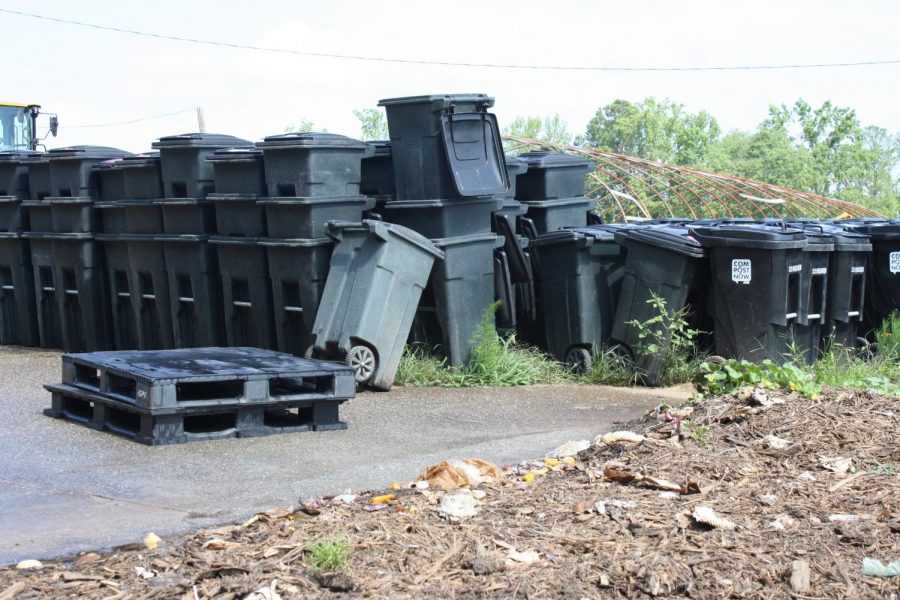 Private company CompostNow provides a weekly composting pickup service in which Atlanta customers place compost outside their houses to be taken to the CompostNow Facility.

Recycling is ingrained into our morals as a fundamental responsibility. The triangle made of three white arrows signify everyday citizens helping the earth, but that practice might be working against the very thing we are trying to save. It seems counterintuitive, and the thought of tossing perfectly folded cardboard or squeaky clean plastics into the regular trash may even cause physical discomfort, but some evidence convincingly argues against recycling.

Accept it or not, the recycling process is a gold-plated misconception that helps people sleep at night. It would be great if a discarded water bottle and milk jug were going to a factory nearby to be transformed into a new gallon of laundry detergent or a fresh colored marker, but that process is not always a reality, at least not now.

In most cases, when the milk jug is tossed into a recycling truck, it travels potentially thousands of miles to the west coast and is shipped off to a Southeastern Asian country, which previously bought American recyclables to turn into usable goods. However, due to China’s recent change in policy, the National Sword Policy, the plastic’s journey continues as it sails in the Pacific Ocean where it is unfortunately tossed into the ocean as a last resort.

Professor Janna Jambeck, a scientist at the University of Georgia, studies oceanic plastic pollution. She co-authored a 2015 study showing that 1.3 million to 3.5 million metric tons of plastic were deposited into the ocean from Chinese coasts each year.

In the middle of the Pacific, there floats “the Great Garbage Patch” that is bigger than the state of Texas, according to a case study by the Department of Earth Sciences at Montana University. Encountering fishing nets, micro-plastics and even intact plastic bottles, ocean currents combine these plastics into floating piles of debris.

The environmental cost of shipping that waste across the globe may be worse for the environment than just throwing it into a landfill.

A massive anti-recycling campaign, though, is not necessarily the answer. Recycling could be benevolent. A better solution may someday present itself, and the world will need trained humans who are in the habit of recycling.

For now though, as horrible as it sounds, go ahead and toss that milk jug into the trash.