College athletes should profit from their skills and contributions to institutions 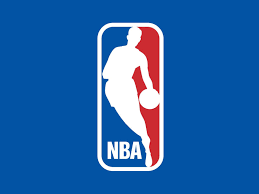 College athletes should not have to wait until becoming professional athletes in leagues like the NBA to profit from their skills.

College athletes should get paid for their efforts and the benefits they bring to their schools. A college athlete’s life is consumed by their sport, and if they are making money for their school, or for the NCAA, then it is absurd to say they shouldn’t be paid.

The Fair Pay to Play Act is a first-of-its-kind initiative that will allow college athletes to make money off their name and likeness. The initiative will go into effect in California in 2023.

Top tier recruits go to college and make millions of dollars for their schools yet they are unable to sign deals or make money for themselves. There are multiple players in recent years who should’ve made money while they were in college. Zion Williamson attracted a crowd wherever he played, yet he got nothing in compensation during his time at Duke.

The Duke men’s basketball team made $34 million. The NCAA made $1 billion in revenue in 2017, and not providing a stipend to the very players who are making them money doesn’t make sense.

A lot of people on social media are saying the act would ruin college athletics. If a player is good enough, they will use college athletics as a stepping stone to the pros, which already happens. For most of the top collegiate athletes, getting an education is not on their mind, so a scholarship really isn’t compensation. Making a little money on the side while spending a year or two in college will not ruin the reputation of college sports.

Only the players who are good enough to have name recognition would get these deals; players who aren’t good enough would stay in college all four years. The top players leave anyway and get brand deals after their first few years. Why not start paying them now? People will still be die-hard fans and the atmosphere will stay the same. College football isn’t changing; the only thing that’s changing is the players’ ability to profit off their names.

Opponents of the act have also said that if California paid its players then California schools would get all the recruits. This is untrue because the South and the SEC exist. When 2023 comes, Alabama, Mississippi, Georgia, and other states may try to pass bills.

The next counter-argument is that the same teams would win. This already happens. We’ve had almost the same college football playoff teams since it started. Alabama, Clemson, Ohio State, and Georgia have repeatedly made it to the playoffs, and the national championship has been Clemson or Alabama for the past four years.

The NCAA flat out takes advantage of its athletes, who they claim they are trying to help. Paying college athletes won’t ruin sports. It also won’t hurt the players who are not getting deals because they will have the same college athletic experience they would have had before the act. The only change in the status quo would be that the top-tier players are getting money.

We missed out on watching Lebron James in college because he went directly to the NBA from high school because of money. Players getting athletic brand deals before they go to college would prevent good players from going overseas or not playing in college at all. Paying athletes makes college athletics better and will make fans more excited to watch once the law goes into effect.