Superintendent and school board chair dispute reasoning for not extending contract 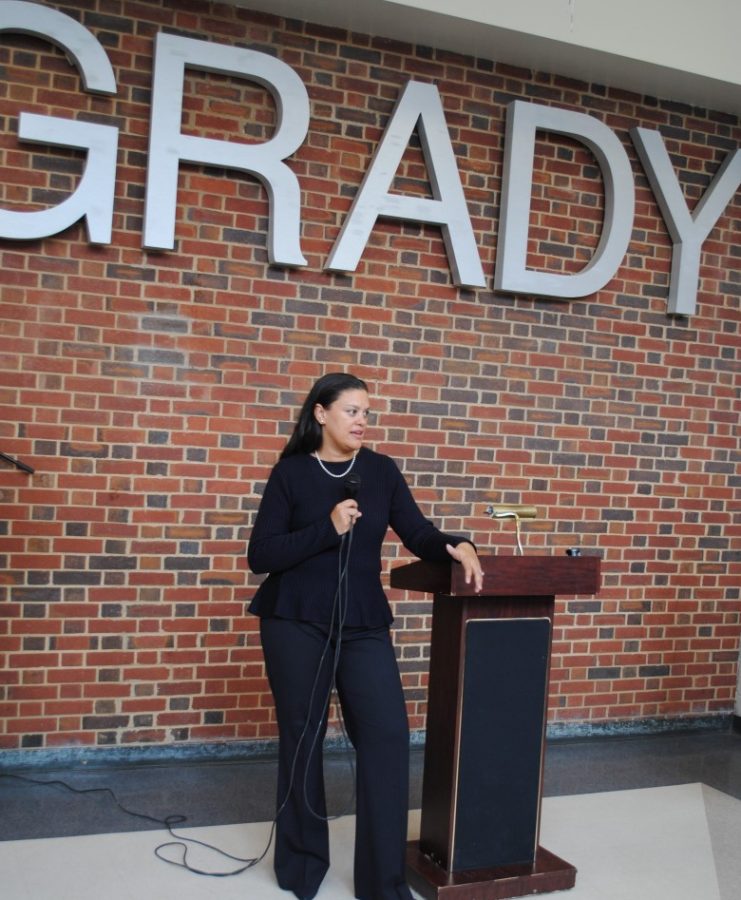 Atlanta Public Schools Superintendent Dr. Meria Carstarphen at Grady on April 30, 2014. Dr. Carstaphen, whose contract will not be renewed after it expires June 30, 2020, was named the district's chief on April 14, 2014.

After the Atlanta school board decided not to renew Superintendent Dr. Meria Carstarphen’s contract, both sides went to the media to tell their side of what had caused the pending change in leadership at the top of the district.

Immediately after the decision by the school board to not renew her contract, Dr. Carstarphen sent a message to Atlanta Public Schools employees saying she’s “always done what I believed to be right.”

Speaking to WABE Radio’s Rose Scott on Sept. 9, both School Board Chair Jason Esteves and Vice-chair Eshe’ Collins described a lack of communication between the school board and the superintendent since Dr. Carstarphen was brought on in 2014.

“Since we first hired Dr. Carstarphen, board members with each other, with the superintendent, have had all kinds of issues,” said Esteves. “Unlike boards in the past, we have kept those issues behind the scenes.”

Carstarphen disputed Esteves’ claims during an interview with Scott today, saying that communication had not been a problem during her tenure.

“I get that it was very intense. I do think that it is always a challenge to work with non-elected officials and for them to work with each other, but we worked through all of our issues to get to good votes,” Dr. Carstarphen said. “If you watch every board meeting, even to this day, we are extremely professional and put our issues aside to make sure that we are making votes and doing the work of the district.”

The board and Dr. Carstarphen have maintained professional respect for one another in the media.

“Dr. Carstarphen has been an amazing leader, but this work is not done by one person and the board has been integral in pushing in the movement and the progress has been made,” Vice Chair Eshe’ Collins said Sept. 9 on WABE. “That sausage making gets ugly, you get into debates and you agree to disagree, but we have all [are] in the same direction for doing great things for kids.”

Questions of transparency have been at the center of the issue given the nature of the closed session in which board members discussed Dr. Carstarphen’s contract. Executive sessions on personnel issues are closed to the public by law.

“[The board chair] told me on Sunday, as late as Sunday, and again on the day of the special called meeting that he was a ‘yes’ vote for me,” Dr. Carstarphen said. “I was a little surprised to see that when they did the count and that it was reported in the paper that he was a no vote.”