the Southerner Online • May 24, 2019 • https://thesoutherneronline.com/71789/comment/ominous-e300-staircase-unnerves-fearful-freshmen/ 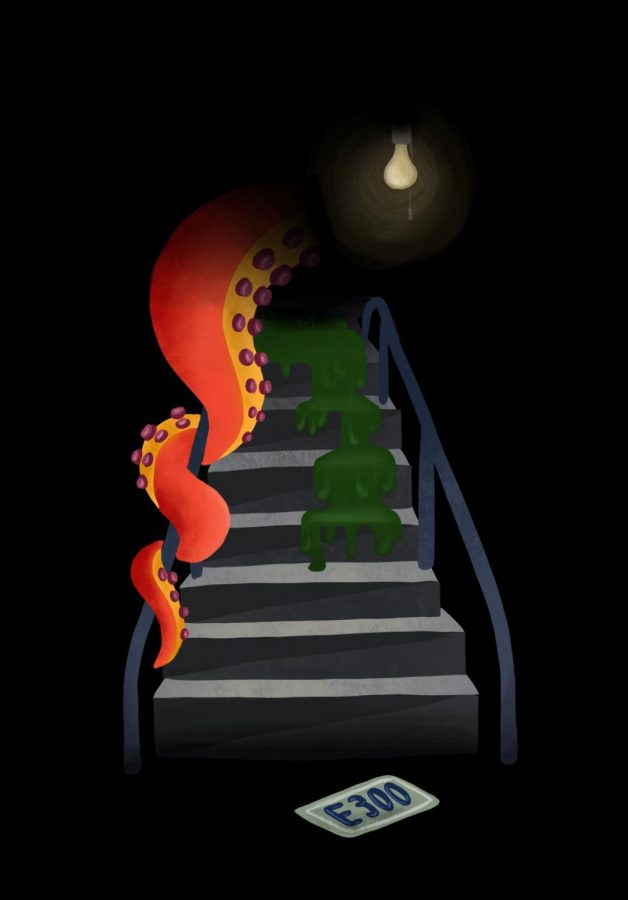 Grady proposed a new schedule for the 2019-20 school year that has sent massive shockwaves through the school’s population. The proposed schedule adjustment would change the traditional block ABAB schedule the school has been following for years. Instead, students would attend their four A-Day classes and four B-Day classes like normal. However, on either Wednesdays or Fridays, students would attend all eight class they are enrolled in. This new schedule would also eliminate Wednesday advisory periods that last about an hour long and act as an informal study hall for the majority of students.

The main question posed by students and staff is “why?”. The current schedule works, and as the saying goes, “If it ain’t broke, don’t fix it.” Many rumors have been going around as students scrounge for the answer to the question at hand. Some of these falsified conclusions are expressed by a number of members of the student body.

“I really do not understand the new schedule time,” sophomore Makenzie Williams said. “They only reason I think they would change it is so attendance on Wednesdays will go down because that is bound to happen.”

“I think they changed the schedule because the administration wants kids to have the most homework on Tuesday or Thursday nights, depending on what day we have all eight classes,” junior Max Right said.

“I do not know why they would want to change the schedule, but I am just glad I am getting out of here in a couple of weeks,” senior Jack Thompson said.

With all of these in mind, I have answered the question the study body has been awaiting: the reason the school wants to change the schedule is the lockers.

It is important to know that a very small amount of the Grady population uses a locker. Lockers at Grady cost a whopping five dollars. With the total student population of 1,872, Grady is missing out on huge business. If every student at Grady purchased a locker at the beginning of the year, the school would be looking at bringing in $9,360 a year. This is a large sum of money that Grady has not tapped into…yet. I think we can all agree that this money would not be put to practical things either. It’s definitely not going to be used to gravel the dirt lot or alleviate the parking situation. It would be used for something less practical.

My point is there is no way students will be able to carry eight classes worth of binders and books. They will be forced to buy a locker which is the only probable answer that comes out of the question to why the school would do this. Hopefully, this proposed schedule will end and Wednesdays or Fridays will not have to become the new Monday. But either way, at least we know Grady’s real motive: the new schedule change is to cash in through money from lockers.