Anti-vaccination community harmful to all 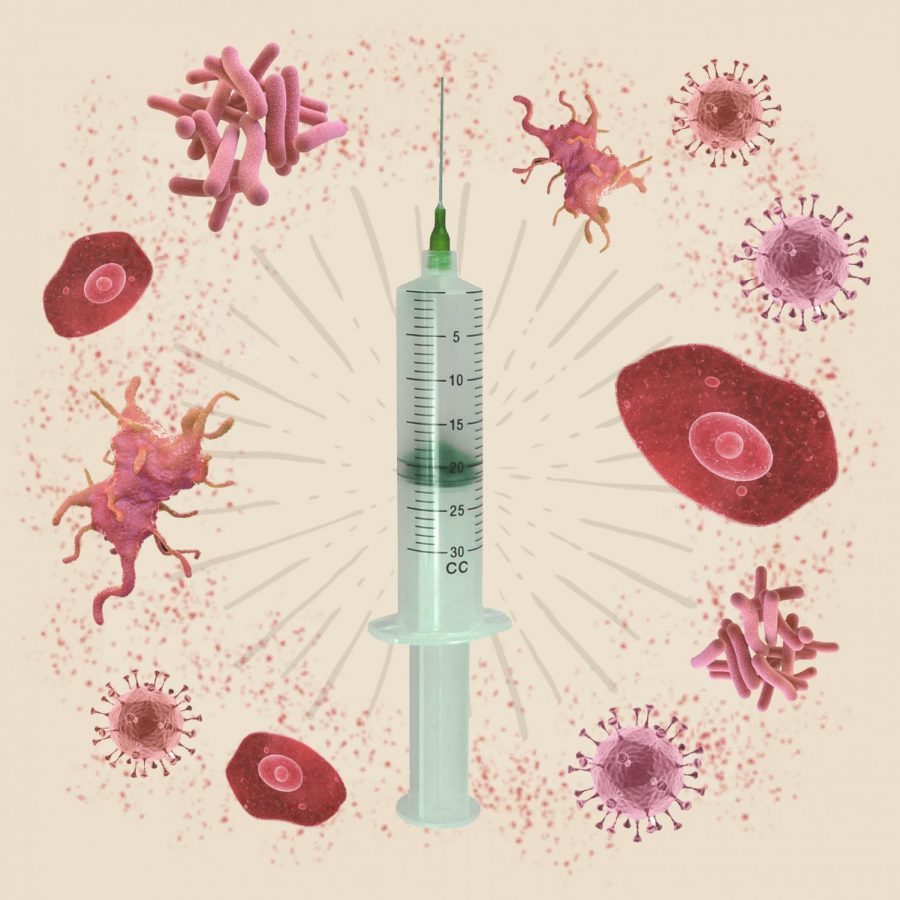 As the increasing presence of anti-vaccination groups on social media gains popularity, public schools must prioritize educating teens on the importance of vaccination. If not, ignorance will take over and diseases that have been eliminated some 20 years ago will strike again. It’s important to remember that the ones being affected most by these diseases are children.

Since January, reported cases of the measles have been on the rise. This is due to the blatant ignorance expressed by the American people and is a result of a combination of vaccination exemptions and lax state vaccine policies.

According to the CDC, from January 1 to April 4, 2019, 465 individual cases of measles have been confirmed in 19 states. This is the second-greatest number of cases reported in the U.S. since measles was eliminated in 2000.

According to the World Health Organization, “even though a safe and cost-effective vaccine is available, in 2017, there were 110,000 measles deaths globally, mostly among children under the age of five.”

Last semester, on Oct. 17, officials confirmed a case of mumps at Grady.

Mumps was common until the MMR vaccination was created in 1971. Since then, cases have dropped dramatically. So what caused an inner-city public school to have a student with mumps and do nothing except send a letter home to families?

Atlanta Public School’s policy on immunization for students is stated explicitly on the district’s website. It outlines the vaccinations children must receive and in what grade each vaccination should be given. At the bottom of the page, there is a link to the “Waiver of Immunization Requirements Due to Conflict of Religious Beliefs.” These medical waivers or exemptions are a part of Georgia Form 3231 that is reportedly reviewed annually. It allows for a loophole of otherwise mandatory immunizations.

Earlier this year, Ohio teen Ethan Lidenberget went before Congress to call out social media sites for spreading misinformation about vaccines that make people, like his parents, afraid to vaccinate their children. He went viral last fall for starting a Reddit thread commenting, “My parents are kind of stupid and don’t believe in vaccines. Now that I’m 18, where do I get vaccinated? Can I get vaccinated at my age?”

Just one day after Lidenberget appeared before Congress, the American Academy of Pediatrics also urged CEOs of large corporations like Facebook, Google, and Pinterest, to filter vaccine misinformation from their platforms.

According to two reports published by the U.S Centers for Disease Control and Prevention (CDC), in Oct. 2018 (around the time of Grady’s mumps incident), the percentage of unvaccinated children and vaccine exemption rates in the U.S. were on a steady rise.

The organization also reports that an additional 1.5 million deaths could be avoided if global immunization coverage improves. The biggest rumor about vaccinations is that the flu vaccine can give you the flu. According to the CDC, the influenza vaccine can not cause the flu. The injectable vaccine is made either from inactivated flu viruses or from a single gene from the virus to trigger an immune response without causing an infection, the CDC said.

An estimated 19.9 million children under the age 1 did not receive the DTP3 flu vaccine, according to the WHO.

The largest argument in the anti-vaccination community sparked widespread fear that vaccines increase the risk of autism. Originating in a 1997 study published by British surgeon Andrew Wakefield in the medical journal The Lancet, claimed the measles, mumps and rubella (MMR) vaccine was increasing autism in British children.

Wakefield’s claim has since been completely discredited due to procedural errors, undisclosed financial conflicts of interest and ethical violations.

Wakefield lost his medical license, and the paper was retracted from The Lancet.

However, his hypothesis was taken seriously, and several other major studies were conducted. None found a link between any vaccine and the likelihood of developing autism.

Today, the true causes of autism remain a mystery, but to the discredit of the autism-vaccination link theory, several studies have now identified symptoms of autism in children well before they receive the MMR vaccine. And, according to the CDC, recent research provides evidence that autism develops in utero, well before a baby is born or receives vaccinations.

Vaccinations are safe and one of the biggest advancements in health thus far that should not be undermined by false research and ignorant claims.