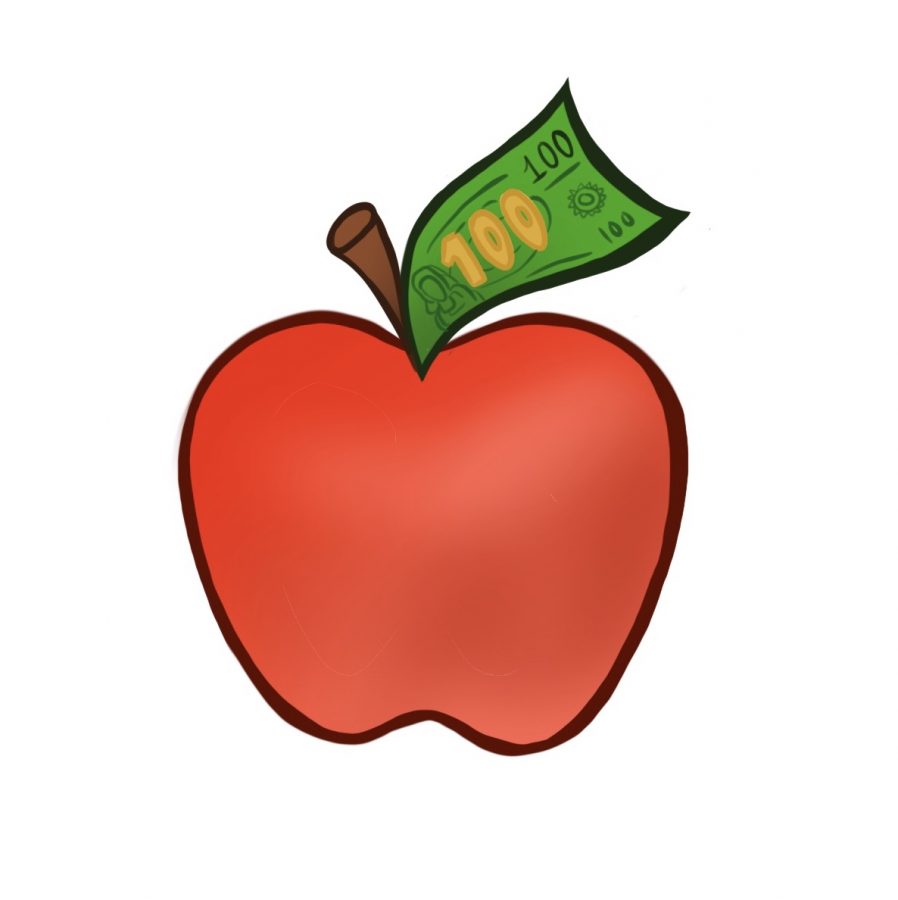 BANG FOR YOUR BUCK: The Justice Department revealed on Mar. 4 a bribery scandal involving the alteration of test score and false reports of athletic recruitment in order to gain college admission. The incident demonstrates the deep economic disparity between students as well as the culture of college prestige in the admissions system.

The revelation of a multi-million dollar bribery scheme, enabling students from wealthy and celebrity families to attend prestigious universities, which was unveiled by the Justice Department on Mar. 13 shows the nation more than just the disproportions between the wealthy and the rest of the country; it demonstrates the toxic competitiveness of today’s post-secondary education system.

The charges against 50 people, mostly parents, including actresses Felicity Huffman and Lori Laughlin, shine light on entrance exam cheating, including paying people to take college entrance tests for their children, as well as bribery to college officials in order to say that their children were athletic recruits (when they were not). The scheme has been condemned as a blatant example of the advantages of wealth in an increasingly competitive collegiate atmosphere.

With increasingly difficult standards of admission, as well as rising tuition increases, there is no questioning the competitive nature of the college admissions system. However, when these systems are averted through means of privilege, the playing field for poorer students is not only dug up, but the integrity of the education system is a stake.

Standards of achievement and stress levels have been rising, but standards of equity seemingly have not.

The education game is rapidly being rewritten every day. New technology, as well as access to education, has paved the way for equity in education, but instances such as collegiate bribery are evident of the still unequal game that students have to play. The disparities between educational assistance, whether it be the price of tutoring or the time taken away for after-school jobs, are inherently hindered by economic standing.

But the bribery of college officials and the alteration of test scores exemplify more than just the inequality that transcends regional boundaries in the United States: it shows the lengths that people will go for the attainment of prestige. The college narrative has become one about the sound of a name more than the values and information learned.

As Nathan Heller from the New Yorker notes, there’s an increasing divide between the purpose and perception of Ivy League-esque education. “Élite higher education today makes two promises. It is a liberal-arts idyll, free from the demands of breadwinning or real-world ‘usefulness.’ It is also an acceleration tube, where students gain life momentum befitting their competitive entry. Can it be both?”

With the reveal of scandals such as this, today it seems it cannot. Prestige has enveloped the minds of the academically-oriented and cultivated such an attitude of name over … This is not to discredit the quality of education or the work done by students at elite schools, but to simply highlight the culture that has led to attempts (and successes) to circumvent the admissions system. A culture such as this inherently widens the gap between economic classes.

Overwhelmingly, the reveal of the multi-million dollar bribery scheme demonstrates not only the advantage of wealth in today’s education, but highlights the toxic culture that has developed around the college admissions system.