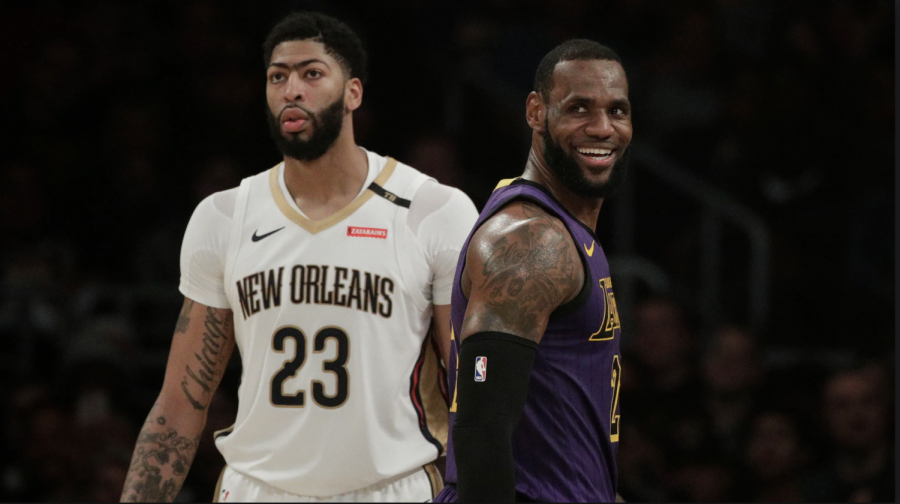 Anthony Davis is one of the most dynamic players in the NBA and arguably the best “big man.”
So, I can see why he would want to leave the New Orleans Pelicans — a team that is five games back from the playoffs and relies solely on him for wins. In essence, his back is tired from carrying the team, and he wants to join a team like the Los Angeles Lakers which has another superstar.

We also saw how much the Lakers wanted him as they were basically ready to trade their entire team to the Pelicans in an effort to acquire Davis. It was like when you turn off trade restrictions in the NBA 2K video game in order to build a superteam and trade away all your mediocre players. What the Lakers were doing was throwing away their whole team in order to have just Davis and Lebron James.

However, as many people have hypothesized, the Pelicans could have just been trying to get in the head of the Lakers’ players. The Pelicans are three games back from the Lakers in a tight race for the eighth seed in the playoffs. By asking the Lakers to trade away all their players, the Pelicans were in turn, making those players hesitant of the team they were still playing for.

The Pelicans never had any intention of trading Davis, they just wanted to affect the Lakers in a negative way. This was clearly shown as the Lakers lost to the Indiana Pacers shortly after the trade rumours started by 47 points, the worst home loss in Lakers history.

The drama from the trade deadline isn’t only limited to Davis, as Kyrie Irving has also caused stirs after toying with the media for most of the season. He has flip-flopped between wanting a trade and wanting to stay with the Celtics. Some could even say he’s just “trolling” the media.
I personally enjoy it. The NBA has become somewhat of a reality TV show, with NBA twitter exemplifying the drama. It is very entertaining for an NBA fan such as myself because, much to the chagrin of others, I actually like having superteams. It makes the games a lot more entertaining. It makes the playoffs and regular season games seem like the All-Star Game, except the players are actually trying.

The drama that comes along with this is a plus as everyone speculates what will happen. Will Kyrie join Lebron on the Lakers? Will Kevin Durant go to the Knicks to join Zion Williamson? The speculation is great and only makes the end of the offseason better.

With this drama and speculation also comes the issue of tanking and tampering. There will always be teams such as the New York Knicks this season, who went on a 18 home-game losing streak, and who appear to have lost on purpose in order to get what could be a once in a lifetime player such as Zion Williamson. This only heightens the drama as fans want to see the current stars pair up with who could be the next stars as Lebron did in joining the Lakers.

We’ve also seen a lot of tampering as the All-Star Game is used as a way for players to recruit each other. It’s not really even a game anymore; it’s more of a family reunion for the superstars in the league —just as awkward and there’s always that one creepy uncle, who in this scenario would be Lebron.

In the end, the trade deadline and offseason will always be full of drama and excitement. Every NBA fan will remember when Lebron took his talents to South Beach, and when he went crawling back to the Cavaliers only to lose to the Warriors twice. We will also remember when Durant became the Taylor Swift of the league and created one of the best teams of all time with Demarcus Cousins joining this season.

I will always love the NBA and its drama, and I think teams taking it to the next level and trying to mess with each other over makes it 10 times better. Stay terrible NBA, I’ll always love you.