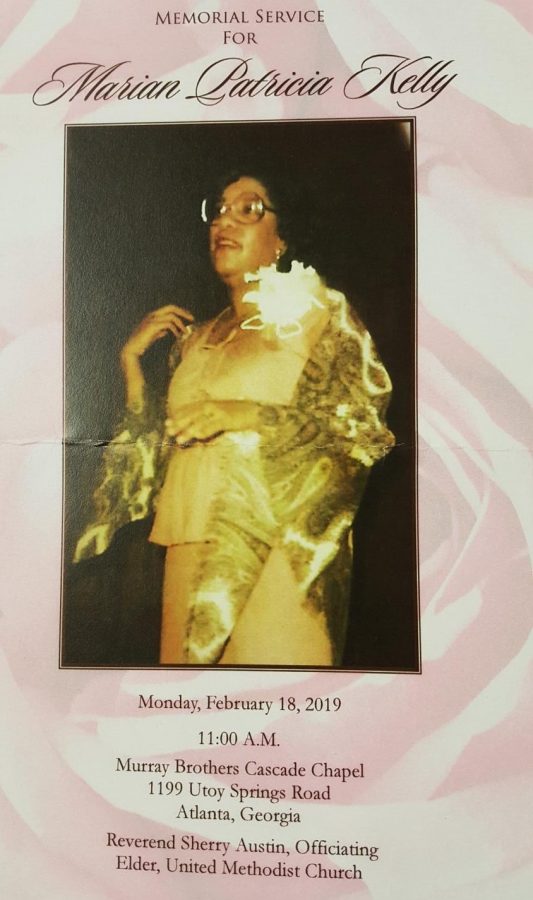 Former teacher Marian Patricia “Pat” Kelly passed away on Feb. 11. Kelly came to Grady in the fall of 1970, nine years after the student body integrated. The lack of diversity within Atlanta Public Schools’ staff led to a lottery which pulled randomly from a pool of potential teachers. By chance, and arguably fate, the district drew Kelly’s number, making her one of the first African American teachers at Grady.

After 40 years of teaching and administrating, Kelly’s legacy endures. In 2006, in an effort to recognize the most impactful teacher by the graduating class, the “Marian P. Kelly Award” was created. City Councilman Matt Westmoreland created this award when he was the editor in chief of the Southerner at Grady. He wanted to recognize her commitment in helping run the school.

“I never met a member of the staff or student who didn’t think very highly of her and appreciated everything she did for the school,” said Westmoreland, who worked with her in the Student Government Association. “She developed student leaders, and given how long she had been at Grady, she seemed like a natural fit for an award so students could say thank you to adults that had meant a lot to them.”

Kelly was born in Connecticut and attended Bennett College in Greensboro, North Carolina. She taught at Smith High School in Grant Park for two years before moving to Grady.

“It turned out to be the best thing in the world,” Kelly told The Southerner in 2006 referring to her switch to Grady.

Naomi Grishman, former Assistant Principal, Magnet coordinator and teacher befriended Kelly when she came to Grady in 1986. Working across the hall from each other on the third floor, the two quickly became lifelong best friends.

“She was the embodiment of goodness,” Grishman said. “She really represented the mission and values of Grady High School. Most department chairs hand-pick their classes, and they mostly pick the most advanced classes. She always chose the most challenging classes to teach.”

AP Language and Composition teacher Lisa Willoughby worked with Kelly when Willoughby was a student teacher at Grady.

“She was everybody’s editor,” Willoughby said. “Nobody in the administration would send any kind of written correspondence without making sure Ms. Kelly proof read it and gave some insight and feedback.”

Willoughby recognizes Kelly’s leadership ability to facilitate decisions, calm crowds of people and encourage all sides to be heard.

“She would listen really, really well without commenting or judging, then she would help you see what you could do and how you could deal with whatever problem,” Willoughby said. “She wouldn’t take sides, and she wasn’t someone who gossiped. [She was] just really kind and fair and extraordinarily patient.

Willoughby and Grishman, with other Grady teachers, faculty and former students attended the funeral which was was “simple, just as she would’ve liked it.”