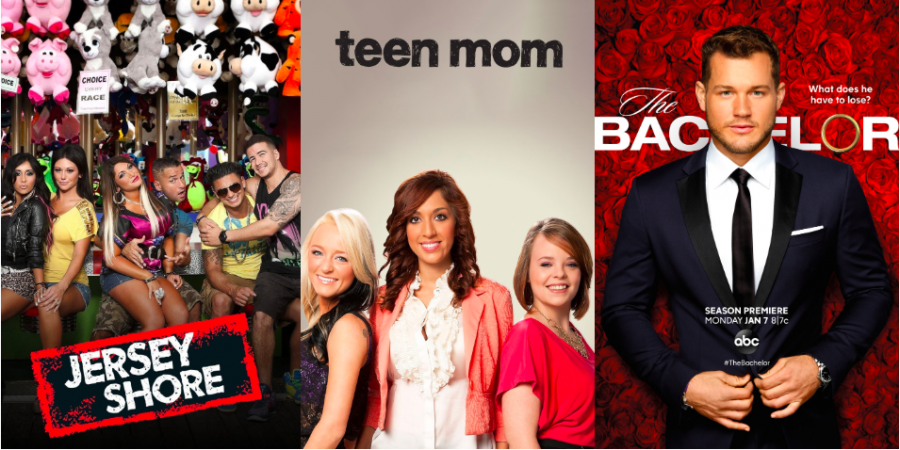 Many common television networks like MTV, ABC and Lifetime have reality TV shows —programs that are supposed to represent real life and real situations. These shows portray lives in comical, exaggerated ways.

However, most of the shows on television such as “Jersey Shore,” “Teen Mom,” “Keeping up with the Kardashians” and “The Bachelor,” are more staged than reality.

Some high schoolers love these shows, although others have a very different viewpoint.

“I don’t really watch reality TV, mostly because it’s definitely not actual reality,” senior Agazi Meijer said. “Some of my friends are really into reality TV, and it can be addicting. It is not good for their mental health, for sure.”

Teenagers are still figuring out who they are. They look to outside resources to help them make choices, like family, friends and the media. With its entertaining dialogue and comical plot lines, reality TV has captured the attention of millions of teens. However, sometimes, the “actors” set questionable, dangerous examples.

“In the show “Floribama Shore,” they go out drinking and partying every night and get rewarded for their bad behavior,” senior Maggie Kohanowich said. “Teenagers will expect they can do that on a regular basis when it’s just not practical in the real world.”

“You can’t fall in love that quickly like in the Bachelor [or] Bachelorette,” Cowden said.

Reality stars are human beings, yet American society treats them as idols and want to be like them. Cowden, however, believes reality shows do not have as much of an effect on teenagers, at least no more effect than any other type of television.

“People need to have more common sense when watching reality TV because then they will realize it’s just TV and not real life,” Cowden said.

Some students find shared viewing of reality TV can be a great bonding experience. For instance, senior Lily Shevlin watches “The Bachelor” with friends as a way to bond with them.

“I made a ‘Bachelor’ fantasy league bracket for all my friends who watch the show,” Shevlin said. “It makes watching the show so much more fun because we get points, and there can be a winner at the end, not only on the show but among us.”