Up and Coming: Atlanta’s Highlight Developments 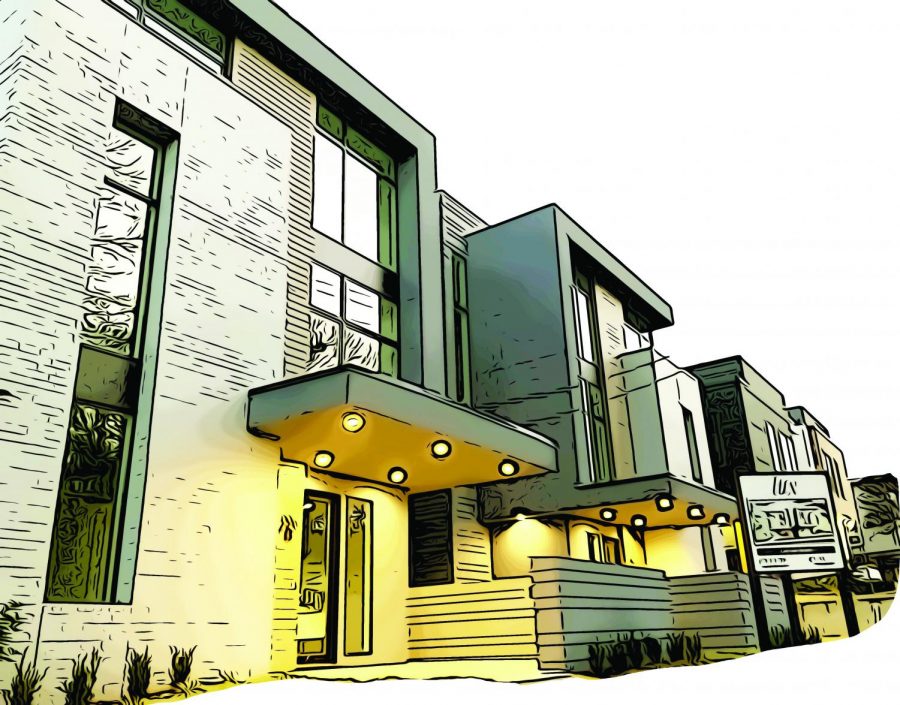 An uptick in development around the city has increased the role of gentrification within the city as affluent developments push out lower income communities.

Projects such as the BeltLine, a multi-use trail running along one of the city’s former railway corridors, as well as the Mercedes-Benz Stadium that replaced the Georgia Dome in 2017, have come to characterize many concerns over Atlanta’s urban development. However, while many look to the BeltLine and see gentrification, Welsh views the development differently.

“Most people want to point at the BeltLine and say it’s the problem and it’s the reason for gentrification,” Welsh said. “The simple fact is, that if we had policies put in place around affordable housing, the BeltLine would not have caused it. We have not dealt with affordable housing in our city, really, ever. People have a tendency to use it in their campaign speeches, but no one is really putting a lot of effort behind passing legislation around it or funding to create more affordable housing.”

Welsh notes the BeltLine’s increase is density as one of the project’s largest strengths. But other projects are still seen perpetuating a lack of properly planned urban development.

Our economic development policy has a tendency to just say, ‘Hey, come here, and we will give you this significant tax incentive,’” Welsh said. “But there’s not a lot of time spent looking across all of the tax breaks that we are giving to stadiums and aquariums and Norfolk Southerns and NCRs and any of these other huge corporations. When does anybody sit down and look and [analyze tax breaks and gains in jobs]? A lot of these projects are done in isolation.”

“Now instead of investing a half a billion dollars in affordable housing, the [current mayor, Keisha Lance Bottoms] believes that we should invest a billion,” Franklin said. “Every year that this investment doesn’t get done, it just becomes more expensive to accomplish. The bottom line is that for eight years, the city council did not talk about affordable housing much at all. The only legislation that was passed was sponsored by Council member Andre Dickens, and it didn’t get anywhere until 2017.”

With the Mercedes-Benz Stadium recently hosting the 53rd Super Bowl, the city not only welcomed hundreds of thousands of visitors, but dug up some of the stadium’s role in Atlanta’s spotty urban development.

“The stadium went where there were two historic African-American churches. We bought them out,” Welsh said. “We bought them and said, ‘Hey, maybe you can move somewhere else.’ It actually changed the path of Martin Luther Drive … It disconnected people on the Westside of town from the Eastside of town … That’s what we do as a city. We create all these big, shiny projects to try to make ourselves look big, and we don’t invest in our people.”

The news outlet, “The Bitter Southerner,” continues the story of the effects of the stadium’s construction, describing stories of those who lived in the neighborhood called Lightning, which was demolished for the Georgia Dome.

While the stadium brought in jobs for many residents in the area, many point out the lack of concise regulation in building projects that contribute to some of the city’s urban disparity. Impact fees in construction are the fees the developer pays that go towards improving the area in which a project is put in place. Welsh notes that Atlanta’s impact fees were placed under general funds under former Mayor Kasim Reed, instead of a separate entity.

Welsh also points out the city’s dated zoning codes, which go back to the 1970’s, and how this has impacted development across Atlanta.

“There was a small development on DeKalb Avenue, an old industrial building, and the architects wanted to renovate it and put in a little restaurant and a few office spaces,” Welsh said. “But according to the 1970 zoning requirements, they were going to have to add a large number of parking spots. The neighborhood did not want to grant them a variance (an exception to not add those parking spots), and so they were going to have to tear down part of the building to add more parking. That zoning was put in even before a MARTA station, let alone the BeltLine.”

“We are one of the least dense cities in the country, but people think because they are stuck in traffic that we are too crowded,” Welsh said. “Traffic is just an example of poor planning, it doesn’t mean we’re too crowded, it means we didn’t design our city very well.”