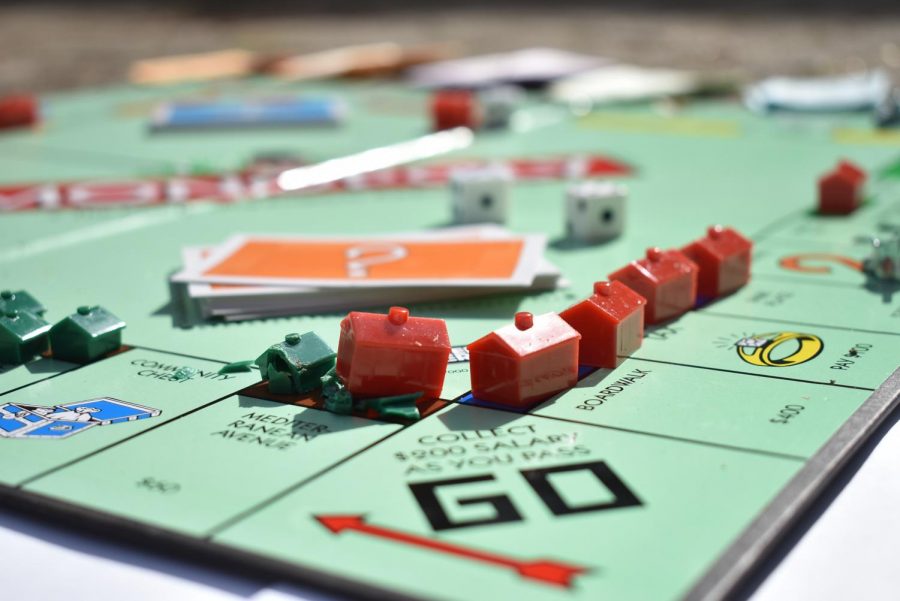 Monopoly representation of gentrification in the city of Atlanta caused by a variety of institutionalized and developmental factors.

When the economy began to rebound in 2010, people felt relief and for the first time, in a long time, investment in real estate, industry and technology skyrocketed across the nation.

While the economic boom was welcomed with open arms, the recession’s closing created a new conundrum: gentrification. Defined as the displacement of people from neighborhoods within a city, generally poorer residents, gentrification is accompanied by an influx of middle-class or affluent people and a dramatic rise in real estate prices and improved neighborhood amenities, a trend that has swept the nation, particularly in Midtown Atlanta, where Grady is located.

Lauren Welsh is a founder of the Atlanta-based advocacy group ThreadATL, which aims to influence policy around city planning and design decisions. Gentrification breaks up communities, she said.

“Generally, gentrification means the displacement of people,” Welsh said. “When improvements happen in an area, and property values increase, it ultimately displaces people who can’t afford to live there anymore. What is happening across the country is there is more of a trend to move into urban areas. People are moving into cities … People are not moving into the suburbs the way they used to.”

While a national trend of urban movement has characterized housing changes over the past several decades, Atlanta’s gentrification embodies a completely unique narrative. The city was the first in the U.S. to develop public housing in 1936, and the first to completely close it down in the modern era.

“Not only is there the pressure of people moving in, but the city has put in infrastructure that makes it attractive for higher-end investment,” said Shirley Franklin, former Atlanta mayor and executive board chair of Purpose Built Communities. “We did not finance the affordable housing incentives while there was so much investment in the infrastructure.”

According to a report issued by the U.S. Census Bureau and analyzed by Brown University, Atlanta is the fifth-fastest gentrifying city, with over 46 percent of census tracts undergoing gentrification. This trend has propelled the city to the top spot in income inequality across the United States, the US Census Burea’s American Community Survey found in 2018.

“What happens in a private market is that speculators come in and buy the cheap land in neighborhoods that are uninvested,” Franklin said. “The people who can afford the higher cost housing are those with higher incomes, not the 30 percent of the Atlanta population that lives at or below the poverty line.”

What this has meant for residents of Atlanta, is not only difficulties in buying homes but an influx of high-end development  in response to an increased demand from more affluent residents.

While economic investment is essential in revitalizing communities, the city’s levels of private investment without regulation can have a net decrease in the social capital of a community.

“It really is robust economic investment in typically underinvested areas that subsequently changes the communities,” said Christopher Norman, president of Atlanta Land Bank Authority, a developer and manager of tax-foreclosed properties. “Everyone wants to have the Walgreens, Starbucks and dry cleaners, but the question is, does this have to come at the cost of others being pushed out of the community … the other part of gentrification is that if you are not already living in the neighborhood and it undergoes increased economic investment, then one’s ability to move into the neighborhood decreases without affordable housing.”