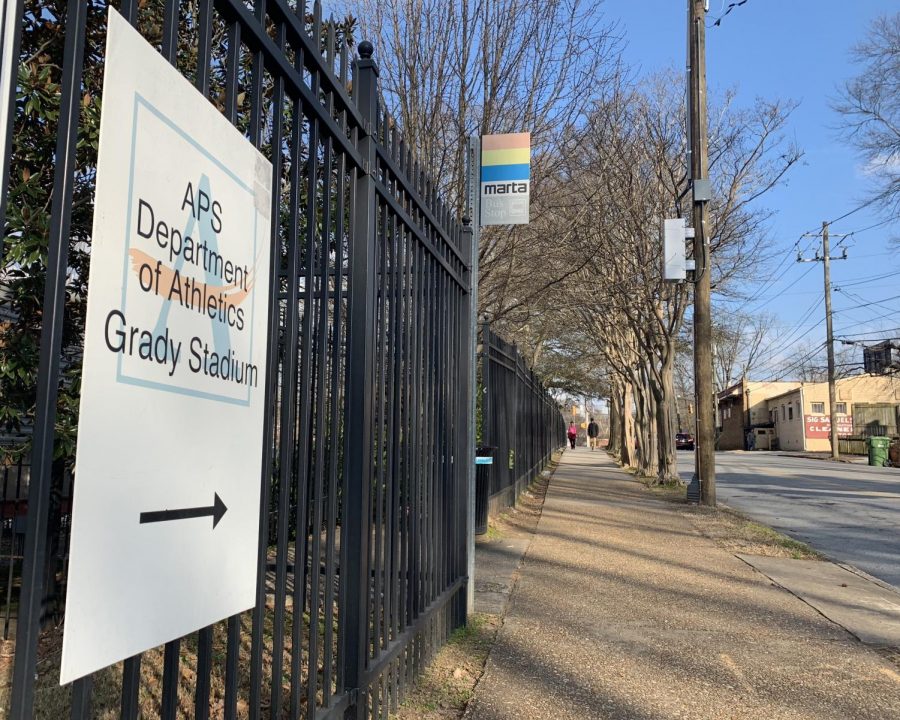 MARTA is one option for Grady students who lack reliable transportation for extracurriculars.

For senior Hudhaifah Bey, attending after-school activities is not always easy. A member of the robotics team, Bey frequently uses public transportation to get home from practice, a time-consuming and exhausting endeavor.

“I have to catch the MARTA bus at seven o’clock in the evening, and it takes a good while,” Bey said. “I get home really late; so, I’m always really tired.”

For Bey, this creates a strain between extracurriculars and homework.

“It’s been times where I had to weigh my options,” Bey said. “Go to robotics or go home and do this thing I really need to do.”

Bey’s experience is not a unique one. Lack of access to transportation is an issue that limits many students’ participation in extracurriculars. This includes freshman Xzandria Jones. A member of the Grady girls volleyball team last season, Jones often lacked transportation to and from practice.

“It was really hard because the majority of the time my mom had to work, and there was nobody that would really give me a ride,” Jones said.

While Jones tried using public transportation, doing so regularly proved too expensive and time consuming. And while newer options, including ride-sharing services like Lyft and Uber give students faster alternatives to MARTA, using such options frequently is out of many families’ budgets.

This meant that Jones was often left with no way to get to and from volleyball practice. On many days that her teammates practiced, Jones was forced to stay home.

While lack of access to transportation still affects students such as Bey and Jones, English teacher and speech and debate coach Mario Herrera said the issue is not as widespread as it used to be.

“When we were a magnet program and you had students all over the city that went to Grady, that was a much more unique situation,” Herrera said. “I think it’s just different now. I think it’s a little bit more easy.”

Nevertheless, according to band director Brian Cook, lack of access to transportation is still an obstacle for many students.

Cook sees the issue among his students. Many often miss rehearsals, with transportation even stopping some students from joining band all together.

According to Herrera, certain steps can be taken to help students who lack reliable access to transportation, including setting a flexible practice schedule.

“With something like speech and debate, it also allows students flexibility because, say you know you don’t have a ride on Tuesday, you can just come to Wednesday’s practice instead,” Herrera said. “Because our practice schedule’s a little bit more flexible, we don’t seem to have the same issue.”

Herrera also credits the Grady community with giving support to students who struggle with transportation — something he has seen firsthand in speech and debate.

“I think the booster club does a really good job of making sure that if that exists, we find a way so that the student can participate,” Herrera said. “It’s one of the reasons I love this community. I think when the community finds out there’s a need, they will do what they can to make sure that need happens.”