Cheerleading team suspended for rest of year for inappropriate behavior 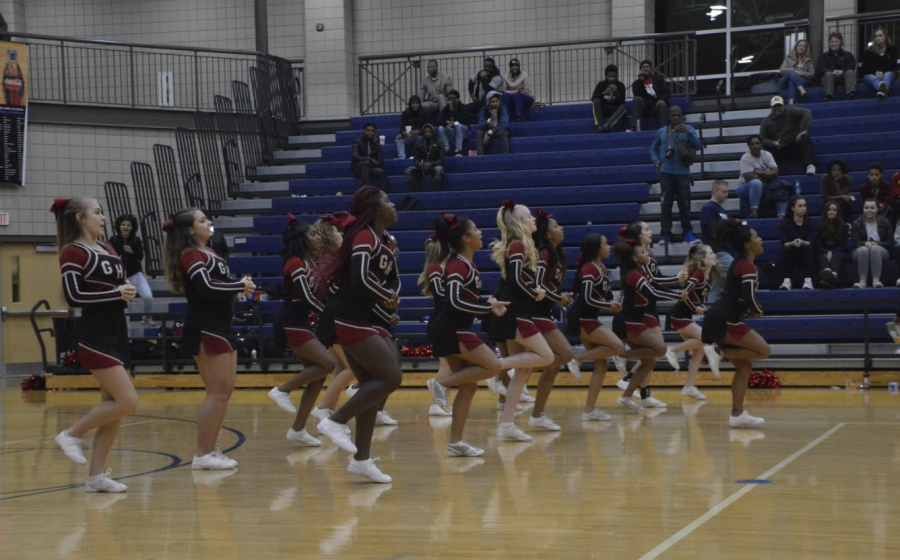 Grady’s cheerleading team was suspended for the rest of the  season on Jan. 17 after multiple instances of “serious situations of behavior” that “reflected poorly on Grady,” according to a letter sent home to Grady cheerleaders and parents from Principal Dr. Betsy Bockman.

“The most serious and distressing of these events was at Jackson High School on the evening of Jan. 15 when our cheerleading team was required to leave Jackson near the end of the girls’ game,” Dr. Bockman wrote in the letter. “At that time, members of the team were in the Jackson lobby displaying very inappropriate behavior and making offensive remarks.”

A total of 20 girls will not be able to continue cheering for Grady’s basketball team.

“It seems like it’s a group punishment for something that only three people did, and [the suspension] probably wouldn’t happen in any other athletic program at Grady,” an anonymous cheerleader said.

While the cheerleaders performed with praise during the football season, some of the inappropriate behavior witnessed during the basketball season included, “eating and drinking frequently during games, leaving the stands during games to socialize, using profanity, engaging in cheers and displaying gestures and movements that are creating unwanted attention and detract from what Grady should be about, engaging in taunting of other teams and other teams’ cheerleaders, and adults associated with cheerleaders displaying behaviors that are inappropriate,” according to Dr. Bockman’s letter.

The cheerleaders were asked to return their uniforms to Grady Athletics.

Despite the suspension, some cheerleaders attempted to cheer in street clothes during the varsity boys basketball game Jan. 22 against North Springs at Grady before administration began filming the girls until they scattered.

Because the junior varsity was not originally suspended as well, three JV girls performed at the Eighth Grade Ceremony, a program for rising ninth graders to learn about what Grady has to offer, held in the auditorium on Jan. 23.

The decision was not made lightly and is hopefully a learning experience for all those involved, according to Dr. Bockman. The three senior cheerleaders were still celebrated during senior night events Monday, Jan. 28.

Dr. Bockman has declined to comment at this point on the issue.