Boys soccer to rebuild after graduation of 14 seniors 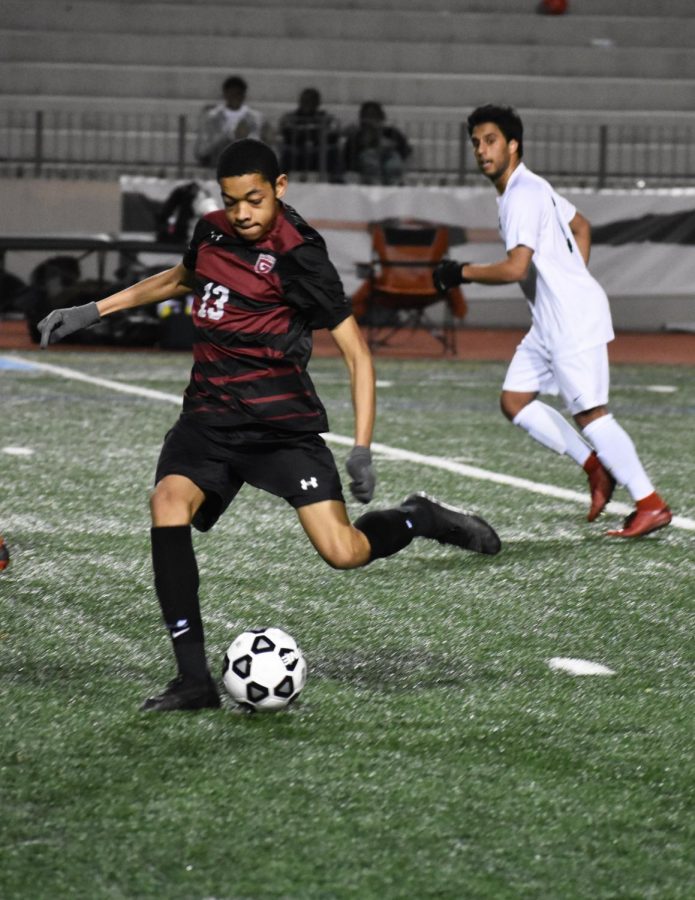 Freshman Chase Palmer prepares to pass the ball downfield to a teammate in the scrimmage against Westminster on Friday, Feb. 1. The boys lost 1-0, but had many chances in the game and looked unaffected by the loss of 14 seniors last year.

Much like its female counterpart, the boys soccer team took on heavy change at the beginning of its 2019 season. With the graduation of 14 seniors, the boys aim to use this year to rebuild, but without suffering negative consequences often associated with developing new talent.

“I don’t think [the loss of 14 seniors] impacts us in a negative way, it just gives players an opportunity to step up,” said assistant coach Josh DiGiovanni, who has been with the team for three seasons. “We have freshmen like Chase Palmer, and junior Keven Dorcinvil [who] will kind of fill those roles.”

After advancing to the Elite Eight in the State Championship tournament last year, junior and captain Keven Dorcinvil believes in this year’s team.

“As long as all our players play at their best, we can probably make it farther [than last year in the state tournament],” Dorcinvil said.

Dorcinvil scored 10 goals during the 2018 season and acknowledges the simplicity of the sport.

“My goal is to win, so as a captain, I’m going to score goals and make goals happen because that’s how you win a game,” Dorcinvil said.

Dorcinvil plans to use what he has learned from previous captains to benefit the team. He added that the team must focus on developing its freshmen players and “get them up to where they need to be.”

Senior and captain Nicho Cucchi also hopes to use “leadership skills” learned from past captains to lead the team, and he wants to improve on last year’s record. In a regular season match against Decatur during the 2018 season, the Knights lost by the difference of one penalty against Decatur after two halves of a 2-2 overtime draw.

“Obviously, we want to beat Decatur; they’re one of our biggest rivals,” Cucchi said. “We’re looking to go far in playoffs. I think we just gotta work hard in practice.”

Setting high standards leads to accomplishing high goals. The high quality of the team in recent years caused DiGiovanni to set his sights on the highest prize of all.

The level the team has played at for the past three years can be attributed to a core group of starters that made the biggest impact. Last year’s goalkeeper, Jack Hudson, now plays for the University of Kentucky. Teammates Caleb Weinstock, who now plays club soccer at Brown University, co-captain Alex Durham, and 2018 Region 6AAAAA Player of the Year Ahkil Russ, all contributed to a successful team. Unlike the past three years, the boys will rely more on the offensive side this season.

In its scrimmage on Feb. 1 against Westminster, the Knights worked to fill the shoes of last year’s graduates, but resulted in a narrow 1-0 loss. Despite the loss against a strong opposition, DiGiovanni thinks the transition will continue smoothly. In the team’s first game on Feb. 4 against Marist, the Knights won 3-2.