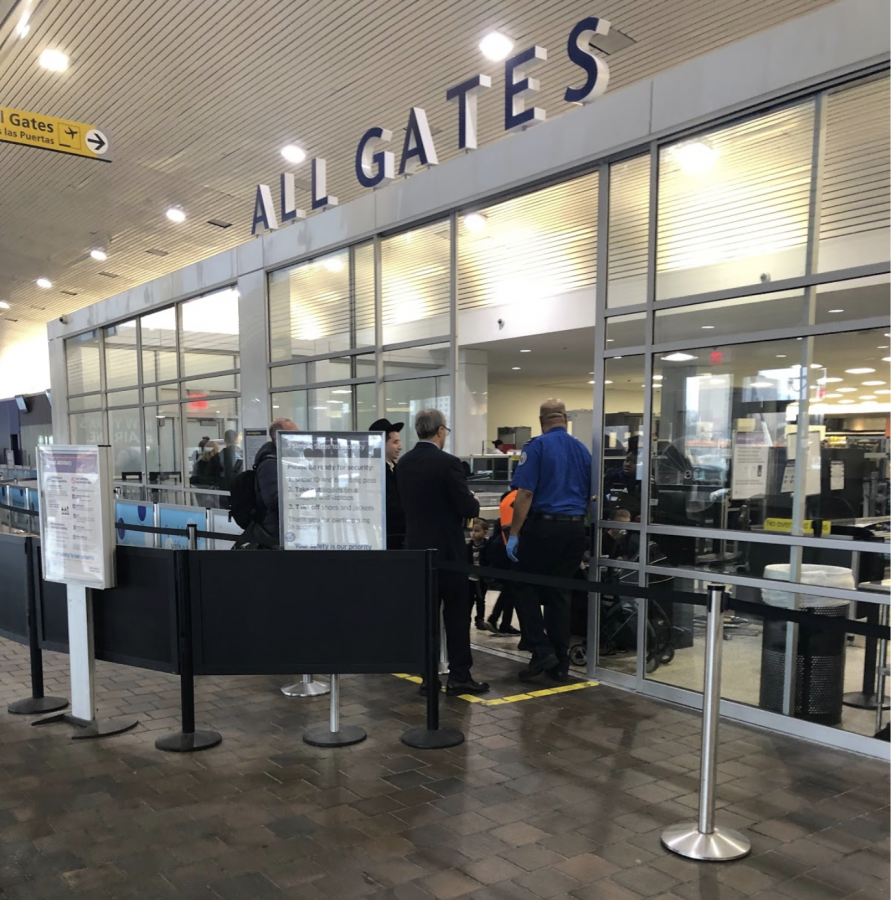 TSA employees are continuing to work after 35 days without pay. TSA employee Kevin Foster said, “We have a lot of passengers coming through saying 'We are sorry,' but I asked this one guy ‘What are you doing to try to help us? Have you called your representative or your senator saying this thing needs to end?'”

For 35 days, one fourth of the federal government has been shutdown due to a dispute between Congress and the President over a spending bill allocating money to build a southern U.S. border wall. The now longest-running partial government shutdown is tightening its grip on the 800,000 employees impacted.

Atlanta Public Schools’ philanthropic arm launched an initiative to raise money for families of APS workers who aren’t being paid as a result of the shutdown. Superintendent Dr. Meria Carstarphen announced a fundraising goal of $25,000 on Jan. 22 to help an estimated 300 to 500 employees and their families.

“My heart goes out to our APS staff members and families affected by this, and we hope that things get better for them as soon as possible,” the superintendent said on the APS Go Fund Me page setup to raise money for the families.

Kevin Foster, an assistant track coach at Langston Hughes High School in Fulton County is continuing to work, without pay, at the TSA at Hartsfield-Jackson International Airport. According to Foster, concern is growing at the airport among employees.

“The majority of us live paycheck to paycheck,” Foster said. “We got people trying to maintain the roof. People are trying to figure out if when they get home will their stuff be sitting outside. ‘Will I be evicted or foreclosed on?’ ‘What are my kids going to eat today?’ ‘Will my lights be on when I get home?’”

“It has gotten so bad that last week they had food trucks at our headquarters for people to come up and get food food from the Atlanta [Community] Food Bank so they could actually get food and have stuff to eat,” Foster said.

With the Super Bowl approaching on Feb. 4 in Atlanta, Foster admits the influx of people is “without a doubt” causing looming stress at airport security.

Kevin Taylor, father of sophomore Erin Taylor, works as an environmental engineer and air compliance inspector at the Environmental Protection Agency. He has been furloughed, or granted leave of absence without pay.

“We have a lot of outreach, and we monitor facilities to make sure they are complying with the law. So, without EPA being out there, you may have people that will be a little bit more slack with how they comply with the regulations,” Taylor said.

“My work isn’t getting done,” Amoroso said. “It’s not valued. You’ve got the president and Republicans saying that what we do is not important or necessary, which is hard.”

The idea of getting another job during the government shutdown is not as simple and feasible as many may think.

“With TSA, if you get another job, it has to be approved,” Foster said. “The catch is that the people who approve getting second jobs are furloughed, so a lot of people are trying to drive for Lyft or Uber so they can get cash that day.”

Even if an employee is able to get approved for a second job, the market for furloughed government employees is not a welcoming one.

“Getting a second job can be very difficult, though,” Taylor said. “I’ve heard of people becoming bartenders, but a lot of people don’t want to hire someone who the very next day they could say, ‘Well, I’m back to work.’”

The current shutdown is the longest shutdown in history, and likely will become the most expensive. The current record holder goes to the 2013 government shutdown involving Obamacare. The 2013 shutdown cost the federal government 2 billion dollars and resulted in the furloughing of 850,000 employees for 16 days.

As of today, more federal employees are expecting to be affected. Clerks at federal courts across the country are now furloughed.

“I think that when you are running a government, you shouldn’t use the government as a bargaining chip,” Taylor said. “We have three branches that are supposed to be managing the government and when that breaks down there’s a crisis.”

According to Foster, those who sympathize with the unpaid workers need to call their representatives and senators and say “this thing has to end.”