Impact of football in society undeniable 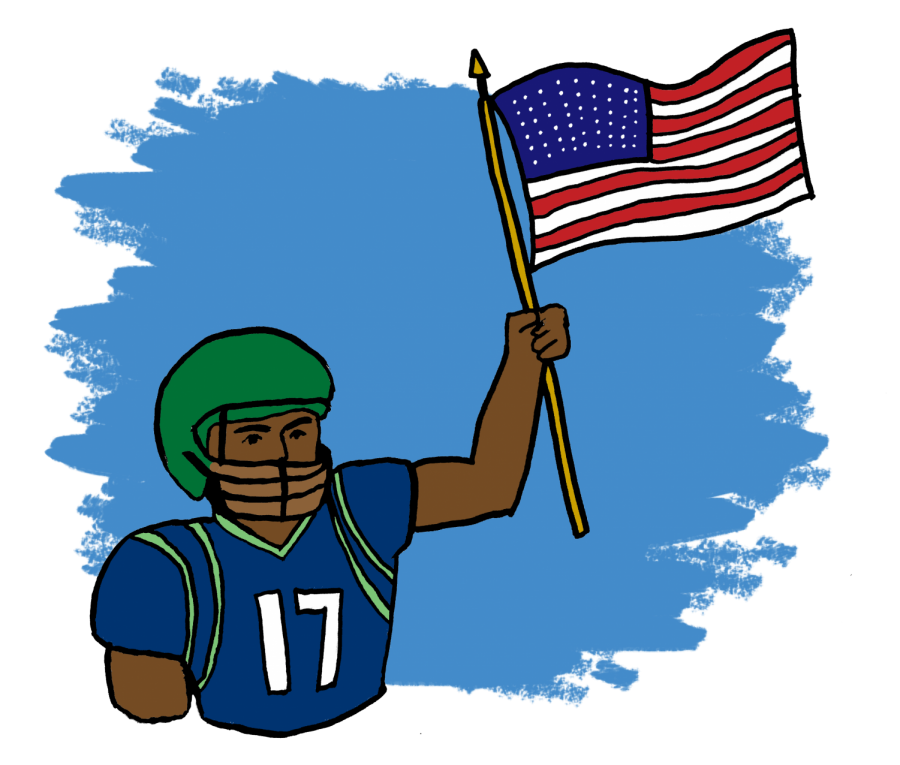 Football has a deep connection to American life.

It’s O.K. to watch football. That one simple statement has started countless arguments over a staple of American entertainment. Football is a brutal and potentially life threatening sport. That is a fact that is accepted by all fans, no matter their views or opinions on the sport. Many take it a step further and say it’s morally wrong to watch players get injured over and over again for the sake of our entertainment.

Football players are grown men. Men that are well aware of the unhealthy effects that the game can have on both their physical and mental health. Even though they’ve been exposed to the potential dangers football can have on their well being, they still chose to play. Once players have reached a point where they are willing to sacrifice their health, what more can we do to stop them?

Few team sports have the kind of impact on American culture like football. Sharing the love of a home team turns strangers into your new best friends. Whether it be a night out at a local sports bar or even just a crowded couch at your friend’s house, football brings together a community like no other in the U.S.

For example, the year was 2006 in New Orleans, Louisiana. The city had just gone through one of the worst and most destructive natural disasters ever to hit U.S. soil. Hurricane Katrina remade a once beautiful city into a tattered mess of collapsed roofs, power outages, and flooded streets and the New Orleans Saints were ready to come home.

Less than 10 months after the hurricane, with most of New Orleans still in ruins, the Saints were back to play their first home game since the disaster. Playing in the Superdome provided a much needed boost to the local economy. Bar stools, restaurant booths, and hotel beds were once again filled. The Saints helped New Orleans along the long road to recovery.

Along with helping rebuild communities, football is cathartic to the individual fan. According to  R. Todd Jewell, Afsheen Moti, and Dennis Coates, authors of “Violence and Aggression in Sporting Contests,” “Humans build up ‘destructive energy’ which playing or watching aggressive sports can help release.” Football provides an outlet for people to relieve themselves of their pent-up anger. If football wasn’t around to watch, this anger could be  taken out instead on innocent friends or an undeserving bedroom wall.

In the end, it’s O.K. to watch football. Football gets a lot of national attention for being dangerous, but the objective is simply to get the ball from one side of the field to the other.  When players step onto the field, that is the top priority. Getting a touchdown is the goal. Not beating up the opponent. On the other hand, the objective in boxing is to hit the opponent as hard as possible until they are unable to fight back. The goal is literally to knock them out. There is no ball being moved up and down a field, and the only “safety regulation” is that you can only hit with your fist. Where’s the 24/7 coverage on that?