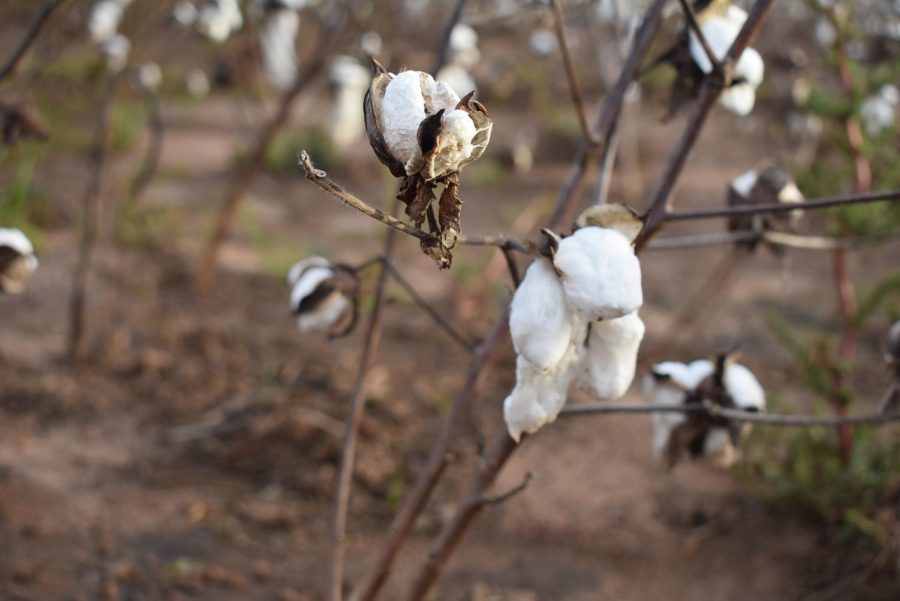 CRUSHED COTTON: Cotton was just one of the many victims of the hurricane’s fury. Blown over in the heavy winds, many cotton bolls were unable to be repaired or replaced. US Secretary of Agriculture Sonny Perdue reminded farmers after Hurricane Michael passed about USDA programs to help farmers with disaster recovery.

Hurricane Michael is a distant memory in many minds, but for communities across southwest Georgia, the memory is a vivid one. On Oct. 10, 2018, Hurricane Michael hit southwest Georgia as a Category 3 storm. Though the hurricane’s strength decreased as it moved north , the forces were strong enough to leave a lasting mark on the homes and families in the path of the storm. The town of Dawson, GA, just three hours south of Atlanta, was one of the towns torn apart by the storm. Teenager Molly Bell of Dawson, GA was one of these victims.

“During the storm, it got pitch black,” Bell said. “You could hear things circling around your house, hitting your windows. I went to use the bathroom, and I heard something fall right beside me. It was the scariest thing I’d ever done.”

Even after the storm had passed, the damage it caused was long lasting.

“There is still debris everywhere, and clean up crews are just starting to arrive,” Bell said. “A lot of trees are still down and are trying to be cleaned up.”

The agriculture industry alone took a hard hit, with an estimated $2 billion in agricultural damage. The hurricane affected cotton and pecan farmers the most. Fifteen-year-old Ty Cannon, also of Dawson, GA sees these effects on his family’s cotton crop. They went from producing over 1,000 pounds of cotton an acre to only 800 pounds. However, other crops took a were worse off.

“The pecan crop is what’s the worst this year,” Cannon said. “Pecan farmers are going to be hurting for years to come. Cotton can be regrown every year but with pecans, it takes 20 years to get a good stand. I know guys that lost 20 percent of their orchard. It’s going to be a tough year.”

Despite the hardship that many felt, there was good to come out of this. According to Bell, there was a “very strong sense of community” in the days after the storm.

“My neighborhood really got together to clean everything up together,” Bell said. “Everyone bonded and tried to help each other in this hard time.”

Despite the relief efforts, the road to recovery will be a long one.

“Even a month later,  I am still seeing a lot of trees down, debris, and houses attempting to be repaired,” Bell said. 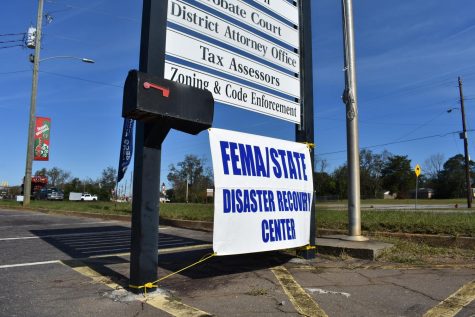 Lanier PickrenFEMA: A Federal Emergency Management Agency (FEMA) sign hangs in front of the Terrell County Courthouse in Dawson, Georgia. FEMA offers assistance to communities and first responders after major disasters. Its mission statement is “Helping people before, during, and after disasters.” 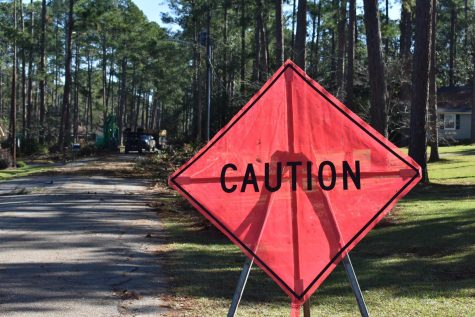 Lanier PickrenAN AIR OF CAUTION: A caution sign stands in front of FEMA crews cleaning up debris. Roads are blocked due to the amount of limbs and fallen trees the crew has to remove and break down. 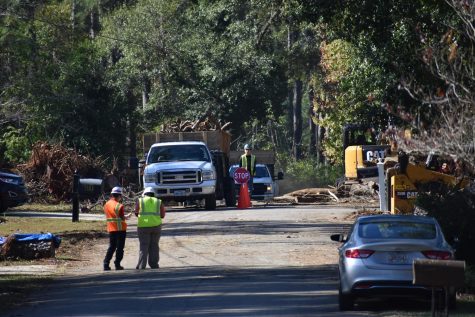 Lanier PickrenCLEANING UP: A road is shut down as crews clear the path of the storm. On October 18, a week after the storm, Georgia EM&HS tweeted that “The work to rebuild in southwest Georgia has just begun, but we thank everyone for the work that has been accomplished so far. GEMA/HS and its partners will continue the efforts to restore the quality of life in these communities.” 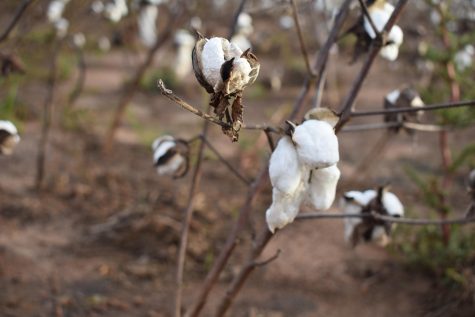 CRUSHED COTTON: Cotton was just one of the many victims of the hurricane’s fury. Blown over in the heavy winds, many cotton bolls were unable to be repaired or replaced. US Secretary of Agriculture Sonny Perdue reminded farmers after Hurricane Michael passed about USDA programs to help farmers with disaster recovery. 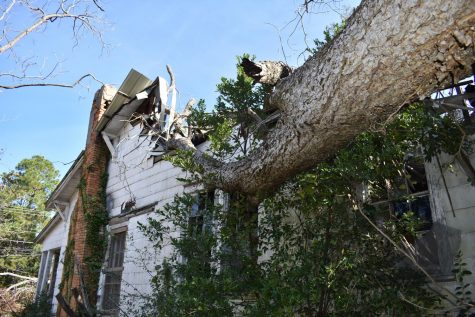 BEYOND REPAIR While some homes are able to be restored, others were damaged beyond repair. This abandoned home suffered damage from three trees. 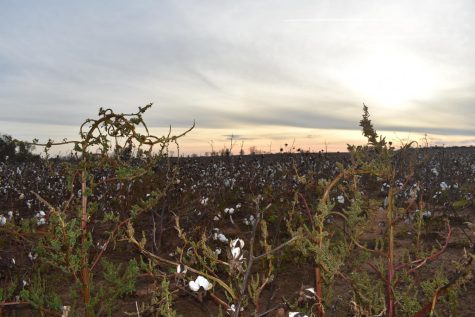 Lanier PickrenFIELDS OF DEVASTATION: A damaged cotton field casts shadows in the setting sun. Out of an estimated $1.3 billion in agricultural damage in the Southeast, $1.2 billion in damage is in Georgia alone. 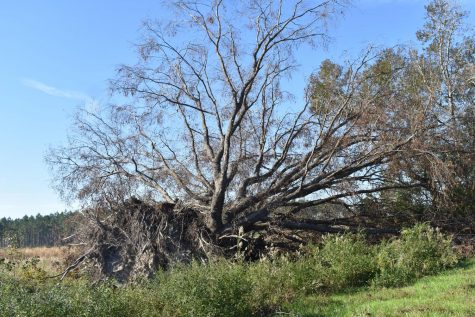 Lanier PickrenTREE TROUBLE: A large tree was blown over in the 110 mph winds. Hurricane Michael was the strongest hurricane to hit Georgia since the 1898 Georgia Hurricane.