Should high school school acts follow you throughout life?

Common high school activites should not follow you throughout life

I think we could all agree that the majority of elected officials in Washington go out after dealing with a gridlock and cut-throat politicians to have drinks.

In college, I assume as social, charismatic, upcoming politicians, they had their fair share of drinks. Maybe they even had some crazy nights in high school. Despite knowing this, we still elect them, and the actions they made in high school and college do not define the people they are today.

Maturity increases with age and as voters, we recognize this. People make mistakes as their frontal lobe continues to develop, and we hope they learn from them, which is why we hold people to a higher standard as their age increases.

As drinking patterns often change, the persona a person takes on when drinking often does not, and when that person causes harm to someone else when drinking, they must be held accountable.

In light of the most recent Supreme Court nomination of Brett Kavanaugh and the MeToo movement, Americans began to question to what extent people should be held accountable for the decisions they made when they were younger. What happens when it goes beyond getting too drunk? What happens when it is not rape but sexual assault? Where does the burden to prove fall: the accuser or the accused? Are people still innocent until proven guilty?

I am a woman growing up in a generation much more accepting than Dr. Christine Ford’s, yet I still grapple with these questions. My opinions on the matter are gray and circumstantial. The pain I feel for Dr. Ford is immeasurable, but I also believe in our legal system that nobody is guilty until found so by a proper jury.

We also expect more from people whom we instill our trust in, such as our Supreme Court justices. While I do not think someone should be on the Supreme Court whom the people do not trust, a person’s career should not be ended based upon accusations.

Our system to prosecute people accused of sexual assault needs to change. People are coming forward from when there were no advocates in society for the victim, but while we are not where we should be, the climate surrounding sexual assault has changed.

People should be held responsible for their actions when drinking or when they harm others, but it is naive and hypocritical to act as if politicians drinking is a rarity when we do not agree with their opinions.

In regards to Brett Kavanaugh, I do not know what happened that nightin 1982; nobody does who was not there that night, but I can hope. And I will. I hope that if the worst thing Kavanaugh has done is drink too much beer at a party, we can recognize that he was young.

I hope this experience encourages Kavanaugh to recognize the pain victims of sexual assault experience and use his power on the Supreme Court to advocate for women. I also hope that the government’s embarrassing excuse for an investigation does not discourage other brave women from coming forward to tell the truth. 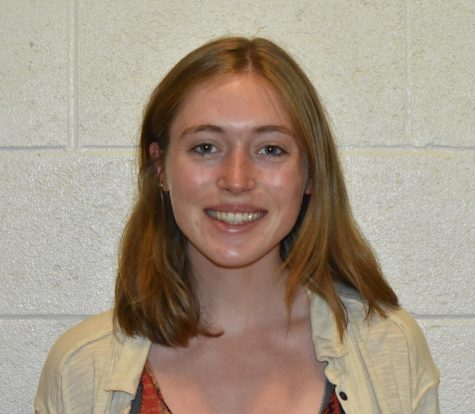 Ellie Werthman is a senior at Grady High School and co editor-in-chief this year. Along with working for the Southerner, she debates for the Grady Jesters...

High school sexual harassment and assault should always be punished

When Brett Kavanaugh was sworn in as a Supreme Court justice on Oct. 6, it sent a powerful message to all of America: acts of sexual harassment committed in high school, no matter how vile, won’t be punished later in life.

As a female in high school, I find this rhetoric extremely disturbing. Several of my peers and close friends have experienced sexual assault; at school, they are forced to interact every day with the people who assaulted them and caused them permanent emotional trauma.

According to the Rape Abuse Incest National Network, an organization that runs a sexual assault hotline, only 31 percent of rape cases are reported to the police, while only 0.6 percent of rapists — 6 out of 1,000 — go to prison for their actions.

This trend applies not only to rape, but to sexual misconduct in general. The pattern extends to the high school level, where sexual offenses committed by students within the school go unreported, and the students go unpunished.

While the MeToo movement certainly brought the issue of sexual assault into the public eye, much of its focus was on sexual abuse committed by adults. This doesn’t resonate among some of my peers who believe that making bad decisions, even at the expense of others, is just another part of being a teenager.

If Brett Kavanaugh faced the appropriate ramifications for his cruel acts, it would have sent a message to Grady students and high school students across America that even as a high schooler, sexual harassment or assault are never okay, and the consequences will catch up to you.

The part of the brain that controls decision making is not fully developed in high school students, and this certainly must be acknowledged when addressing the issue of sexual harassment. However, in the media, particularly in cases such as Brett Kavanaugh’s, high school students are portrayed as lacking any rational thinking skills whatsoever.

As a student, I find this incredibly insulting. I believe most teenagers are smart enough to know what constitutes harassment or assault. Unfortunately, it seems that some of them just don’t care.

This system is extremely unfair and unbalanced. Perpetrators of sexual harassment and assault are allowed to stay free without any repercussions whatsoever. Conversely, their victims are deprived of their mental health; the incident can affect their academic life, personal relationships and physical health, too.

Victims of assault, in particular, may be left with permanent psychological damage, including post-traumatic stress disorder, the same mental illness commonly found among war veterans.

Committing sexual assault does not simply represent a mistake on behalf of the perpetrator; it exposes a fundamental flaw in their personality. It involves forcing oneself onto a vulnerable person and taking advantage of them, and it shows a complete lack of respect for the victim’s emotions and boundaries.

Students graduate and life moves on, but the psychological wounds of sexual assault remain with victims forever. Therefore, it doesn’t matter how young they were when they did it. No perpetrator of such a heartless act should ever be allowed to go unpunished.