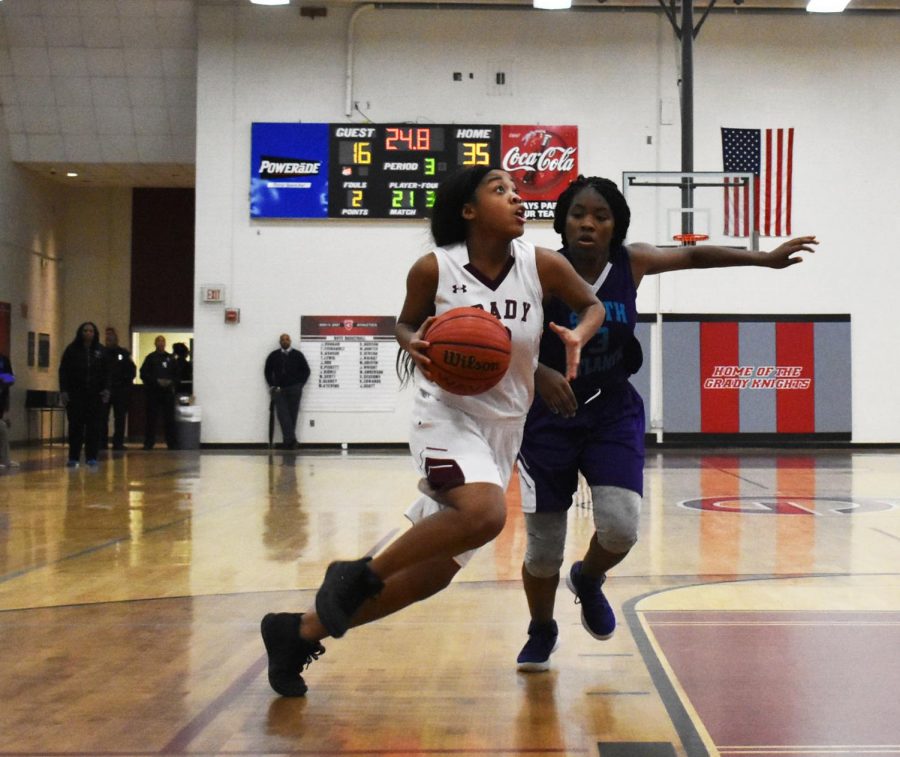 Junior Jaliyah Lett drives in the paint against South Atlanta. The girls won 40-27 in their first game of the season, surprising many after an unsuccessful 2017-18 season.

The girls and boys basketball teams played South Atlanta on Tuesday, Nov. 13. The Lady Knights won 40-27 in an impressive display against a strong South Atlanta side. The boys lost 55-53 against multiple-time state champions Hornets. The Knights next play on Saturday, Nov. 17 against KIPP Collegiate.