Living with a brother with autism: staff writer shares her story 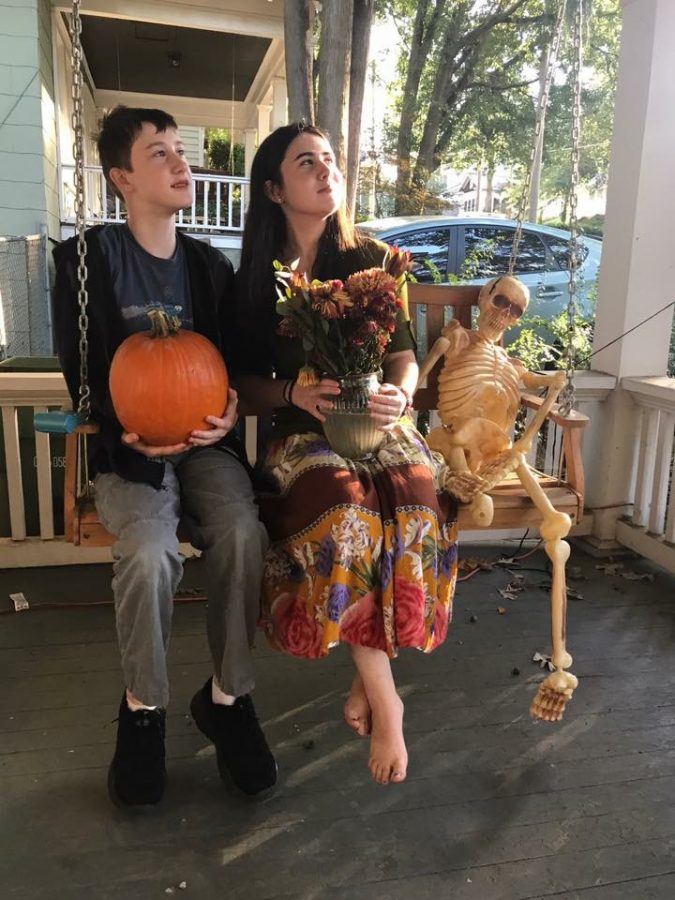 Maura O’Sullivan sits on the front porch of her house with her brother Finn.

Since age three, I’ve been part of a large and often unnoticed group: sibs. Sibs (short for siblings) are people with brothers and sisters who have special needs. My brother was diagnosed with autism when he was two and I was four, and he’s irrevocably shaped my path in life.

When I was in elementary school, I knew that Finn wasn’t like my friends’ brothers and sisters. My parents explained that he had autism, and that meant that he processed the world differently than I did. Loud noises, smells, and crowds tended to trigger sensory overload for him, and we left more than one festival with a flailing five year old in tow. Finn wasn’t very verbal early on, either; his speech patterns were rambling, and he repeated words and phrases in seemingly nonsensical sequences. He spoke his own language. When he was excited, he flapped his hands furiously; when he wanted to say something, he explained to the best of his ability and we translated to the best of ours.

Out of necessity, I learned patience and empathy from an early age. There wasn’t much of a “before” with Finn, so I grew up learning to connect with him and figure out what he needed, even when my parents couldn’t tell.

Though my parents did their best to make my life as normal as possible, living with Finn came with quite a few curveballs. For years, Tuesdays and Thursdays were therapy days. My mom picked me up from school and took us straight to Children’s Healthcare of Atlanta, where I sat in an observation room drawing for an hour while Finn did speech or occupational therapy. Navigating playdates and sleepovers was also an adventure. I was never sure what Finn would do when a friend came over. I wanted to protect him from judgement and alienation, but I couldn’t anticipate my friend’s reaction. In the back of my mind, I worried that guests would be scared or uncomfortable. Before people came over, I was sure to let them know that my brother was on the autism spectrum and what that meant.

Finn has grown tremendously in the past several years. For one thing, he never stops talking, and his off-kilter speech patterns have become neat, almost lyrical. He also inexplicably uses words like “scrumptious” at the breakfast table, which is always a delightful surprise.

At the end of the day, I love Finn and all of his idiosyncrasies, and watching him grow is an honor.

You can find resources for sibs at https://www.siblingsupport.org/