The sign at the entrance to Grand Canyon National Park in Grand Canyon Village, Arizona. The park is 1,902 square miles, and opened Feb. 26, 1919. (Annie Laster)

The sign at the entrance to Grand Canyon National Park in Grand Canyon Village, Arizona. The park is 1,902 square miles, and opened Feb. 26, 1919.

GRAND CANYON, Az
Sylvan Avark was visiting Arizona in 1977, when a friend told him he should visit the Grand Canyon. Avark took his friend’s advice, and went to see the sunrise.

Since his first unimpressed viewing of the park, Avark has traveled back multiple times with his wife. They have hiked nine miles down to the river and experienced a helicopter tour. Avark’s unpopular initial impression has changed.

“It grows on you,” Avark said.

While that is not the phrasing most people would use, Grand Canyon does inspire awe in the millions of visitors who travel to the park every year. In 2017, 6.25 million people visited the park and 211 million people have visited since its opening in 1919, according the National Park Service.

“The parks offer appreciation for our country,” said Lisa Smith, a Gifted Education teacher at Springdale Park Elementary School, one of Grady’s feeder schools. “It’s so vast and diverse. I want to open students’ eyes to that diversity.”

Smith teaches second, fourth and fifth graders at Springdale Park. One of her favorite units is National Parks. She has students choose two or three parks they are most interested in, and then pairs the student with a park to learn about.

“I have the students do projects on the weather, overall park, natural features, and the plants and animals…then I have them create a brochure persuading people to visit their park,” Smith said.

Tisha Tackett has been a park ranger at Grand Canyon National Park for one and a half years, but has worked in the National Park System for over 10 years. Similar to Smith, Tackett believes one of the most important aspects of the park is the education it provides to the youth.

“Kids come and see how amazing it is, and bring their kids or significant others, and that helps the park in the future,” Tackett said.

Out of all the parks Tackett has worked at and visited she has two favorites: Grand Canyon and Padre Island National Seashore.

“I had a two day temporary job [there], and I got to see a sea turtle release,” Tackett said. “The Kemp’s Ridley Sea turtle lays its eggs onshore, and the rangers pick up the eggs from the nests and put them in incubators to protect them…when they hatch, they put the babies on the beach at sunrise, and we all were able to watch them walk to the ocean.”

Similar to Tackett, Avark believes the parks are very important for people to experience. Avark was a doctor in the Vietnam war, and his tours of duty have taken him around the world. He lives in Germany with his wife, but still frequently visits Grand Canyon, his favorite park.

“I think a lot of the trouble we’re having is because people are getting separated from nature,” Avark said. “People grow up in cities, thinking milk comes from a carton…The parks can reconnect people with nature.”

Today, the parks are under threat by the government. Bears Ears and Grand Staircase Escalante National Monuments have been cut by over a million acres to allow for more mining in the area. Ten out of twelve members of the National Park Service Advisory Panel resigned in protest of the administration.

This concerns Smith. “Once the lands are tainted, there’s no going back,” she said.

The less interested nature of today’s government makes Tackett thinks it is even more important than ever to visit, protect and support the parks.

“It is important for people to fight for the parks, especially if the government isn’t concerned about protecting them,” Tackett said. “After you’ve come and experienced and seen it yourself, you’d want to fight for it.” 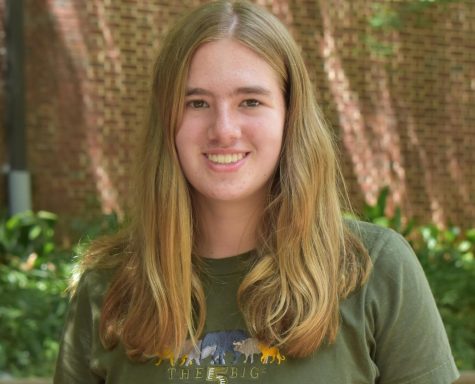 Annie Laster is a sophomore and section editor of Lifestyle. When she's not working on the newspaper, she is traveling, hiking, playing volleyball, or... 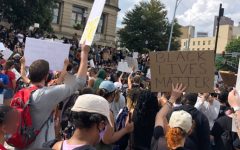 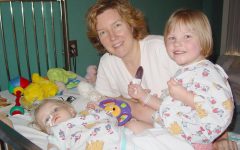 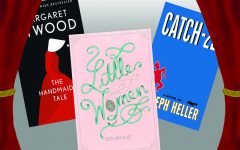 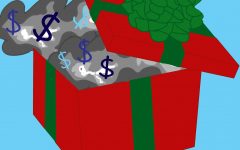 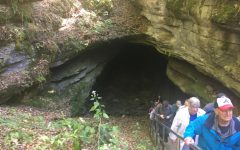 Explore the best parks in the Southeast 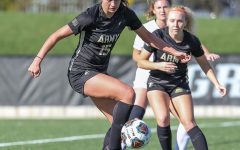 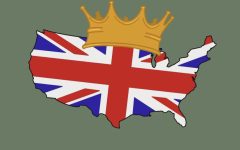 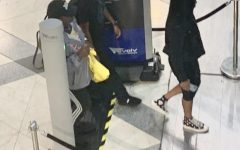 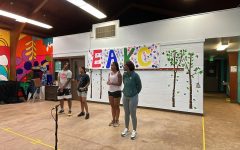 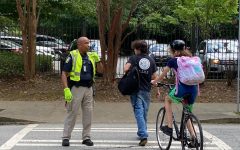