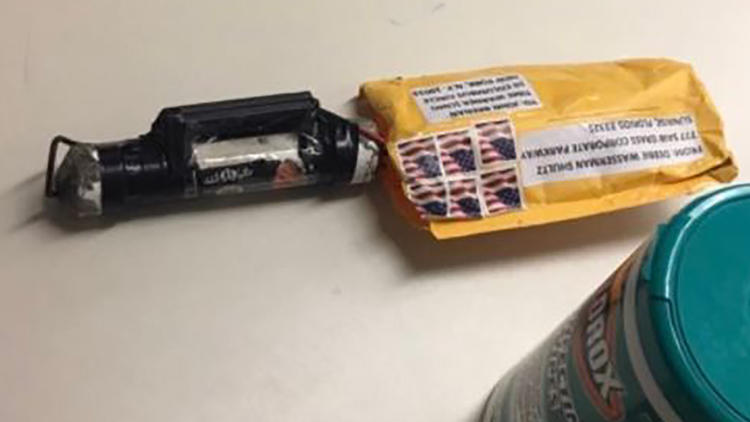 Courtesy of the Chicago Tribune

Public figures have long learned to brace for grueling treatment. From slander, to ridicule, to threats, prominent individuals are no foreigners to the harshness of the public. The political landscape is no different. Today, the Secret Service said it intercepted pipe bombs intended to be sent to seven politicial figures, including Hillary Clinton, former Attorney General Eric Holder and former President Barack Obama. None were ever in danger or receiving the devices, the Secret Service said. A package was also discovered in the mailroom at CNN in New York.

“In these times we just have to unify,” President Donald Trump said in a press conference. “We need to come together and send one very clear unmistakable message that threats or acts of political violence of any kind have no place in America.”

The FBI and Joint Terrorism Task Force are investigating the incident, which targeted democratic leaders and news outlets. The recent explosives come two days after pipe bombs were found in the home of liberal philanthropist George Soros.

Political harassment is nothing new. Senator Ted Cruz has faced multiple instances of harassment, including an event in which he and his wife were chased out of a Washington, D.C. restaurant for the senator’s support of then Supreme Court nominee Brett Kavanaugh. However, political jargon and charged speech has seemed to worsen political threats in recent years.

Anita Hill’s 1991 testimony, claiming she was sexually harassed by Supreme Court Justice Clarence Thomas, then a nominee to the court, led to a slew of threats of rape and murder from strangers. Today’s announced incidents are evidence of increased national tension.

The U.S. is no new recipient to intense, politically-charged acts of violence. Days after the terrorist attacks on Sept. 11, 2001, letters containing the deadly bacteria anthrax were sent to media outlets and congressional offices, killing five individuals. After several Alabama women accused Senate candidate Roy Moore of sexual assault, the home of Tina Johnson, one of the accusers, was burned down.

The difference, however, is that this in today’s political climate, volatile speech is catalyzed by two factors: technology, and political officials’ low standards for rhetoric.

Technology is a notorious catalyst of speech, but nowadays, it is used to propel similar acts of harassment and violence. Veronique De La Rosa and Leonard Pozner, parents of six-year-old Noah, who was killed in the Sandy Hook shooting in 2012, have moved seven times under threats from those claiming the two are “actors” and part of a national conspiracy.

The second catalyst is the newly-developed attitude of politicians toward such rhetoric, and it transcends both sides of the partisan split. News outlet “The Economist” linked the source of the increasing intensity of political threats  to the violently-charged messages of politicians and political commentators.

Published weeks prior to the explosives incident, the article, however, denounces worries over serious threats, especially of those regarding President Trump’s rhetoric in rallies.

“Despite the onslaught of death threats, Mr. Trump’s tirades and online nastiness there is, so far, no obvious sign of more actual violence.”

The incidents regarding the explosives distribution is indicative of a larger problem, however: the fiery rhetoric and speech of the political landscape. In New York Mayor Bill De Blasio’s address to the public, he cited the influence of politicians on the tumultuous landscape.

De Blasio said the event is “an act of terror attempting to undermine our free press and leaders of this country. To all public officials, to all partisan affiliations – don’t encourage violence; don’t encourage hatred; don’t encourage attacks on media. You can disagree, but you have to show respect.”

Politicians are not the sole cause of violence, but awareness of the impact of speech is essential to the composure of political officials. Politicians and news outlets have both circulated jargon that influences instances of harassment and violence, on both sides of the political spectrum.

So while leaders are not entirely to blame for this resurgence, it is extremely important that politicians analyze the violent rhetoric that seems to be flooding the American public.