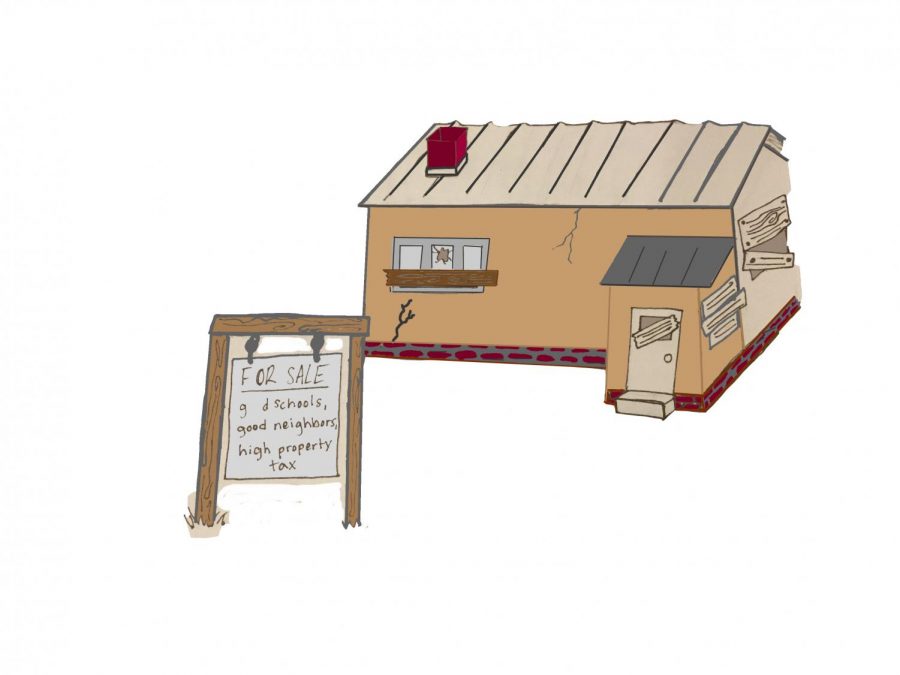 The recent phenomenon of Gentrification sweeping through Atlanta has caused a demographics shift unseen at Grady High School in decades.

In major cities such as New York, Los Angeles and Atlanta, the influx of wealth and development into historically-impoverished communities continues to force out thousands of lower income, primarily minority citizens.

Centered in Midtown Atlanta, Grady’s community is no exception. Gentrification, the process of transforming formerly economically-depressed areas into middle and upper middle class communities, has impacted Grady to such an extent that for the first time since the 1970s, black students are no longer a majority.

In 2009, Grady’s population included 977 black students, 367 white students and much smaller numbers of Asian and Hispanic students. Now, almost 10 years later, it includes 576  African-American students and 591 caucasian students along with a growing Hispanic population, as those with Hispanic ethnicities account for 8 percent of the student body according to Atlanta Public Schools demographics information.

Gentrification hasn’t been the only cause of this rapid shift. Two important district-made decisions helped influence  the pool of Grady students. These were abolishing the communications magnet program and the APS’s rezoning.

“We used to pull from King Middle and now, of course, we are purely Inman,” school business manager Byron Barnes said. “Also, in the time that I have been here, we have phased out the magnet program, which allowed students from other parts of the district to attend Grady.”

Grady’s magnet program started in 1981 as the School of Communications and lasted until 2011 when the Gates Foundation donated money to open small learning communities. As the communications magnet for all of APS, Grady drew students from all over the district, which increased the school’s diversity.

“When the magnet ended, that seriously changed the socioeconomic demographics,” said AP Literature and Composition teacher Lisa Willoughby, who has taught at Grady for 34 years. “At that time, the magnet brought in students from all over the school system. We got students from all kinds of elementary schools, which brought in a lot of middle class African-American students.”

Because the magnet program drew from such extensive areas, it allowed for Grady to hold true to its motto of “Individually we are different, Together we are Grady” than it does today with clearer divisions in the student body.

“Part of the split that exists at Grady now exists because kids who are poor are largely African-American and the kids who are affluent are largely European-American, for the most part,” Willoughby said. “This means that the division is both class and race which exacerbated a lot of the divisions today and that didn’t exist when the magnet program was here because it brought in middle class African-American kids who helped blend the school.”

The trend of ethnic breakup, which started with rezoning and the termination of the magnet program, continues to be fueled by persisting gentrification and shows no sign of slowing down. The freshman class is the largest class in history at Grady and only 36 percent of this class are African-American an immense difference from prior years. This majority may seem like a small increment but Inman Middle is Grady’s sole feeder and has a 53.3 percent caucasian majority which will influence Grady in the future.

“I think people are going to continue to be priced out of living in Midtown,Virginia-Highland and Morningside,” said Herrera. “I think with the old Howard High School now becoming Howard Middle and Inman going over there, that gentrification of the Old 4th Ward is just going to continue to outpace itself and we will probably see that gentrification further impact our demography here at Grady.”

It isn’t just administrators and faculty that have noticed the demographics shifts in Grady over the past several years. Students have noticed, too, and they worry about how it will affect their school’s identity.

“The true shame in the changing demographics of Grady isn’t necessarily how the school looks from the outside,” said senior Harrison Gray. “This change which represents the issue of Gentrification poses the biggest threat to who Grady is.”