Pertinent for all to see `The Hate U Give’ 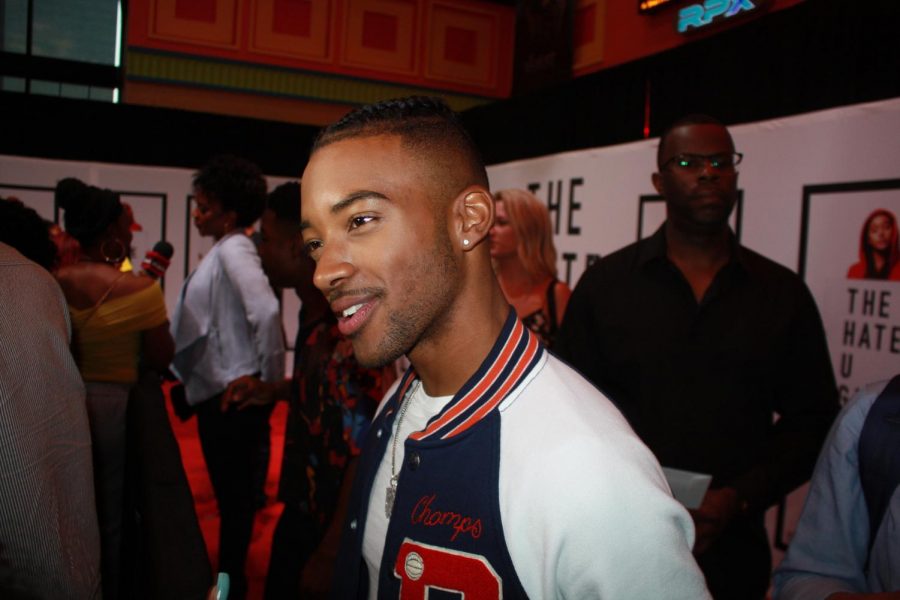 At the premiere of The Hate U Give, Algee Smith, who plays Khalil, answers questions about eliminating microaggressions.

With a heartbreakingly honest story of police brutality that had the audience laughing, crying and cheering together as Starr Carter (Amandla Stenberg), discovers who she must become after she watches her childhood friend get shot by a white police officer.

Moments before he was murdered, Carter’s friend Khalil (Algee Smith) quotes Tupac who once said “THUG LIFE: The hate you give little infants [expletive] everyone,” and explains its relevance in society still.

The hard part about realizing something is still relevant is that society has not evolved, especially at the rate at which we would hope. Systemic racism still plagues communities. And, unfortunately, this system puts the lives of minorities at risk.

The white cop shoots Khalil thinking he is reaching for a gun when it was in fact just a hairbrush. Unless someone pulls out a gun and starts running toward a cop, shooting someone should not be the first response, and this movie makes that idea clear.

The film addresses the issue of how the police handle black people versus white people when they pull them over in a tense conversation between Carter and her police officer uncle (Uncle Carlos portrayed by Lonnie Lynn). This is an eye-opening moment for Carter and offers perspective to audience members who had not been previously forced to consider the situations. Carter’s journey through the film provides insight to viewers who may regularly take the side of the police officer.

“Black people can’t even win in their own movies,” said David Banner, who attended the premiere. “We perpetuate the same pain with no ending to it. We keep losing … and I’m tired of it.”

Beyond police brutality and the Black Lives Matter movement, this film shows an accurate example of W. E. B. du Bois’s double consciousness theory, a term describing the internal conflict black people face between how they act in their own communities versus how they feel obligated to act in a white community.

Carter feels unable to speak and act the way she does in her own neighborhood knowing if she does, then she will be deemed ghetto. Throughout the film, the viewer empathizes with Carter and white viewers are able to view the struggle that black teens face and the double standard they have set up within society.

“The Hate U Give” is a critical movie for all races to see, and the honest story is one pertinent all.