Class ranking should be readily available for students to view 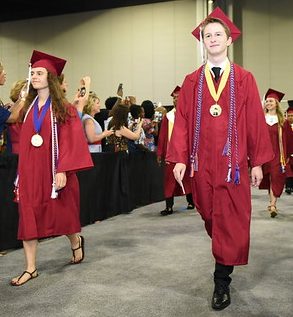 Class ranking should be readily available for high school students. During my three years at Grady, students have easily requested their transcripts online, with their class ranking and semester grades shown. Currently, class ranking is a controversial issue. Grady’s counselors declined a comment about class ranking, saying it was a policy being discussed at the district level. To me, there is no gray area.

Class ranking is a mathematical summary of a student’s academic record compared to those of other students in the class, according to the College Board, an organization that prepares and administers standardized tests used in college admissions and placement. Class ranking is determined by both the degree of difficulty of the courses a student is taking and the grade the student earns in those courses. An overall GPA from both criteria is then determined. The higher the GPA, the higher the class ranking. Traditionally, class rankings have been used by high schools to determine valedictorians and salutatorians

Class ranking is an encouraging statistic for some students and helps them gauge how they are doing compared to their peers. In a class of around 350 students, it is hard to know how your grades compare to everyone else’s without knowing your class ranking. It becomes something that you can look forward to improving over the course of your high school career.

Additionally, if you are number one in your class when senior year comes, chances are you will be the valedictorian of your class. With the absence of class ranking, it would be hard to gauge where you fall in that race.

With the presence of class ranking, there is less emphasis on standardized test scores such as the SAT and ACT. The controversy over standardized tests when applying for college is another issue, though.

Class rankings are also useful when applying to college. Although all schools do not require you to submit a class rank, the class ranking can still be used in the decision-making process at some schools. Most large state universities and many scholarship programs require applicants to have a class ranking on their applications, according to the College Board.

Another advantage of class ranking is that high schools do not need to submit as much background information about the school and its programs to the colleges. College admissions officers have an easier time determining who should be accepted and to whom and how much scholarship money should be awarded.